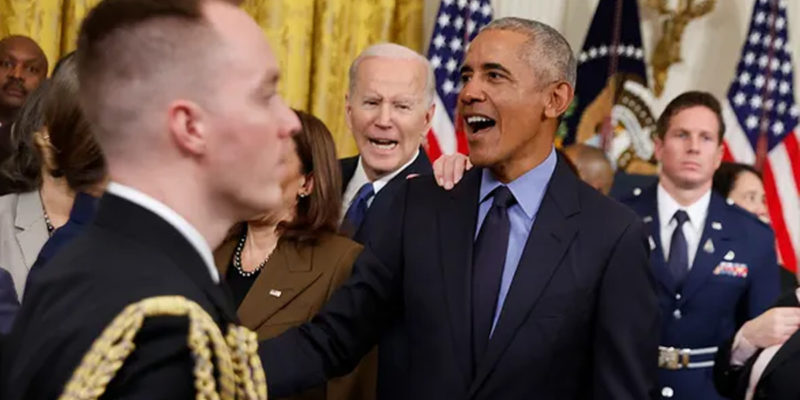 For something over a hundred years, pushed along in four main cycles, America has flirted with the allure of government dependency. Roosevelt, Johnson, Obama, and now Biden all have imparted a form of populism tinged with socialism that today we call Progressivism. Of all these cycles, Biden’s current effort to “reset America” has gone too far and will result in the unintended consequence of opening America’s eyes to the dangers of Progressive intrusion into their freedom. The outcome of his radical push to the far Left will instead drive the great pendulum that is American social and economic thought vigorously to the Right.

Biden’s actions appear as a metaphor that describes a second-born child, always in competition for the love of his parents who he perceives as favoring the eldest child. In his case that older brother was Obama, and his parents are the American people. Biden clearly wants to out “Progressive” Obama, and in doing so he has surrendered policy decisions to the far Left elites that he has surrounded himself with and has come to rely on the many left wing radicals that are his department heads and the bureaucrats that staff his administration.

His efforts to outdo Obama’s legacy has instead created a spectacular gift for Republicans and moderate politicians. In but eighteen months radical policies and inept leadership have transformed the great American middle class from very comfortable prosperity to a genuine fear of the future. Tens of millions of workers who counted on pensions and 401ks now face the reality of diminished or no retirement savings. More tens of millions of blue-collar Americans who enjoyed their own form of prosperity even as they lived from paycheck to paycheck now face being driven into an economic maelstrom, exacerbated by dependency on high-cost debt. And another tens of millions of lower income citizens will be the first impacted by inevitable layoffs that follow economic an downturn, forcing them to surrender any hope of their own American Dream as they become wards of Biden’s welfare state.

The great fog of politics has been swept away by the dismal prospects of the American people. No matter what the current batch of Democrats say, no matter how much succor the media lends to their Progressive kindred spirits, Biden’s legacy will most likely be remembered in the same light as that other disgraced Democratic leadership failure, Jimmy Carter. And who knows, we may even see the return of traditional moderate Democrats as America seeks to replace the radicals.

It will take a generation or more to erase the trauma that has been wrought by Progressive ideologs. The result will be that deep in their psyche American voters will know that Progressive policies have robbed them of their birthright, and so they will want nothing more to do with any Progressive folly.

History repeats. Just as the decade after Carter was drummed out of office saw Americans bask in Reagan’s economic miracle, thanks to Biden the pendulum will now swing to the Right and America will see a long-term return to economic sensibility and political sanity.

Biden is a gift to Americans that will keep on giving, just not in the way he intended!

Interested in more national news? We've got you covered! See More National News
Previous Article Susan Hutson Refuses To Do An Interview With News Station That Investigated Her Communications Director
Next Article West End Projects: The Money Is Not Worth The Damage