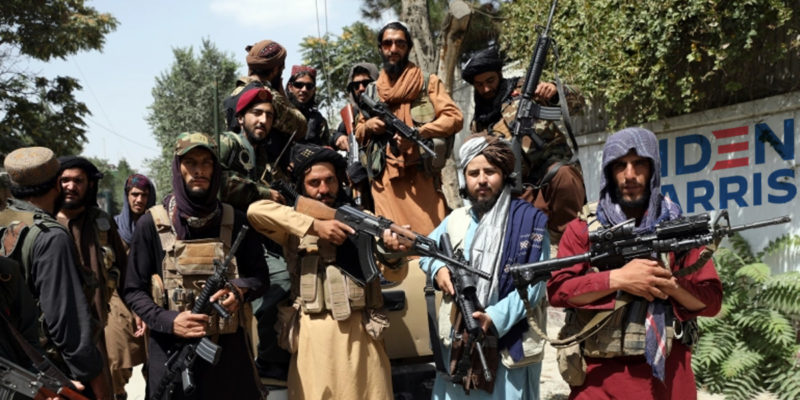 I don’t want to launch into too lengthy a diatribe about Joe Biden and his idiotic bitching on gun control last night in a prime time address. Nothing the man said was worthy of credit, so wasting a perfectly good Friday answering this irrelevant old fool, whom the public has largely abandoned as a national mistake, is something which must be done only in moderation.

If you want details on Biden’s speech, Breitbart did a fairly good job with those. Biden said he didn’t want to take away anybody’s gun rights and then launched into a long spiel about doing exactly that.

This from a man who thinks a 9 millimeter bullet will knock your lung out of your body and who calls an AR-15, a semiautomatic, medium-caliber, medium-powered rifle, a “weapon of war.”

Well, first of all, our potato-brained crook of a president should probably answer for the $85 billion in actual weapons of war that he surrendered to the Taliban in Afghanistan less than a year ago before he begins to agitate for the surrendering of civilian weapons of self-defense in America. Every American is made far less safe by Biden’s deliberate actions in leaving that weaponry behind before bugging out of that country, and he is in no moral position to lecture anyone about the possession, sale or lawful use of common, ordinary rifles as a result.

It ought to offend every single American that Joe Biden is going to tell any of us what we should have or not have where it comes to weapons in light of his own performance against an enemy we’ve sworn against for two decades.

He won’t even seal our border against the flood of Chinese fentanyl which kills ten times the number of Americans who die by a gun, period, much less a rifle. And he wants to preen about AR-15’s?

But most of all, the affront to Americans’ intelligence here is most acute given Biden’s own family history. At The Federalist, Tristan Justice delivered a solid potato-mashing to last night’s speech…

President Joe Biden is on a full-blown crusade to regulate or repeal the Second Amendment out of existence. While Democrats are often not honest about their intentions, this has always been their true agenda. Biden’s son, Hunter, who appeared to purchase a gun illegally in 2018, could be among those hardest hit.

On Thursday night, the president went on a nearly 20-minute tirade on the need to ban “assault weapons,” whatever that means.

Details aside, President Biden doesn’t have room to speak on gun control until his son faces, at minimum, a substantive criminal investigation into his answers on a background check when purchasing a firearm in 2018.

When asked by the Firearms Transaction Record (Form 4473) whether he is an “unlawful user of, or addicted to, marijuana or any depressant, stimulant, narcotic drug, or any other controlled substance,” Hunter Biden answered, “no.”

While it’s unclear whether Hunter was an active user at the time, it’s far from inconceivable following repeated rehab visits in 2003, 2010, and 2014 for treatment with highly addictive substances. In 2014, Hunter was discharged from the Navy for cocaine use, and according to the New Yorker, went on another cocaine binge in 2016.

Three years later, the president’s son abandoned his laptop at a Delaware repair shop. It possessed graphic footage of the first son appearing to smoke crack cocaine during sexual encounters. In 2018, the same year Hunter purchased the revolver apparently found abandoned in the garbage by Secret Service, the younger Biden was suspected of smoking crack in a D.C. strip club.

Lying on a Form 4473 to purchase a firearm is a felony offense that can carry up to 10 years in prison and a $250,000 fine. Before Biden goes on lecturing Americans about responsible gun ownership and threatening to regulate ownership out of existence, some self-reflection is warranted.

Just so. Before any of us have to listen to this demented buffoon’s slurring tirades over our God-given rights we should be demanding that the law be enforced against his crackhead son for a clear violation of federal law on background checks. After all, Biden is agitating for those to be ramped up, isn’t he? How about some across-the-board enforcement of the law already on the books, Joe?

You’ll scream that into the abyss for the rest of your life before you’d ever get an answer from Biden or his handlers on Hunter Biden’s flagrant violation of the gun laws already on the books.

Because criminals don’t follow the law and they refuse to be held accountable for their failure to do so.

And this president looks, sounds and acts like a criminal.

He won’t enforce the law against his own son, who he says is the smartest guy he knows. But he wants to weaponize it against you.

You’re under no obligation to give this man the time of day. He must be made as irrelevant as possible until he no longer occupies the White House. Our liberty, and safety, depends on it.