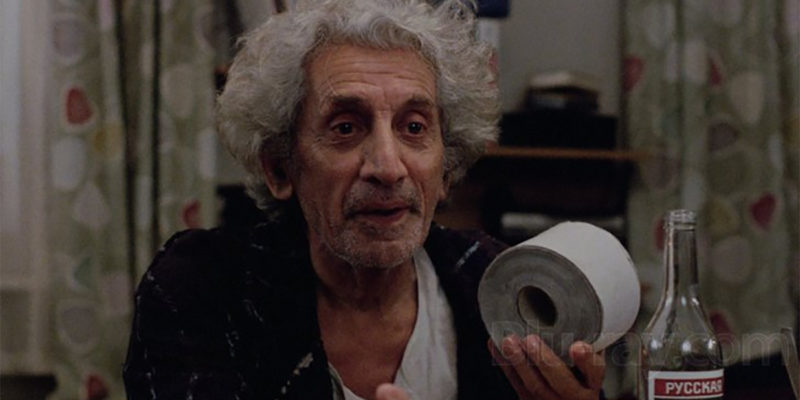 Ask just about any Baby Boomer or Gen X-er about what Russia was like before the fall of the Berlin Wall, and terms like “miserable,” “dictatorship,” or any number of negative words would come to mind. In the early eighties, Robin Williams starred in a movie called Moscow on the Hudson in which he played a Russian saxophonist who defects to America. The beginning of the movie shows his character’s life in communist Russia. The Romanian series “Comrade Detective” confirms the kind of life that people in the communist bloc lived.

There is a scene in Moscow on the Hudson in which Robin’s character is at home with his Russian family and the news is playing in the background. His grandfather is watching the news and yells to the TV, “Horseshit! You smiling bastards. Next, they’ll tell us the crops are good this year,” and immediately the news came with “The agricultural news is excellent this morning.” The grandfather laughs and says “Lies, tell us more lies.” The rest of the family begins to try to stop the grandfather from speaking up in their apartment because dissent is illegal.

It seems to be increasingly important to remind people of how despotic governments work. That the government is constantly monitoring what you say to make sure that you are speaking approved speech and the media does its patriotic duty and parrots the government lines. It’s not only the Soviet Bloc but was true in Nazi Germany with their government ordained disinformation board called Ministry of Public Enlightenment and Propaganda.  When government has truth on their side, they don’t have to limit speech. But when Government is dishonest, they have to carefully craft their message and take great pains to ensure the truth doesn’t get out.

While the January 6 Reichstag hearings will be remembered more for McCarthyism than its legitimacy, there are those in the media who would sacrifice the freedom of the press in favor of political obedience. When the media is more interested in forwarding the government’s position than to hold them accountable, there’s a real problem on our hands. The latest example is that the official definition of recession being changed by the Biden administration in order to avoid being in a recession. It doesn’t change the fact that the economy is shrinking or that GDP declined for the second straight quarter.

At the beginning of 2021 people were beginning to return to work in a big way with the vaccines becoming more widely available and jobs were unfilled. In typical Joe Biden “take credit, pass blame” fashion, Biden was quick to take credit for the economy coming back. This was to the ire of many Trump fans who felt like he deserved credit for the economy. During this time, Pendejoe and the Democrats were building a brick ceiling of that economy and it wasn’t noticeable until the economy hit that brick ceiling.

You’ll hear things such as “The Republicans are equally responsible.” But are they? How many times did the President declare that not “one single Republicans voted for my plan?” Yet, despite their unwillingness to destroy the economy they didn’t have enough votes to stop his economic plan. This is all on the President, his cabinet, and the Democrats in congress. If the Republicans were standing in his way, and he didn’t need their support anyway, how are they then to blame?

And he’s had some Republicans who were willing to bend over and help Biden. Louisiana’s own Bill Cassidy who has been extremely disappointing lately would surely jump on board and help Pendejoe spend more money. And yes, Senator Cassidy was travelling the state late last year bragging about his inflation stimulus plan that he helped negotiate. At the time, we told you that Cassidy helped fuel inflation when inflation was already becoming a problem. With gas prices rapidly increasing again, (Rbob jumped up 40 cents this week), inflation still sky-high, electricity bills rising, and the feds stepping into to purposely slow the economy by raising interest rates, the Democrats plan seems to fast track us into a third world status. It’s as if the goal is to impoverish people to the point where they don’t have the ability to fight back. It certainly seems that their theory is, it’s much easier to rule dependent poor people than it is to rule an independent middle class.

Surely the Democrats will pass an economic plan before the mid-terms so they can go back and brag to their constituents about how they fixed the economy, but what it will do is send the economy into shambles well into the summer of next year. If the Democrats remain in power, they’ll attempt to pass another economically destructive plan next year. It’s more important now than ever to defeat them at the ballot box.