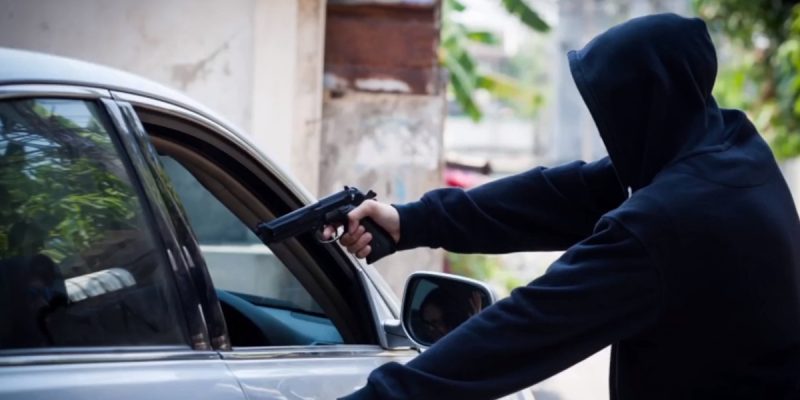 In view of the increasing number of carjackings in Shreveport-Bossier—as well as the uptick in those occurring in Baton Rouge and New Orleans—it is worth revisiting the law that provides for the right of self-defense if citizens of Louisiana are attacked while in our vehicles, businesses, or in our homes.

Louisiana Revised Statute 14:20 provides for the definition and elements of Justifiable Homicide (killing).

This statute states that a “homicide is justifiable” when committed in self defense by an individual who reasonably believes that they are in imminent danger of losing their life or receiving great bodily harm and that, therefore, … the killing is necessary to save the individual from that danger. (Emphasis added).

The statute also requires that “the circumstances must be sufficient to excite the fear of a reasonable person” such that the individual would face serious danger to their own life or person without the act of self-defense.

However, this deadly force may only be used by someone who is legally inside a given dwelling, place of business or motor vehicle against someone who is making an illegal entry.

That seems simple enough.  However, there is another provision in the statute that further strengthens the right of the victims to defend themselves with deadly force.

The statute then states that in a dangerous, violent situation like those occurring frequently across our cities and state “ … there shall be a presumption that a person lawfully inside a dwelling, place of business or motor vehicle held a reasonable belief that the use of deadly force was necessary” to prevent the illegal entry or to compel the criminal intruder to leave. (Emphasis added).

This presumption is very important—as are all legal presumptions—and essential to creating an effective, durable right of self-defense.

Why? Because this presumption makes far easier the victim’s defense  against a murder charge by providing the “benefit of the doubt” to the victim that they were justified in using deadly force in one of these dangerous circumstances—when the attack occurs inside a dwelling, place of business, or motor vehicle.

The statute also specifically provides that innocent, law-abiding citizens who are in a place that they legally have a right to be, have “no duty to retreat before using deadly force” and may “stand his or her ground” and “meet force with force.”

In summary, the smaller point is that this statute is simply the recognition by our state legislature that violent crimes frequently occur and that the right of the innocent victim to protect and defend themselves is a sacred one.

The larger point is that while our U.S. Constitution does not contain the words “self-defense,” that right is still unquestionably implied by and provided for in the 2nd Amendment—the individual right to keep and bear arms—as well as flowing from the philosophical principle that the right of self-defense is a natural right that derives from the sovereignty and inherent dignity of the individual.

The right of self-defense from crime—as well as from a tyrannical government—is the fundamental purpose of the 2nd Amendment.  It is not a right granted by government—only preserved by it—and therefore it is a right that government cannot constitutionally take away.

It follows then that a natural right must flow from natural law—which philosopher John Locke called “laws of nature”—God’s law, and, as such, these natural rights exist outside of, and are clearly distinguishable from positive law, which refers to ordinances, regulations and statutes that have been enacted by a legislature, court, or other human lawmaking entity.

These natural rights are what Thomas Jefferson meant when he stated in the Declaration of Independence that “We hold these truths to be self-evident, that all men are created equal, that they are endowed by their Creator with certain unalienable Rights, that among these are Life, Liberty and the pursuit of Happiness” – rights to which, according to Jefferson, “The Laws of Nature and Nature’s God entitle them.”

The Right to Life through self-defense is one of the clearest manifestations of our intrinsic natural rights, and through this statute the Louisiana Legislature has provided its citizens with a powerful method by which to exercise it.

Interested in more news from Louisiana? We've got you covered! See More Louisiana News
Previous Article SADOW: Could Adrian Perkins Really Be Disqualified For Re-Election?
Next Article APPEL: Louisiana Public Education Is A Total Failure. What Do We Do About It?