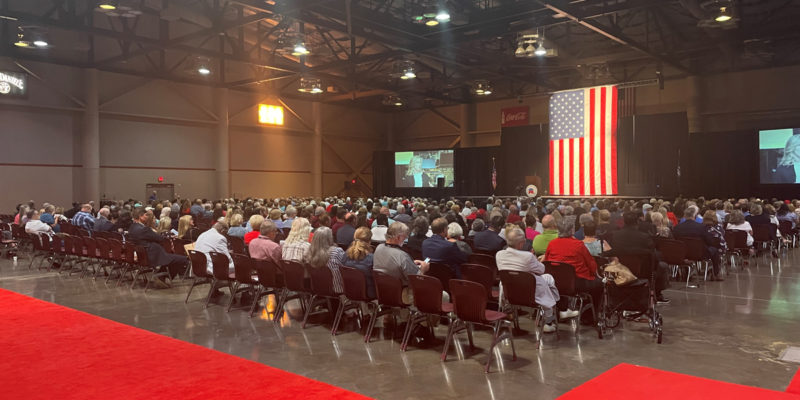 My deepest thanks go out to the eleven hundred and fifty-two folks who attended Victory 2022 in the last weekend in June. By all accounts, the event was a complete success, and for this I would like to especially thank Rhett Davis, Lenar Whitney, Jeff Giles, and the entire LAGOP staff. Without their efforts, this event simply could not have taken place.

And what an event! Ben Carson spoke at our Friday luncheon with a heartfelt speech at the Petroleum Club. I didn’t know whether he preferred to be called “Mr. Secretary” or “Doctor Carson,” but I soon found out that he just preferred “Ben.” Once he began speaking, it didn’t take long for us to realize that we were in the presence of a great but humble man.

The Saturday breakfast featured none other than Dinesh D’Souza, one of the leading lights of the conservative movement, followed by the showing of his new movie “2000 Mules.” After a well-attended luncheon honoring our legislative delegation, our main session began with Louisiana’s own version of Rolling Thunder, Clay Higgins and his band of Harley riders, and speeches by Garret Graves, Clay Higgins, Billy Nungesser, Jeff Landry, Kyle Ardoin, John Schroder, Mike Francis, Eric Skrmetta, Tony Perkins, NFRW President Eileen Sobjack, and more.

A good time was had by all, but the point of the meeting was not forgotten. This was our first major event since COVID reared its ugly head nearly two and a half years ago. The LAGOP intended to make a statement, and make a statement we certainly did!

For all that time, this party fought against oppressive, constantly changing and contradictory government mandates which sorely tested our personal freedoms and severely damaged our national economy. For two and a half years we suffered through constant media criticism and government harassment which at one point forced the LAGOP to meet in a church to avoid the physical disruption of our meeting by government officials. All the while our members risked arrest for exercising their basic Constitutional rights!