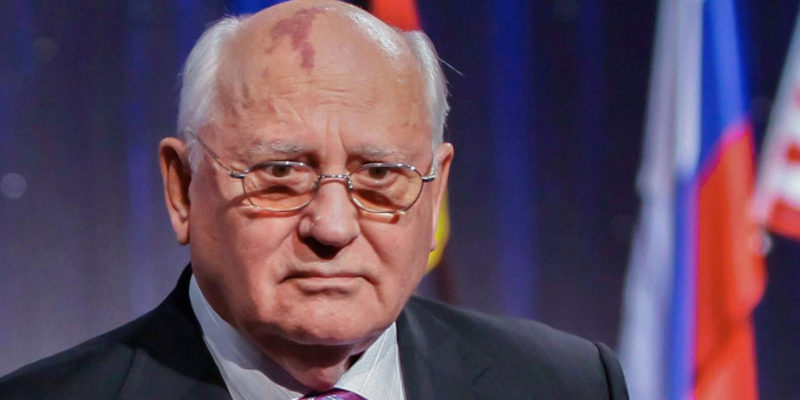 Mikhail Gorbachev, the last leader of the Soviet Union who was presciently described by British Prime Minister Margaret Thatcher as “a man one could do business with,” passed away this week. His passing marked a departure of the most critical figure in the peaceful termination of the four decades long Cold War.

Gorbachev’s legacy differs depending on where it’s being viewed.

A millennial Russian nationalist in Yekaterinburg and a 40 year old lawyer in Kaunas, Lithuania might both view Gorbachev with contempt yet for very different reasons, while a retired German diplomat from Bonn and a New York City world affairs reporter hold the Russian leader in high esteem.

For many Russians, Gorbachev is viewed as the personification of defeat for seemingly helplessly presiding over the humiliating dismemberment of a powerful Russian Empire that was operating under a red banner.

For the free world, particularly the American media, Gorbachev was the object of much fawning for liberalizing his country and, along with Ronald Reagan, turning down the global political thermostat and lessened the prospect of nuclear conflict between the two global superpowers.

Contrary to the modern anti-history movement that insincerely and irrationally demands perfection of the great figures of the past, Gorbachev should be viewed in appropriate context.

Gorbachev was a Soviet leader and the faint of heart and Christian in spirit don’t advance through a party bureaucracy with a foundation of 70 years’ worth of mass political purges.

There are no virgins in the Soviet Politburo by design to ensure self-preservation through shared complicity.

Gorbachev was a committed Communist and wanted to see the USSR endure and its captive non-Russian “republics” remain under Moscow’s domination.

Gorbachev wanted to reform the Communist system to make it economically viable, much like what Deng Xiaoping achieved in post-Mao though still very Marxist China.

Gorbachev ordered military crackdowns on independence movements in the Baltics causing conflicts between the locals and armed Soviet detachments that resulted in the deaths of Lithuanian and Latvian protestors.

And while Gorbachev might still be resented for the military deployments in Tallinn, Vilnius, and Riga, that the memorials to the fallen on those cities don’t have far more names is due to Gorbachev’s relative restraint.

By contrast Stalin had tens of thousands of Balts scattered to gulags across Siberia and many others executed by the NKVD.

Winston Churchill’s legacy has been defined for his courageous, resolute, and lonely defiance to Hitler’s near successful drive to envelop Europe in a millennium of darkness and not his role in attempting to brutally crush Irish independence rebels and his crude denigration of Indians aspiring to shake off the last vestiges of British colonialism.

So should Gorbachev be remembered primarily as the man who tolerated the fall of the Berlin Wall, the end of Soviet proxy rule in Eastern Europe, greater freedom in Russia (at least measured by the standard of a country that has never known true democracy), and helped prevent a global nuclear winter.

If you want perfection, read the Bible and not a history book. And if you want to worship a man devoid of flaws, seek the Messiah not a president or prime minister and certainly not a party general-secretary.

Compared to the blood soaked tenures of Lenin, Stalin, and Brezhnev (even the obnoxious Khrushchev was St Francis of Assisi compared to the aforementioned), Gorbachev was relatively benign in deed and selfless in legacy in the grand scheme of things.

And if the only virtue Gorbachev possessed was the restraint to walk away from the Kremlin in a radioactive fallout-free world, then the Soviet leader had done a lot and merited the bouquets tossed at his feet by Time (who named him not just man of the year but man of the entire preceding decade) and their fellow gushing Fourth Estate Gorbasm recipients.

Gorbachev was given the impossible task of saving a doomed system that had been masking its death rattle years before he finagled the best viewing station atop Lenin’s Tomb at the annual May Day parade.

That Gorbachev decided to not go the “fuhrerbunker” route and ultimately did not significantly resist the dissolution of the USSR and by default his hold on power is a credit to him, regardless if said credit is assigned more to his vanity than his humanity.

Lesser men in history with far less potent weapon capabilities at their disposal chose a more selfish path to the detriment of their own people.

Gorbachev is both a hero and a victim of his time and circumstances. Regardless of what he truly sought to accomplish, the world was fortunate that he was sitting behind the big desk inside the Kremlin in the late 1980s and not Yuri Andropov.