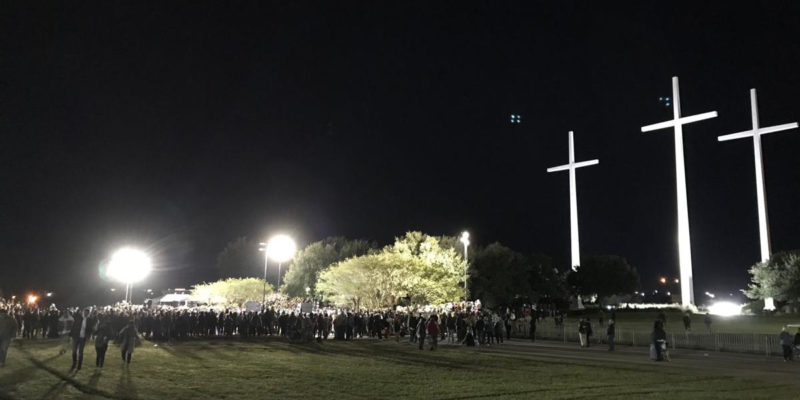 In my time as an observer of, and occasional participant in, Louisiana politics, I have noticed an odd dynamic between Louisiana voters and Louisiana elected officials. There seems to be an overall disconnect between the Republican voting base and Republican politicians in Louisiana.

Let’s first look at the core makeup of Louisiana’s Republican voter base.

Looking at some information from Pew Research, I found three keys facts about Louisiana Republican voters. A vast majority of Republican voters are ideologically conservative, Christian, and married.

Unfortunately, little outreach exists when it comes to Conservative Christians in Louisiana.

If you pay close attention to Louisiana Republican politics, then you will notice that Louisiana Republicans reach out to virtually every voter demographic outside of Conservative Christians. Personally, I have seen Republican outreach to the business community, to minority voters, and to firearms enthusiasts. So then, where do Christian conservatives come into the frame?

Moreover, recent legislation from the Louisiana Legislature does not seem to cater to the needs and positions of Christian conservatives in Louisiana.

Now, let’s go through several pro-Conservative Christian legislative priorities that I have NEVER heard discussed by the state legislature in recent years:

-Fighting back against Governor Edwards’ closing of churches in 2020 (e.g. where were Republicans when it came to defending Tony Spell and his church?)

-Banning online pornography from being viewed by minors

-Protecting and promoting the right to homeschool in Louisiana (e.g, money-follows-the-child education funding)

It saddens me that the Republican majorities in both Legislative Chambers have failed to even contemplate most of these issues—many of which are important to conservative Christians.

Now, I understand that a Democrat has held the governor’s mansion since 2015. So, the threat of a veto looms over every single piece of contentious legislation. That reality makes life a bit more difficult.

Make Edwards veto these bills. Make him show the people who he is. Why give him a free pass to pretend he’s a “moderate,” or worse yet a “conservative” Democrat. He isn’t, but he’s been allowed to skate on these issues for practically two whole terms.

Now, there have been two recent victories for conservative Christians from the Louisiana Legislature in 2022—the recent abortion ban and the prohibition of  transgenders from competing in women’s sports. Of course, I am especially thankful that the blood of aborted babies will no longer stain the ground of Louisiana.

Despite those victories, conservative Christians do not get much in return for their votes here in Louisiana. This dynamic needs to change.

Consequently, I have reached out to some young conservative Christians in South Louisiana to encourage them to get involved with local politics—primarily through volunteering for campaigns, attending political events, and general political organizing.

A huge opportunity exists here to revive Louisiana. We can promote authentically Christian, conservative values in Louisiana by encouraging the large swathes of conservative Christians in Louisiana to run for local office, to work on campaigns, and to vote. Little is being done on these fronts.

I hope to continue the conversation on this topic because it needs to be addressed. Personally, I am starting to identify and encourage high-potential, young conservative Christians for local political activism. So, please wish me the best in this endeavor!

If anyone is interested in this idea, then you can send me an email here: [email protected].

Nathan Koenig is a frequent contributor to RVIVR.com, a national conservative political site affiliated with The Hayride.