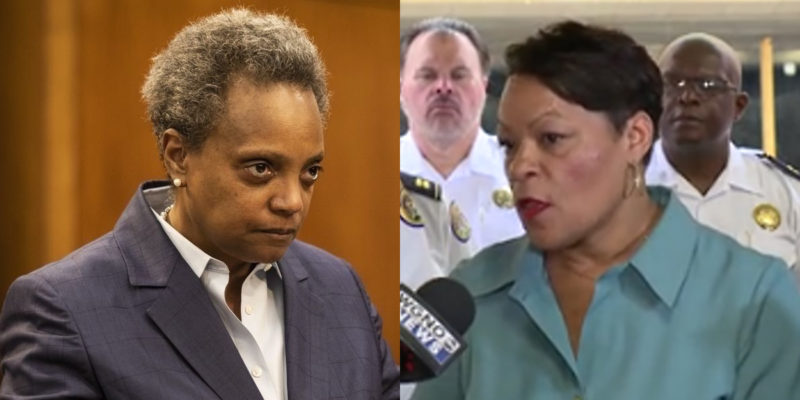 This was my semi-regular appearance on AM 560 in Chicago’s Morning Answer show this week, and it covered a couple of topics I talked about in American Spectator columns I wrote.

The first was about LaToya Cantrell and what an utter disaster she is. It was entitled This Woman Is the Worst Mayor in America, and of course that got the Morning Answer folks’ attention. Which was funny, because when the producer hit me up on Thursday about coming on the show, he was like, “You’re wrong, you know; it’s impossible to get worse than Lori Lightfoot.”

And of course, that’s a perfectly valid argument. Lori Lightfoot is her own special kind of horrible just like LaToya the Destroya is.

And just like Washington, DC’s mayor Muriel Bowser is. We talked about a new Democrat innovation, that of Government-Forced Truancy, which is Bowser’s new plan to create juvenile delinquents and amateur criminals in Washington and insure there will be no growth of the middle class there.

But virtually every city of size in America run by Democrats can make such an argument on behalf of its garbage mayor. I’m going to bat for LaToya the Destroya, and in doing so I’m selling Sharon Weston Broome and Adrian Perkins, who are utter morons as well, quite short.

So the topic gave me an opportunity to pop out my pitch for Weaponized Governmental Failure as a real thing, and let the folks in Chicago get a taste of that.

Also in the show we talked about another Spectator piece I did, that one being Student Loan Forgiveness, the Revivalist Way – in that column I suggested a Bernie Sanders-style confiscatory wealth tax on university endowments to pay for student debt relief. As I said in the show, I’m only half-joking about that. Those endowments absolutely should be taxed, because higher education is a contemptible racket and the people who run it are villains who are raping American families based on a lie that the degrees they’re handing out are somehow indispensable. If that were true you wouldn’t have so many people carrying around student loan debt they can’t pay off.

Allowing the debt to be discharged in bankruptcy should be an option as well.

Anyway, it was a fun appearance. You’ll enjoy it.