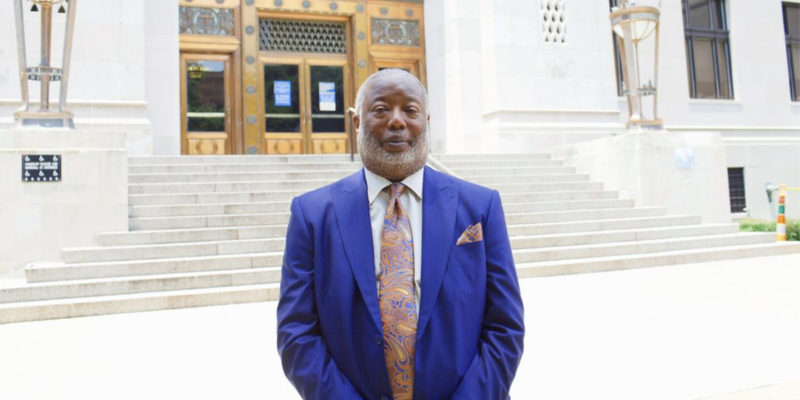 When Democrat First District Attorney James Stewart termed his request to have Republican First District Judge Chris Victory recused from hearing a trial against a sheriff’s deputy as not retaliatory in nature, he was correct. Rather, that move was entirely political relating to Stewart’s electoral career.

Earlier this summer, Victory acquitted four Shreveport police officers on negligent homicide and malfeasance in office charges related to the death of Tommie McGlothen in 2020. McGlothen, who had a history of mental health issues, was detained forcibly by the officers and left unattended for nearly an hour when he expired.

That occurred just before national hysteria erupted about an alleged white police war on blacks, but hardly drew national attention, for while McGlothen was black, so are three of the officers involved. Nothing to see here, special interests keen on promoting the narrative and their media allies decided, so it received little coverage.

It also drew little interest from the authorities. Both the federal and state prosecutors declined to press charges against the officers, so Stewart decided to go it alone with a difficult case, as doctors who attempted to treat McGlothen, the pathologist who conducted the autopsy, and Republican Caddo Parish Coroner Todd Thoma all would not rule that McGlothen died from the treatment by the officers, although certainly their behavior towards him, not intervening sooner then treating him more as a suspect resisting arrest than as a mentally ill individual, didn’t help. Further, the evidence for conviction was thin to the point that the district’s grand jury at first refused to indict the officers, doing so only on a second attempt.

During the trial, Stewart put on the stand expert witnesses to try to argue that the officers made mistakes and their actions could have caused McGlothen’s death. Yet keep in mind convictions required evidence beyond reasonable doubt, which appeared contested at best. It seems reminiscent of the 2016 Alton Sterling case where two white Baton Rouge officers killed a black suspect in the course of an attempted arrest, but while the pair used questionable procedures numerous agencies concluded the mistakes didn’t rise to criminal behavior. Thus, Victory’s ruling doesn’t seem unusual or suspect.

Now Stewart tries to make it so, and understanding why starts with how he made it into office in the first place. In the 2015 special election, Stewart held himself out as a “progressive” prosecutor especially hyping the elimination of seeking the death penalty. This sucked in nearly a million dollars in special interest money to his campaign, where he narrowly won.

This kind of prosecutor typically asserts that too much policing occurs that disproportionately negatively impact “victim” classes, often identified among others as racial minorities. Crime data point to an association between laxity of prosecutors in charging suspects to increased crime, and in Caddo Parish and Shreveport since Stewart took over through 2020, when he was reelected, after an initial dip per capita violent crime is as high as when he entered office.

However, to fans of progressive prosecution Stewart has been something of a disappointment. He hasn’t implemented much of that philosophy and even allowed capital cases in the works when he assumed office to continue. These ideologues rightly can question whether they have gotten their money’s worth from their campaign donations to him.

One article of progressive prosecution faith is that police war on the black community narrative, and Stewart’s complaint when seen in this light seems consistent with an attempt to echo that. Claiming a judge coddles law enforcement officers accused of mistreatment restores credibility with elements supportive of that creed, sublimating doubts and keeping the spigots open for more campaign cash and support should Stewart opt for reelection in four years.

As evidence of the spuriousness of Stewart’s claim, he said Victory should have revealed his associate membership with the local Fraternal Order of Police chapter, a group which promotes police issues, which Victory initiated during his 2020 election but which he now has withdrawn. Yet Stewart received an FOP endorsement during his first campaign and apparently feels this doesn’t influence his actions as DA, so why wouldn’t he extend the same presumption of impartiality towards Victory?

Because it’s political. Victory asked to have a hearing about whether he should be recused from the upcoming case, with that hearing set Sep. 7 and unlikely to find fault with him. Which means all that this needless distraction on the part of Stewart accomplishes is diminution of the stature of his office.

Interested in more news from Louisiana? We've got you covered! See More Louisiana News
Previous Article No, Says Target, New Orleans East Is Not A Thing
Next Article LaToya Cantrell’s Murder Of Mardi Gras Could Come Next Year