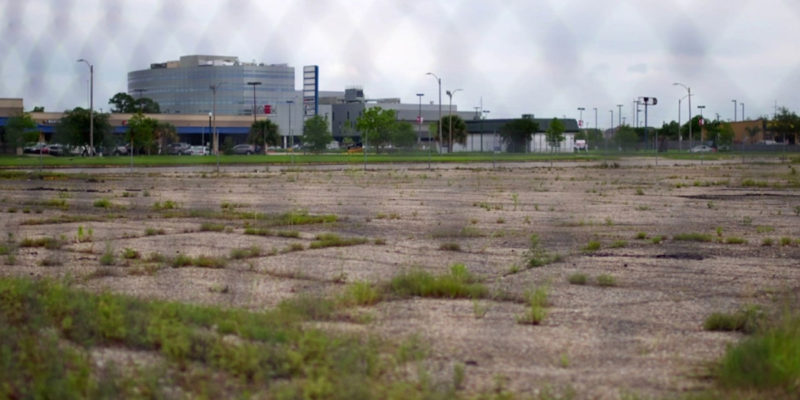 If you want to know just how abysmally incompetent LaToya Cantrell is as New Orleans’ mayor, this hilarious  “oh, no we didn’t” story is as illuminating as any. It turns out Cantrell lied and said a new Target store was coming to the moribund, crime-ridden slum that is New Orleans East only to be repudiated by the horse’s mouth in mere hours.

New Orleans East was finally getting a Target – yes, the cult-favorite department store – and it would be its first location in Orleans Parish.

Mayor LaToya Cantrell had announced the deal during a community meeting Monday night, according to our partners at NOLA.com.

However, it seems that is not the case, according to NOLA.com.

“We continuously explore possible locations for new stores, including in the New Orleans area, but we don’t have any new-store news to share at this time,” a spokesperson for Target said.

The new Target would replace the former Lowe’s store that closed in 2019 near Read Boulevard and I-10. The 14-acre site is near where the former Lake Forest Plaza Mall and Grand Theater stood before Hurricane Katrina severely damaged the buildings.

Cantrell said that this deal had been in the works for over a year, according to the report.

Mayor Cantrell’s spokesperson, Melissa Newell said “this acquisition is in its early stages and has just gone under contract.”

A spokesperson for Target told NOLA.com that the retailer “had not closed any sales in New Orleans,” but said they might consider opening a store in New Orleans.

But check out how hard the local media are willing to work to protect Cantrell. This from WWL Radio in New Orleans…

Mayor LaToya Cantrell may have spoken too soon about Target opening a new store at I-10 and Read Boulevard in eastern New Orleans, but the location may make sense for the Minnesota-based retail giant.

Rags says what stores like Target want are areas where there are people with jobs, and money to spend. And he says the WalMart at I-10 and Bullard Ave. wouldn’t be competition — it shows a big box retailer has customers in that area.

“They’re used to doing this game of who’s going to do better than the other,” Ragas explained. “They’re not afraid of there being more stores, they’re in favor of that, usually.”

According Ragas, large retail operations like Walmart and Target want to see a large number people with money to spend living near their stores.

“They want to see lots of jobs coming in to what they define as their market area,” he said. “That’s usually a circle, a couple of miles in diameter.”

And more retail in the area sends the message that there is money to be made.

While Mayor Cantrell may have spoken out of turn, Ragas says that does not mean it wont’ happen.

“That may just be an awkward moment that will still resolve itself favorably.”

The I-10/Read Boulevard location used to have a Lowe’s home improvement store. It closed around 2019.

OK – so here’s the dirty little secret behind why Cantrell got all the egg on her face.

The Lowe’s closed for two reasons. One, there weren’t enough people with money who owned homes nearby to support a big-box home improvement store.

And two, the shrinkage rate at that Lowe’s was, we understand, the highest in the state and it wasn’t close.

So you’re going to replace the Lowe’s with a Target?

And the folks at Target know this for damn sure. They also know all about the disintegration of the NOPD and their more-or-less refusal to do anything about shoplifting at stores anymore.

Why LaToya Cantrell thought she’d run her mouth about a Target that was never coming to New Orleans East, we can’t say. Our theory, if we had to offer one, is that when there is absolutely zero economic development in your city because you’ve killed it, you’re reduced to playing fake-it-til-you-make-it. And that’s all she has left.

LaToya Cantrell might not have killed New Orleans. She could argue it was dead when she got the job. But she ain’t reviving the place, and Target ain’t putting out a spread for the robbers of New Orleans East, either.