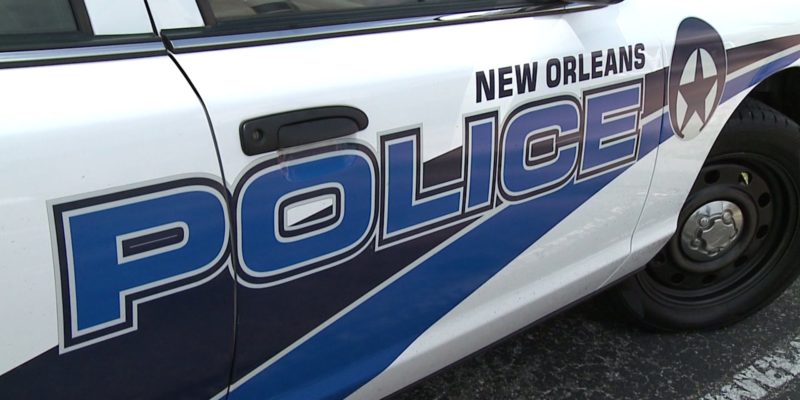 There was an appalling story out of New Orleans yesterday. An officer with the New Orleans Police Department who pulled a “Take this job and shove it” move and walked off the job patrolling the French Quarter mid-shift on Friday night earned a vituperative rebuke from the city’s police chief, Shaun Ferguson.

Superintendent Shaun Ferguson chastised journalists Tuesday (July 26) for reporting on the New Orleans Police Department’s worsening manpower problems instead of more “positive” news. But even the chief admitted one of the NOPD’s latest personnel losses was especially disturbing.

Scott Fanning, a third-year officer assigned to the Eighth District policing the French Quarter and Central Business District, walked off the job last Friday in the middle of his night watch shift, notifying a supervisor by text message that he was quitting the force.

“It was disheartening,” Ferguson said at a news conference at NOPD headquarters, ”especially knowing the oath we take.

But in an exclusive interview with Fox 8, Fanning explained his decision was one of self-preservation.

“The reason I left is that something just kind of clicked for me, that it was just not worth it,” Fanning said. “That night I quit, there were over 40 calls holding when I logged into my computer, and there were only 35 patrol officers logged in for all eight districts.”

For a city with an estimated population of around 377,000, Fanning saw less than three dozen patrol officers on the streets last Friday night. He decided then that would be his last night on the force.

“It was kind of sad,” admitted Fanning, a 23-year-old Northshore man who applied with the NOPD as soon as he reached the minimum qualifying age of 20 1/2. Fanning completed academy training on his first attempt and was sworn in as part of Recruit Class No. 188 on May 1, 2020.

“It was just weird. I had this weird feeling of how unsafe, how lucky I’d been that nothing bad had happened while I’d been doing it, and that I didn’t want to do it anymore.”

Things are so bad with the NOPD that whole swaths of the city have virtually no police protection at all. One story has it that there were only two NOPD officers assigned to all of New Orleans East, and a couple of weeks ago one of them quit.

And Ferguson is admitting he’s putting administrative officers and detectives in uniform – which is undoubtedly going to result in more cops quitting.

But he’s yelling at the media for reporting this “negative” news.

Scuse us, Chief Ferguson, but your department is disintegrating and the city of New Orleans is descending into chaos. It’s the local news media’s job to report that fact, however inconvenient it might be for you.

We do feel for Ferguson. There’s a certain MacAuliffe-at-Bastogne character to what’s going on here, though Ferguson is yelling “Nuts!” at the media rather than the criminals. The fact is he’s been let down by the politicians he works for – LaToya Cantrell, the utter jackass mayor of the city, and the pro-criminal New Orleans City Council.

Everyone knows the political class in New Orleans doesn’t have the cops’ backs. That’s why nobody wants to be a cop in New Orleans anymore and the force is disintegrating. Armies facing ugly odds tend to have major problems with desertions.

And this is a problem New Orleans can’t solve. It’s only going to get worse, because New Orleans as a city does not have an electorate capable of choosing leaders who can reimpose law and order. You get elected in New Orleans by saying stupid woke things and by standing with the criminals against the cops.

A solution has to be imposed on New Orleans from above, or else the city will collapse under the weight of its criminal class. Either that, or you will have neighborhood militias forming to patrol where the cops no longer will. And you will certainly have vigilantism and the chaos that will result.

Louisiana’s state police should have been imposed on New Orleans in full force years ago. It never has been. The current governor is himself invested in the criminal class despite his preening about his family’s law enforcement background, and the destruction he’s wrought on the state police makes it impossible to staff that force up to bolster the NOPD.

Which means that one choice awaiting the next governor will be whether to send in the National Guard to help enforce order in New Orleans, and whether to bring in some other law enforcement arm, whether the state police or something else, to assume control of the city.

Or not to, which would be tantamount to abandoning New Orleans to its fate.

Because New Orleans is a rapidly dying city. When police officers walk off the job because they’re overwhelmed and alone, it’s the same as soldiers deserting a desolate battlefield – the war is lost, and what must come is either a surrender or a reorganization of the army.

Shaun Ferguson can’t be part of that solution, whether he’s the problem or his superiors are.