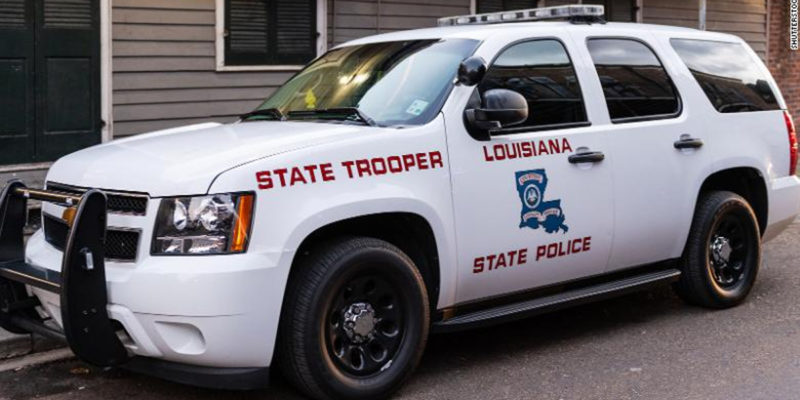 You’ve probably heard the latest in a forever-string of scandals and controversies surrounding the Louisiana State Police, but if you haven’t, it turns out the top brass in that organization can do things you as a citizen are not allowed to do…

State Police Col. Lamar Davis got pulled over for doing at least 90 mph on the Basin Bridge last week, as lawmakers were ordering the Department of Transportation and Development to crackdown on civilians for similar dangerous driving along the 18-mile I-10 bridge linking Baton Rouge and Lafayette.

He was allowed to leave with a warning and no ticket.

“Well I’ll be,” the trooper who pulled over his boss is heard on body camera saying before the video released to the WBRZ Investigative Unit late Thursday abruptly cuts off.  State Police only released the clip up until the moment the video stopped.

It appears the trooper’s body camera was turned off.

Dash camera video from the trooper on traffic duty showed the vehicle Davis was driving activated his own blue lights as he was being pulled over.

There is no audio on the dash camera video provided to WBRZ, although the video shows the trooper and Davis speaking on the side of the interstate.

The traffic stop happened on I-10 W just as the Basin Bridge begins west of Ramah in Iberville Parish around 11 o’clock in the morning on June 28.

Sources told WBRZ the traffic stop happened soon after Davis gave his department an urgent assignment: To pull over speeding drivers on the Atchafalaya Basin amid lawmakers’ scrutiny over fast driving.

Governor John Bel Edwards recently signed a new law adding some of the toughest speed tracking rules to a highway in Louisiana ever to combat speeding.  Traffic cameras could be used to track drivers’ speeds and issue tickets.

Sources within the department told WBRZ’s Chris Nakamoto, they’ve been taught to take a driver’s license when they drive as fast as Davis was – 30 mph over the speed limit.

After only a few seconds, Davis and the trooper shake hands and depart.

Lamar Davis was the guy who swore up and down that the State Police wasn’t a racist organization following the Ronald Greene killing. He might be right about that, but the Biden Justice Department has commenced an investigation aiming to prove otherwise.

And we know what’s going to happen as a result – which is that there will be an agreement to a consent decree reducing the State Police to hug-a-thug policing.

Maybe that’s OK. Not really, of course, but if the Louisiana State Police after six-plus years of John Bel Edwards in control is an organization which beats Ronald Greene to death on a roadside for a traffic violation while Lamar Davis is given a handshake and no ticket for driving essentially the same speed, just a couple of weeks before the road Davis is traveling on will have cameras mounted on it to time drivers and therefore give speeding tickets via mail with zero due process, we’d probably be better off if that organization became more irrelevant to our lives.

Since it exists to serve itself and Louisiana’s putrid, tyrannical ruling class, that is.

Most of the police forces in Louisiana’s larger cities are a shambles, and the district attorneys have all but abandoned their responsibilities to prosecute criminals. In a sane world the reaction to that would be to empower the State Police and the Attorney General’s office to jump in to provide law enforcement where the locals will not.

But we aren’t in that world, because the current governor is too busy pandering to criminals by vetoing attempts to toughen criminal statutes to mobilize the State Police for use against, say, the barbarians taking pot-shots at motorists on I-10 in New Orleans. And there is little Jeff Landry’s office can do unless local district attorneys recuse themselves from cases and allow him jurisdiction.

Something which could be remedied by the state legislature, but the leadership for that isn’t available. Even if it was, Edwards would veto any expansion of the AG’s authority. Because his politics are more important than your safety.

Just like Lamar Davis’ clean driving record is more important than your equal treatment under the law.

We’d say let it burn, but it doesn’t matter what we say. It’s burning, whether we like it or not. And increasingly, people are simply going to give up, check out and call U-Haul and the real estate agent. You can’t sustain a state if you can’t offer the basics of law enforcement, one of which is that there is one class of citizens and all are treated the same.

Lamar Davis ought to resign or be fired, but neither will happen. Because he’s privileged and you’re not. And he’s also black, which means to ask that he suffer the same consequences for driving 90 mph over the Atchafalaya Basin Bridge that you would means you get this… 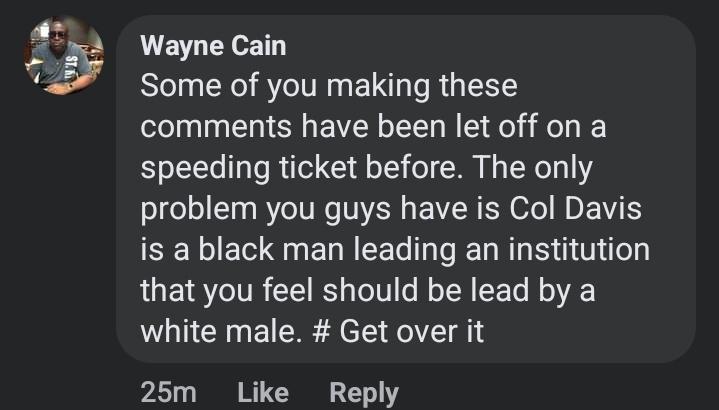 That’s the state of things, and it will not change until January 2024 at the earliest – and that’s only if things go exactly correctly in the next election cycle, which would be a first in Louisiana history.