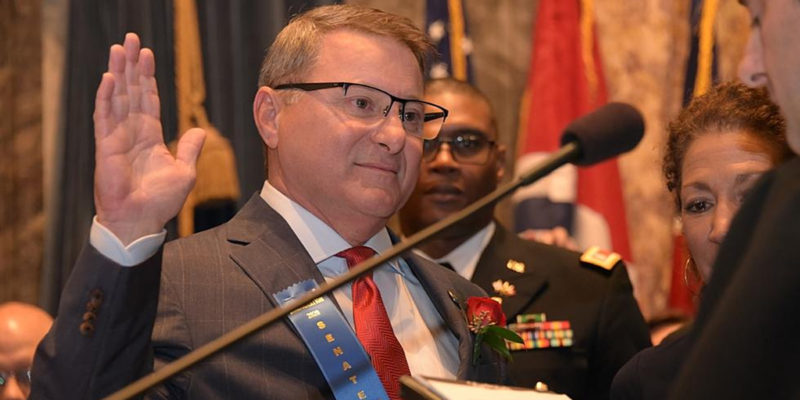 If overrides of Democrat Gov. John Bel Edwards’ veto-fest don’t happen this month, that will indict directly and negatively the leadership abilities, if not their commitment to quality legislation, of Republicans House Speaker Clay Schexnayder and Sen. Pres. Page Cortez.

Earlier this week, Cortez said he thought any veto session would prove futile because, with only 26 GOP senators present and that the bare minimum to make for a supermajority, Republican state Sen. Rogers Pope had communicated to him that he wouldn’t vote for an override of any of the 28 measures (plus budget lines items) Edwards had vetoed – even though Pope voted for all of the most consequential items. It also turns out that Republican state Sen. Bodi White scheduled himself for surgery during the mid-July span.

Perhaps one could see this coming when one of the Senate’s get-along-go-along Republicans Rick Ward, seeing his influence wane as more solidly conservative Republicans increasingly called the legislative tune, announced just before the regular session’s end he would resign with more than a year to go in his final term. This gave the GOP Senate supermajority required to override successfully no margin to spare, echoing last year when Republican former Sen. Ronnie Johns said he wouldn’t and didn’t attend the veto session, then quit right after it to join the Edwards Administration.

Down a man and with another off to surgery – although unless it’s something that suddenly came up, White certainly knew when the legislative calendar called for a veto session – this might explain Cortez’s lack of ardor in inducing Pope to vote with the party who, although major questions surrounded his desire to cast conservative/reform votes especially on education matters when he entered the Senate after three terms in the House, had reliably backed almost all such measures including on override votes last year. Possibly Pope, who will be 82 during next year’s elections, plans on retiring which would reduce considerably leadership and constituent pressures on him.

As he often does leading from behind, Schexnayder, after his key floor lieutenant GOP state Rep. Tanner Magee declared he didn’t think a veto session all that important, after witnessing the chamber’s Conservative Caucus call for one opined that the House should go for one. But he has remained silent as rumors circulate several House Republicans obligated themselves to non-legislative matters in mid-July – again, despite full well knowing a veto session is scheduled then – so as to make themselves unavailable to cast votes to override and leave the majority short of the two-thirds mark needed.

Schexnayder should have emphasized to all that their duty requires their presence at this, and even if they sent in a ballot to cancel the session they should remain prepared to attend it – and have mentioned a few carrots and sticks associated with that as well. Still, these missteps close to the veto session’s possible convening need never have occurred had both Schexnayder and Cortez not made a more fundamental mistake much earlier.

Had key, now vetoed, legislation been passed earlier in the session to arrive at Edwards’ desk no later than a couple of weeks before session’s end, this veto session gamesmanship (or maybe bad luck) would have been mooted. It’s not like Cortez and Schexnayder didn’t have the ability to do so; they proved they did by forcing Edwards to swallow Act 283, the Fairness in Women’s Sports Act and perhaps the most controversial bill of the session that he bitterly opposed, as well as cornering him into almost no line-item vetoes, by passing that bill and the operating budget well before session’s end.

Clearly, they didn’t have the will to do so and – whether in a wink-wink, nod-nod deal with Edwards – effectively needlessly made successful overrides close to impossible. If that turns out to be the case, failure of important and helpful legislation to the state rests primarily on their shoulders.

Interested in more news from Louisiana? We've got you covered! See More Louisiana News
Previous Article Schroder: Louisiana’s Government Might Consider Joining The 21st Century
Next Article Louisiana’s State Police Is Collapsing Just When We Need It Most