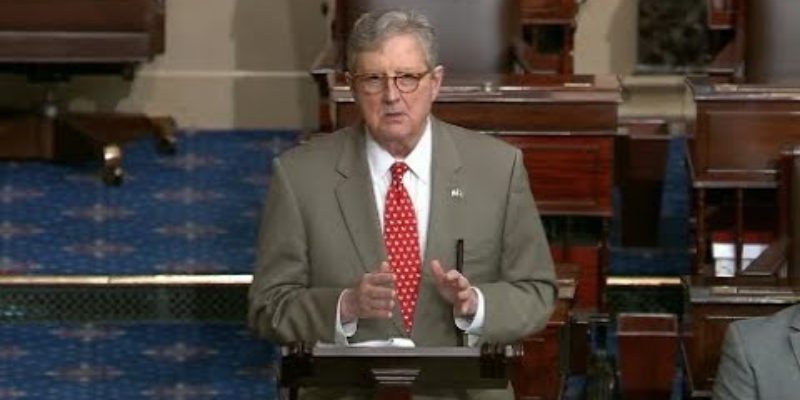 This is a pretty good takedown, offered yesterday on the Senate floor, of the Defund the Police movement and the damage it has done in America. Sen. John Kennedy is really good when he gets on topics like this, which aren’t inherently ideological but involve quality of life for ordinary folks.

He talks about the violent crime rates in the cities, which are skyrocketing everywhere, and the growing crisis in law enforcement which is twofold: first, that police morale is completely in the toilet because of the perceived lack of support by the public in those cities.

And second, that 1/5th of the American people now live in cities where the local DA is a slimeball Soros-funded social justice warrior who refuses to prosecute criminals.

Which of course doesn’t do much for police morale, either.

He relates education to this, and touches on the necessity for innovation in education, because failed schools create criminals.

We particularly liked Kennedy’s analogy for jihadist terror attacks and bad incidents for cops. If you don’t have time to watch this full 12-minute speech, here it is: when a jihadist blows up a school full of school kids, we’re told we shouldn’t blame all Muslims for that – which Kennedy says he agrees with. So how come our police departments don’t get a similar presumption of innocence.

It’s one of Kennedy’s better speeches, and that’s saying something because Kennedy will give a hell of a speech. Feel free to check it out, and have yourself a great weekend!