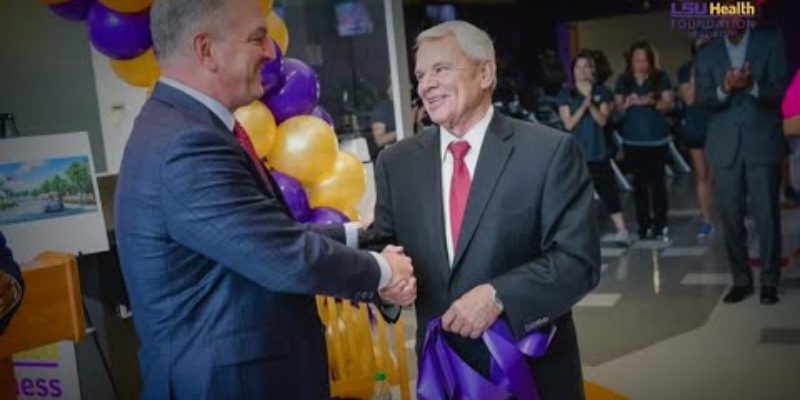 WWL-TV’s David Hammer just put out the latest of his investigative pieces, and it’s an expose’ on the former Chancellor of LSU’s medical school in New Orleans, Dr. Larry Hollier.

The upshot is that Hollier, who was making a million bucks a year as part of his job compensation (which isn’t out of line) before he stepped down in October of last year, was bilking the LSU Health Foundation for luxuries like expensive dinners at fine restaurants, hotel stays at super-expensive places and so forth.

You could make the argument that this is simply life in the big city, and if you’re going to run a big-time medical school it’s going to cost big-time money.

And that’s not totally off the wall. It’s somewhat legitimate.

But what we can’t get beyond is the fact that Hollier spent six years shilling for John Bel Edwards’ Medicaid expansion which has turned the state of Louisiana into a medical dictatorship dominated by hospital corporations, pharmaceutical corporations and government bureaucrats so completely corrupt and out of touch with the population and basic reality that they’re still, even now, trying to force parents to vaccinate their little kids against COVID.

The money that flows out of this monster Larry Hollier was present and participating in creating is destroying everything it touches. And the people of this state are not healthier than they were at the beginning.

So a thousand-dollar dinner at Commander’s Palace, or two, or twelve, that Larry Hollier was spiffing out-of-town bigshots for sure looks like somebody living high on our hog. We get that.

But we can’t get any more discouraged about that than we’ve already been discouraged.

If Larry Hollier is going to chisel the LSU Health Foundation for lavish luxuries without any accountability, then sure – that’s a bad look. How about the billions of dollars flying out of our state’s coffers to be wasted and stolen by people below him on the food chain? Nobody’s investigating Larry Hollier over any of that, and he’ll never have to face that music.

Nor will anyone else. Because that’s how Big Government works. And the people of Louisiana have seen so much of it that we’re desensitized, despondent and distracted.

Hollier took a PR hit today. Ask him in a week if he cares.