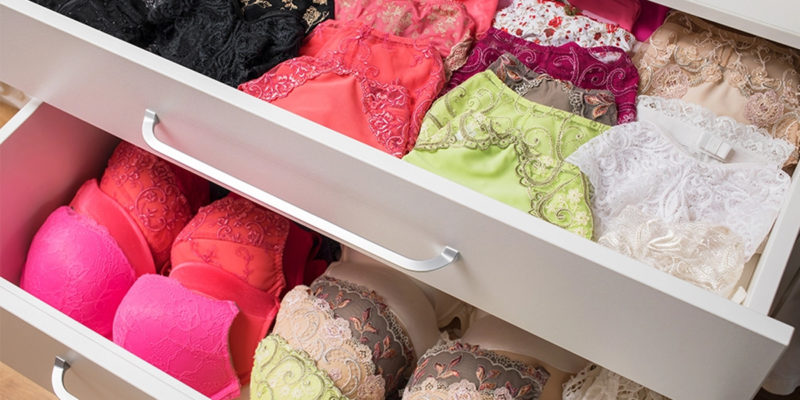 Many of us recognize that the raid on former President Donald Trump’s home was a politically motivated action, though one could suspect Attorney General Merrick Garland and the FBI agents of getting their perv kicks in a Melania panty raid.

It’s only funny until you look at Merrick Garland and realize that this is a real possibility.

Maybe he’s a great admirer of J. Edgar Hoover and likes to wear dresses. Garland is a Democrat, after all, so you never know with them. Maybe he’s a sick perv and likes to scratch and sniff. Who knows?

When you stop to think about it, National Security isn’t a top priority from the Biden administration in any area so thinking Garland wanted a stack of panties isn’t that far-fetched.  But there is a much more viable reason that isn’t about Nati0nal Security, but instead it’s about the Rights of Americans to be secure in their homes. This argument has been made by many people since the raid on Mar-A-Largo, but are we successfully bringing the danger to light?

One of the biggest problems we have on the GOP side is that we are busy chasing the Democrats’ arguments. We’re being told it was about nuclear codes and classification and we’re arguing that Trump can “declassifly” any document as President. And while that may be true, we’re ignoring that we have historical arguments on our side. We also have core values on our side, and if we’d lean into both, we’d destroy the leftist arguments.

We have the core value of freedom on our side. People don’t want to live in a dictatorship whether they are on the Left or the Right. Knowing your history makes the argument against a turn towards a dictatorship. Those who don’t know their history are doomed to repeat it.

Are we prepared to discuss that treason has long been an accusation of dictatorships against their enemies. During the Night of the Long Knives, didn’t Adolph Hitler accuse Ernst Rohm and his followers of treason? Under the cover of darkness, the Nazi’s swiftly eliminated political opposition. What we should all remember is that Ernst Rohm was once a very close ally to Hitler, but dictators don’t care if you’re mostly loyal. Absolute loyalty is a necessity.

It’s the accusation Saddam Hussein made against the Ba’ath Party in 1979, calling the legislature into session and accusing several members of a conspiracy against Saddam’s government. The accusations were broadcast on live television and within hours, Hussein had eliminated any political opposition.

Just four years prior to Hussein’s coup, the Khmer Rouge took power by force. Though no justification was needed to sell new government to the people, any opposition was sought out and executed. Any opponents to the Khmer Rouge were taken out into the fields and executed. So many were executed that the Khmer Rouge turned to executing people with a pickaxe in order to save bullets. In order for the “purification of the populace.”, Pol Pot needed to eliminate all “traitors.”

The Stadium Trials that began on January 22, 1959 were also televised. New Cuban leader Fidel Castro had successfully seized control of the Cuban government by force and ruling via democracy was not his intention. Anybody who opposed Castro’s new government was considered a traitor and executed for treason. Cuba, for 70 years, has demanded absolute loyalty from the people and such protests against the regime are met with swift government action. Treason is loosely defined and not tolerated by a tyrannical government.

It’s not just throughout the 20th century that dictators have seized power or eliminated political opposition by the accusing the opposition of treason and other serious crimes. It’s happened throughout history and happens still to this day. Venezuelan dictator Nicolas Maduro often accuses his political opposition of staging a coup and having them arrested.  Does he need proof? No, he is the dictator, and dictators rule through fear and demand absolute loyalty.

Dictatorships come into power quickly and rely on accusing people of “treason,” “insurrection,” and many other anti-government activities. The question is, are we educated enough in history as a society to reject such attempts at total government control? Regardless of party doing it, we should recognize that once government goes to declaring people as traitors, that it’s common that government turns against its own supporters.

One could only hope the Merrick wanted to raid Trump’s Mar-A-Largo to add some of Melania’s clothing to his personal boudouir, but we ought to be extremely cautious that Gestapo Garland isn’t abusing his authority for far more nefarious purposes. The latter is far more likely.

When the GOP takes control of the House and Senate, one of the first acts needs to be to investigate Garland and the abuses of the power given to the FBI.

Interested in more national news? We've got you covered! See More National News
Previous Article SADOW: Boardwalk Sale Is Just Another Reminder Of Bossier City’s Dumb Spending
Next Article What You Want Is A Job Like Larry Hollier Had