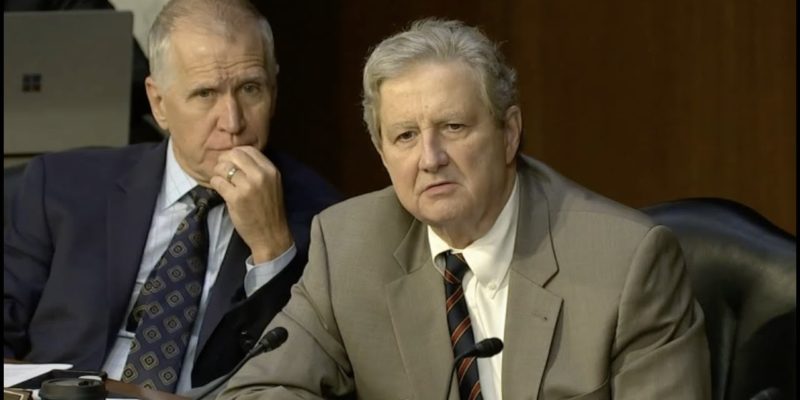 This was from last week. It’s a bit of an after-action review following that Senate hearing where Kennedy told the big bank executives “you’ll never win the ultra-woke sweepstakes” last week. Here’s his Fox News hit following that, and then we’ll have a little commentary below.

I wrote in my almost-massive-bestseller book The Revivalist Manifesto, which has 31 5-star reviews out of 33, with two leftists who didn’t read it giving it spammy bad reviews, that the political consensus which has held sway in America since the beginning of this current political era following the 1932 presidential election is over.

That consensus was formed more or less between William F. Buckley conservatives and Daniel Patrick Moynihan liberals. Those two formerly-dominant factions mostly agreed on a set of social goods to be delivered but differed on how to deliver them.

But the Buckley crowd isn’t ascendant in the conservative movement. It’s national conservatism – MAGA/revivalist conservatism – which holds sway on the Right, and that’s much more populist, combative and iconoclastic than Buckley’s descendants, the Bush Republican/Paul Ryan/Mitch McConnell gang, would have. And on the Left, the Moynihans have given way to the ultra-woke AOC/Rashida Tlaib/Liz Warren mob, who aren’t liberals at all but full-on leftists.

I would caution against anyone calling them liberals anymore. That term is far too good for them. The only liberty they’re for is to kill and abuse children. Kennedy’s appellation, “wokers,” is more fitting. And “ultra-wokers” is a good comeback for Team Biden’s never-ending use of “ultra-MAGA” as a term to apply to the America First/Revivalist movement.

In the book, I make the case that if there’s to be a war between ultra-MAGA and ultra-woker for the future of America, it’ll be ultra-MAGA who wins. Kennedy’s dominating position vis-a-vis his re-election against a trio of woker Democrats this fall is a small indication that’s true.