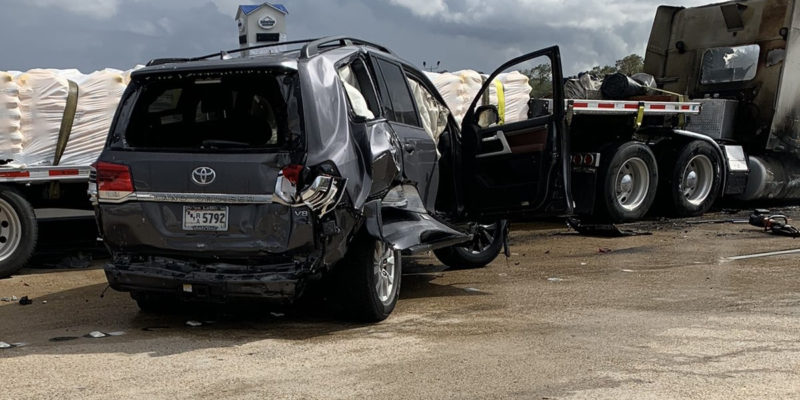 We have the car insurance rates to show for it, but there has been some discussion for years about whether things really are as bad on the roads in Baton Rouge as it often feels. Do our drivers really set the world on fire when it comes to car wrecks?

And if they do, is there any escape from a monster car insurance bill?

Sadly, it appears the answer is “it’s every bit as bad as you think.” Baton Rouge turns out to be the bumper-car ride at the national amusement park.

Car experts The Clunker Junker analyzed data from the National Highway Traffic Safety Administration to determine the most dangerous places to drive in the United States.

The experts ranked the places on the number of annual car accidents per 100,000 registered vehicles. Baton Rouge was the No. 1 ranked city.

According to the analysis, Baton Rouge reported an average of 24.9 accidents per 100,000 vehicles annually, making it the most dangerous city for driving.

Of the 10 most dangerous cities to drive, six are in the south, three are in the Midwest, and one is in the West. Most of the cities are mid-size metro areas with a mix of urban and suburban development.

All of this came up a couple of years ago when Louisiana passed a mild tort reform bill aimed at lowering car insurance rates, only to see that fizzle when it came to results since.

Tort reform won’t fix the lousy drivers. It can maybe fix a little of the other problem, which is that Louisianans file more injury claims from car wrecks than anyone else – something which is directly traceable to every other billboard and TV ad being for some personal injury lawyer or other.

But if people in Baton Rouge are just going to smack into each other on the roads, which we now know is the city’s claim to fame, we’re going to have high insurance rates, period, and there isn’t anything public policy can do to stop that.

It’s a people problem. Better people is the only way to fix it.