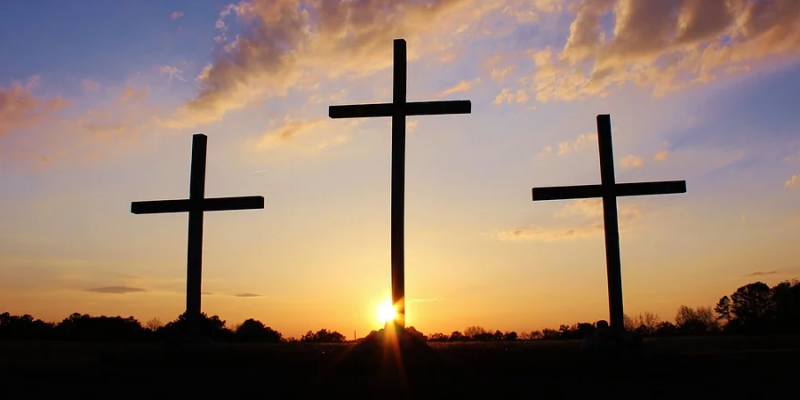 There are a couple of essays out there dealing with subjects that may not seem to be related at first glance, but at a deeper level they are.

The first was penned by Mr. Mike Moncla in support of industries and governments implementing carbon capture projects (even to the point of using eminent domain, a dangerous innovation in the light of the ancient protections afforded by common law that private property owners should beware of).  The takeaway quote is at the end:

CCUS will be taking place all over the country, and Louisiana is in a great position to take advantage of these projects. We have perfect geology and an oil & gas workforce ready to step up to the challenge. With the state’s industrial plants fully committed to meeting ESG goals, if CCUS is denied here, these plants will be forced to spend billions and create thousands of jobs across the business-friendly border of Texas.

But this is precisely the wrong attitude for economic and political leaders to take.  Daniel Horowitz explains:

Wrong! When Jennifer Granholm, Biden’s energy secretary, said recently that “California is in the lead” on energy and “can show the rest of the nation how it is done,” she could have said the same thing about Oklahoma. During a confab of the Western Governors Association in Oklahoma City, Governor Stitt bragged about installing carbon-neutral green energy into the Oklahoma electricity grid and how “the number of charging stations spread out along highways can serve thousands of electric vehicles and a plan to create a new hydrogen energy hub will help the nation move away from fossil fuels,” according to the Oklahoman.

In an interview with the prominent local paper after the event, Stitt let the cat out of the bag as to why he is all in on green energy, revealing the likely culprit for why Republicans betray us on almost every other important issue. “Most Republican governors would not tackle that, but as a business person … you’re looking at where the investments are heading,” said Stitt.

Points for honesty! And Stitt is not wrong. All the money is indeed with the bad guys. The money is with the Great Reset, open borders, pro-criminal policies, corporate welfare, biomedical tyranny, and green energy. Thus, if you ever wondered why Republicans refuse to hold Democrats accountable – even when their policies are so destructive and unpopular – follow the money. Or as Stitt would say, the “investments.”

At a time when we are confronted with an intractable fight for our way of life and need an opposing party to break the paradigm of the federal government working with the ESG “sustainable growth” and “Agenda 2030,” governors like Stitt believe in the old adage “if you can’t beat ’em, join ’em.” Yet the only reason we can’t beat them is because Stitt and other GOP governors have already decided to join the bad guys.

The answer to foolish energy decisions by woke globalists isn’t to join them in their folly; it is to oppose them with better, rational alternatives.  Instead of throwing millions and billions of dollars down the rat hole of carbon capture technology that doesn’t seem to work that well, fund research for safer nuclear energy, hydrogen power, and cleaner, more efficient extraction technology for oil and gas.  Instead of agreeing with them that carbon dioxide is a menace to the planet, point to the research showing that the oceans are the dominant force determining temperature changes in the world.

But this is getting a too far away from the main point, so let us return to it.

The second essay is by The Hayride’s own Mr. Scott McKay, from which we draw attention to these lines:

People here might follow politics, and they’ll definitely follow national politics. Almost nothing at the local or state level gets people torqued up anymore. For example, John Bel Edwards spent the better part of two years trying to lock down Louisiana’s civil life and even forcing a useless COVID vaccine into the arms of kids, and most of the state basically yawned. Now – nobody complied with his mandates, other than a few people in core Democrat constituencies, but to get angry about it and demand somebody do something? Nah.

. . . Louisiana is a state with low political engagement. And that will only change when the people see some evidence that politics is more than just a quadrennial grift laid on them by hucksters and crooks who’ll never make things better.

The thing that connects both of these issues – the obsession with CO2 and climate change and Louisiana’s lack of political engagement – is Christianity.

In the first case, the erosion of Christian belief that has been happening in recent years means that new religions will necessarily appear to fill the crushing existential emptiness in the human soul that comes along with a rejection of Christ’s offer of new and abundant life – new religions like this repackaged pantheism of saving Mother Earth from ‘climate change’.

In the second case, an active Christian faith will draw people into the public square to speak and act vigorously.  Malaise is a sign that we are too comfortable in materialistic self-interest, that we believe there is nothing worth sacrificing our personal peace and contentment to defend.  But painful, heroic sacrifice for others is at the heart of true Christianity:  It is what Christ did for us, and what we must do for others if we would be faithful disciples of His.

For example, in Serbia in recent weeks, huge crowds have gathered to support the traditional Christian family in the face of efforts to normalize the LGBT ideology.  Where are Louisiana’s massive, sustained protests to uphold traditional marriage, to expel the LGBT groomers and their books from schools and libraries, to outlaw abortion pills, to stop Big Tech censorship, to remove covid totalitarians from office, etc.?

But Christianity is not simply defensive.  It is also constructive, creating many wonderful things for the benefit of man.  Under the influence of the Orthodox Church, England created beautiful illuminated manuscripts like the Lindisfarne Gospels; France developed the unique forms of her Carolingian architecture; holy men and women like St. Martin the Merciful of Tours (+397 A.D.), a saint dear to Louisiana, arose; and further to the east, in the Queen City of Constantinople, the awe-inspiring walls and famous Greek fire that kept the city safe from invasion for centuries were made.

With the return of a vibrant Christian Faith in Louisiana, we could have safe advances in the energy sector without making wasteful, unnecessary sacrifices to ideological idols; we could have a vigilant population ready to defend the good and build a beautiful culture.  And safe from enemies, we could do what Mr. McKay described so well in his essay mentioned above – enjoy our local, inherited folkways:

People in Louisiana overwhelmingly were born and raised here. It’s just under 80 percent of the population of the state who are natives. That’s actually a pretty cool thing, in that it breeds a lot of cultural adhesion and it makes things like Mardi Gras, LSU football, the Ponchatoula Strawberry Festival and so on the grand tradition they are. People from out of state come here and they can’t believe how big a deal some of our cultural fare can be. There’s a lot of charm in that.

Interested in more news from Louisiana? We've got you covered! See More Louisiana News
Previous Article Even A Democrat Pollster Can’t Make A Runoff For Kennedy
Next Article MARSH MAN MASSON: I Threw THIS Cork Along THIS Shoreline and Caught THIS!