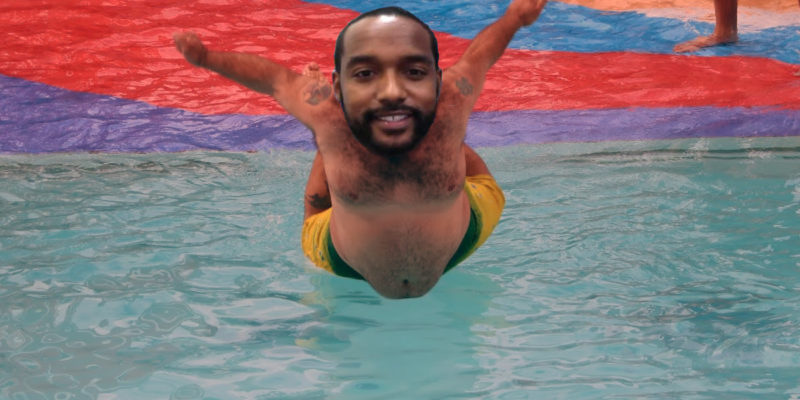 The timing could not have been worse for Democrat Mayor Adrian Perkins, fighting a tough reelection battle, to have voters hear from the Louisiana Legislative Auditor a review of his shady practices from the moment he entered office.

This week, the LLA released an audit covering two questions about Perkins’ behavior in office as it related to fiscal regulations. It mentioned the one-off effort came from numerous complaints apparently from inside and outside of city government about the switch in insurance carriers for excess workers’ compensation and property and also about payments for Perkins’ travel expenses.

Public knowledge abounded about the property insurer claim – a Perkins ally ended up brokering a change that eventually cost the city much more than by sticking with the previous agent, although the City Council belatedly approved it despite selection not following city policy – but few at the time knew Perkins in late 2018 also on his own authority (and apparently before his inauguration) dumped the workers’ compensation insurer, also in place since 2006, and, again abjuring city policy, didn’t follow purchasing regulations nor received Council approval. Perkins claims he asked the city to use a local vendor and have a competitive selection process, but interviewees said he ordered them to use a specific agent.

The Council actually set aside the latter change, asking for documentation, but the city issued payment anyway to the Perkins ally for services rendered, with underlings fearing a suit otherwise. The LLA concluded this failure to solicit requests for proposals with the amounts well over $10,000 in both instances and Council failure to approve in the latter appeared to violate city purchasing policy.

While the attentive public has grown both amused and outraged at travel spending instigated by New Orleans Democrat Mayor LaToya Cantrell, according to the report Perkins wasn’t a piker on this account, either. He took 23 official trips in in his first three years in office, with 16 of these accounting for about an eleventh of the $35,845 having expenses that didn’t seem to qualify for travel on the taxpayer dime. Further, 16 of the 23 representing about three-quarters of the total had travel expense reports filed late, which would violate city policy.

The 67 listed out-of-town days meant Perkins spent 6 percent of his time in office away from the city, although this likely vastly understates the actual time away. He went 15 months without travelling for city official business starting in February 2020, with the Wuhan coronavirus pandemic descending a month later but then his declaring a U.S. Senate candidacy that summer which involved extensive travel but utilizing campaign funds. Also, some of the dates attached to filed reports suggest he spent more time away than recorded for expense purposes; for example, he attended the U.S. Conference of Mayors meeting in Washington from Jan. 23-27, 2019 but then also was part of a luncheon there for a different purpose from Jan. 30-Feb. 3, and it seems unlikely he would head back to Shreveport on Sunday only to return on a Wednesday for five more days.

Many of the disputed expenses came because Perkins sloppily kept records if at all, which seems unusual given his Army officer background. Other occurred because they didn’t comport to existing regulations. He has reimbursed a pittance of the 2019 and 2020 unqualified expenditures.

Perkins responded that, insofar as the insuring goes, he did what everybody else had been doing for the previous 13 years, as if this exculpated him from following policy and law. And he indicated that, as his hand had been caught in the cookie jar, he would pay off the remaining $35,000-plus, which begs the question of whether he ever would have done so had this not been investigated.

From what the report reveals, either Perkins is stupid or plays dumb. How many trips does he have to go on to get it through his head a set of uncomplicated travel regulations? And why was he in such haste to maneuver a minority-owned firm into becoming the city’s insurance agent that he couldn’t wait on his swearing in – the contract extended more than two months into the new year – and use the time to learn about the simple rules of procurement, which by the time the workers’ compensation deal was sent to the Council he surely would have known in any event?

Either way, neither commends one to serve as mayor of the state’s third-largest city. We’ll have to see what impact the report has, if any, on the election in four weeks’ time.