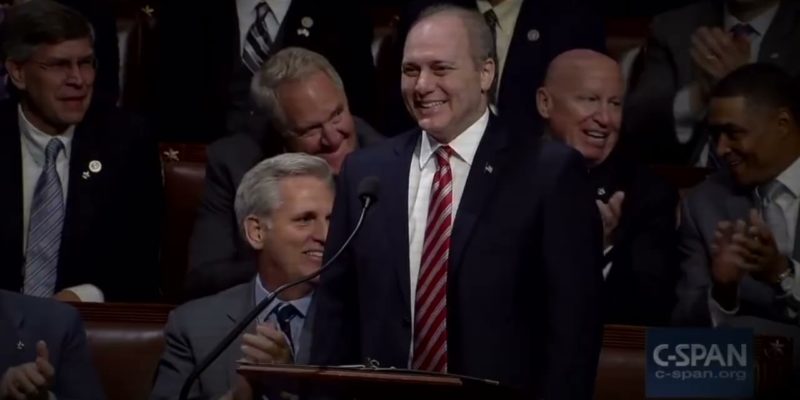 Over the last few years, we have seen the consequences of leftist Democrats’ embrace of the radical “Defund the Police” and “No Cash Bail” movements. By slashing police budgets, ending cash bail, and allowing violent offenders back onto our streets, radical Democrats nationwide have made our communities less safe.

In 2002, Sen. Joe Biden wrote, “And what works in the fight against crime? It’s simple – more police on the streets.”

But what changed to cause President Biden and congressional Democrats to completely change course from those words from 20 years ago?

Only now, as polling shows that majorities of Americans reject their soft-on-crime policies and are horrified by the increase in violent crime nationwide, have Democrats tried to distance themselves from the policies they have championed for years.

Sadly, this reversal comes too late for many victims of crime in Wisconsin.

Last November, Darrell Brooks plowed his car through a Christmas parade killing six people and injuring 62 others in Waukesha, Wisconsin.

What’s truly upsetting is that Darrell Brooks was arrested for a nearly identical crime days before orchestrating the Waukesha Christmas parade massacre. However, Brooks was released from jail after he posted $1,000 bail.

How can someone accused of running over the mother of his child be allowed to walk out of jail for only $1,000? It’s because Democrats are soft on crime.

The inability to ensure public safety and protect communities is occurring at every level of state government.

One of the most high-profile Democrats in Wisconsin, Lt. Gov. Mandela Barnes, said that “reducing prison populations is now sexy” and sponsored a bill in the Wisconsin state legislature that would eliminate cash bail.

Meanwhile, far-left district attorneys in Milwaukee and Madison have gone beyond simply releasing dangerous criminals into the public and have refused to prosecute career criminals. As a result of letting dangerous felons and repeat offenders off the hook, crime is skyrocketing statewide.

These dangerous criminals know there will not be any consequences for their violent actions.

Crime isn’t just surging in Wisconsin – echoes of Democrats’ “Defund the Police” movement are happening in every Democrat-run city and state across the country.

In the summer of 2020, the riots, arson and looting that took place in Kenosha, Wisconsin, after the death of George Floyd caused more than $10 million in damage and stolen property.

Experts estimate that the riots spread to over 100 cities across 20 states. The total estimated property damage will exceed $1 billion – the most expensive damage for a riot in American history.

In our “Commitment to America,” House Republicans have mapped out how we will reduce crime, stand with law enforcement, and reverse Democrats’ radical “Defund the Police” agenda.

By giving police departments the resources they need to recruit additional officers, we can reverse the retirement and resignation crisis that has been plaguing law enforcement over the last few years.

By cracking down on rogue prosecutors who favor criminals over victims, we can ensure that no one else is put in harm’s way as a result of Democrats’ negligence.

House Republicans are ready to stand up to the criminals who think that this country is theirs for the taking, and the leftists in Washington who are enabling this outbreak of violent crime.

Each day, hundreds of thousands of men and women in law enforcement show up to work ready to protect us and our loved ones from danger. Republicans stand with these brave heroes, and in 2023, we’re ready to make it easier for them to do their job.

Our “Commitment to America” will partner with law enforcement, as well as local community leaders, to develop a public safety plan that shields vulnerable Americans from the onslaught of violent crime that is ravaging our communities.