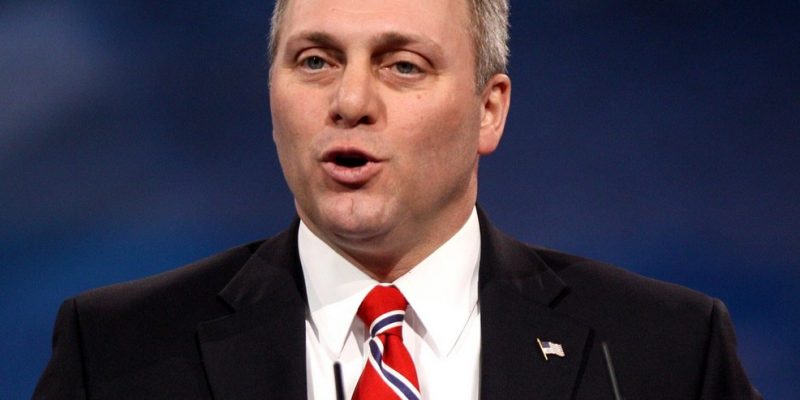 Are you and your family better off than you were two years ago?

Under two years of Democrats’ control of Washington, inflation is surging, energy prices are through the roof, crime is out of control and a record number of illegal immigrants have flooded across our open southern border, bringing fentanyl and other drugs that killed more than 100,000 young Americans last year.

We deserve better than this far-left socialism. Everything costs more because of Biden and Pelosi’s rampant spending – from the food you buy at the grocery store to the gas you pay for at the pump. Compared to last year, gas prices rose 18.2% and groceries prices increased by 13%.

A Republican House will pass bills to reverse the damage and prioritize your economic security. We will pass bills to rein in inflation, cut your taxes, and make it more affordable for you to pursue your dreams and raise a family. Your financial security will be our top priority, and we’re ready to clean up the mess that Biden and Pelosi have made.

In the summer of 2020, big cities were burned and looted by far-left thugs and rioters. In the midst of all the chaos, opportunists ransacked every store in sight. Our police officers were the first ones to charge into danger and protect the innocent from violence and looting. Despite their heroism, Democrats labeled law enforcement officers as racists and embraced the radical “Defund the Police” movement.

Now, as a result of leftist leaders slashing their local police departments’ budgets and ending cash bail, violent criminals are back on the streets and emboldened by the liberals who coddle them. Democrats’ soft-on-crime policies have led to an increase in murders and violent crime across the country.

How can Biden and Pelosi justify supporting left-wing mobs and protesters over the law enforcement heroes who protect our communities and keep us safe?

Republicans will always stand with the brave men and women in blue. If Republicans are in charge, we’ll give local police departments the tools they need to keep our communities safe, which will bolster public safety and reduce crime. We will fight back against far-left district attorneys and prosecutors who do more to protect criminals than the victims they terrorize.

In addition to the lawlessness we’re seeing in Democrat-run cities, we’re also seeing the damage done by the Biden administration’s open-door immigration policies.

Over 3.5 million illegal immigrants have been apprehended trying to enter the United States in the past 18 months under President Biden – more than eight years of apprehensions under the Obama administration.

Every town is now a border town because Democrats have surrendered control of our southern border to illegal immigrants and drug cartels.

Fentanyl is the leading cause of death for Americans between the ages of 18 and 45, and this can be directly traced to Biden turning operational control of our southern border over to drug cartels who are smuggling their deadly drugs into every community in America.

President Biden’s own DEA Administrator said that cartels smuggling fentanyl into the country are “killing Americans at an unprecedented rate.”

If Republicans are in charge, we’ll secure the border and stop the illicit flow of drugs that are poisoning our kids and our communities.

From the moment Joe Biden became President, Democrats put their far-left priorities over the needs of the American people. Big government socialism has been an absolute disaster for this country.

Republicans want all families to have an equal opportunity to achieve the American Dream – from the veteran that honorably served our country to the mom-and-pop business that is struggling to keep their doors open.

We are ready to govern. We’re ready to show up to work, roll up our sleeves and deliver real results for the hardworking families of America. That is our commitment to you.