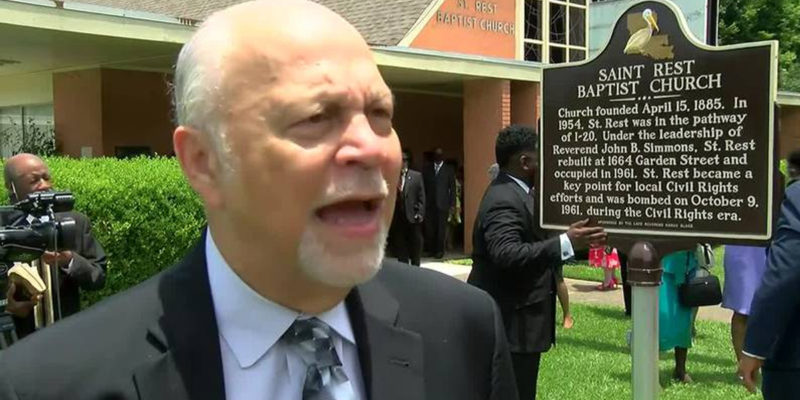 Reports with activity through the end of September showed these two candidates plus no party Caddo Parish Commissioner Mario Chavez had raised and spent the most money throughout the campaign and had the most on hand entering the home stretch, with Tarver leading in all. Notably, Tarver began campaigning long after the other two, although he could draw upon his Senate campaign resources.

However, a noticeable gap exists in money on hand, crucial to making across the finish line in the top two places as inevitably no candidate will receive an absolute majority. While both Arceneaux and Tarver had over $200,000 left – and Tarver nearly double that – Chavez had fewer than $45,000. More disturbingly for his campaign, since Tarver announced his candidacy in late July Chavez attracted only about 20 donations comprising not even five percent of his total raised.

This is expected when reviewing Tarver’s donors. His base by far is the most eclectic, drawing upon statewide sources including a few Senate colleagues present and past, PACs and businesses, and traditional heavy hitters including a few who normally shell out to Republicans. In fact, it most resembles the fusionist coalitions that used to line up behind white Democrats in decades gone by, largely prominent white business and political leaders with some blacks from both sectors as well.

Chavez’s hope had been to do something similar, although more heavily weighed towards Republicans and newer activists, as until recently he had voted conservatively on the Commission as a registered Republican. By declaring himself a no party candidate, he hoped to retain enough Republican support while eating into independents and Democrats, who together far outnumber Republicans, frustrated with Democrat Mayor Adrian Perkins to win.

Arceneaux’s presence somewhat complicated things by presenting a traditional conservative Republican alternative, so Chavez began less often casting conservative votes on the Commission in the hopes enough GOP votes would stick with him as the only electable quasi-conservative yet still win over non-Republican voters. But Tarver’s entrance wrecked those plans as he now offered a home for non-Republicans, squeezing Chavez between him and Arceneaux, whose donor base echoes conservative Republicans who have backed the past few prominent GOP mayoral candidates – all who made a runoff and all who lost.

The void represented by Perkins, who in nearly four years has committed a long string of missteps that indicates little desire for a fresh approach but rather was an exercise in inserting new insiders into Government Plaza and governing carelessly and as a dilletante in the world of politics, Tarver neatly has filled. Perkins, who spent most of what he took in during the reporting interval fending off a legal challenge to his candidacy that he was lucky to win, took in hardly any small donations in favor of big ones many from professional interests (and some hedgers who gave big to multiple candidacies) and from out-of-town, if not out-of-state. (Befitting his style of governance, many entries had incomplete information.)

This is the hallmark of a hollow candidacy with shallow support. And, with only around $65,000 on hand, this leaves him in poor position to defend his office. He apparently is banking on leveraging publicity gleaned from being in office, as his expenses almost entirely went towards canvassing, with no media buys. The period encompassing the legal challenge proved toxic, as he received almost no donations during it.

Finally, latecomer Democrat City Councilor LeVette Fuller had a chance to profit from Perkins’ follies. Although ideologically as far left as Perkins, in her term on the Council Fuller appeared to govern more transparently and soberly (although not so much on the road where she racked up a drunk driving conviction), potentially making her a landing spot for Democrats disenchanted with Perkins and especially in the period where it seemed he would be tossed from the ballot.

Her report, filed late, show that she failed to do this. Dominated by a lot of small donors that appeared to capture the far left, she only raised around $45,000 and spent nearly two thirds of it. Again, this would indicate that voters who might have gone her way instead Tarver likely will incorporate, making her a non-factor.

These numbers suggest Perkins, Chavez, and Fuller won’t make a runoff, and likely finishing in that order. Donors are investors with most putting money down only where they see likely success, and that marketplace indicates an Arceneaux-Tarver runoff with the former likely leading into that but the latter with the advantage in the runoff.