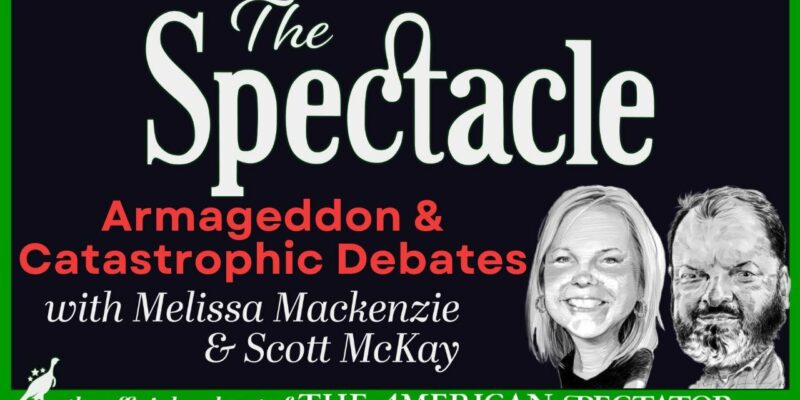 In case our readers aren’t aware, Melissa Mackenzie, the publisher of The American Spectator, and yours truly have started a podcast. It’s called The Spectacle, and it’s a back-and-forth conversation between us about current events and the state of the world.

This was the first episode, recorded a couple of weeks ago and published live earlier last week. But Episode 2, which we recorded on Wednesday, went up at YouTube and all the other places where you can stream a podcast on Friday. In it, we’re talking about the Oz-Fetterman race in Pennsylvania, the prospect of the GOP red wave that appears to be coming in next week, and then there’s the big topic.

Namely, who’s going to step in and do something about the potential for nuclear armageddon between the U.S. and Russia over Ukraine, and why aren’t Americans clamoring to put a stop to that war before things become too dangerous to survive?

The Spectacle will appear once a week, and as we develop it we’ll have guests on and broaden our topics. But we think it’s off to a fine start – and of course we’re wide open to suggestions on how to make it better. Just let us know in the YouTube comments, or via email at scott at thehayride dot com.

Interested in more national news? We've got you covered! See More National News
Previous Article This One-Minute Video Is The Most Damning Thing About Our Culture You’ll Ever See
Next Article LANDRY: Divest from BlackRock Before It Divests You