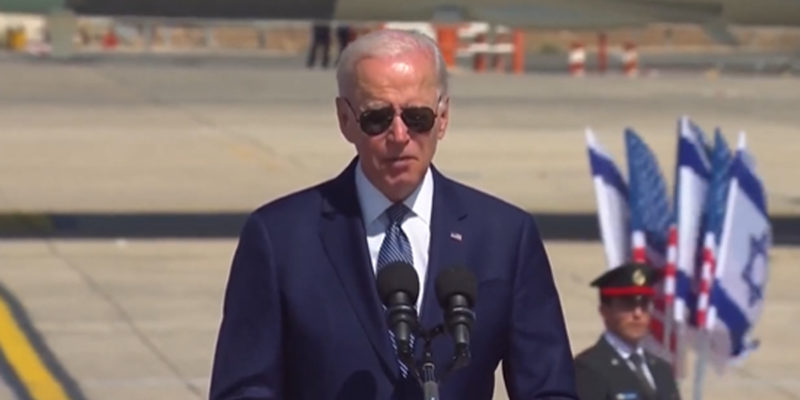 I sometimes believe that it would be difficult to be any more surprised about national developments, but I find I continue to be mistaken about that.

Early voting for the November midterm elections is well under way as Nov. 8th, Election Day, approaches.  So, what has President Biden touted as his—and, derivatively, his Democrat Party—closing message to the American people before the election? What economic, domestic, or foreign policy achievement does he point to, to assist his party in their election efforts?

Abortion on demand for any reason up to and during the birth process, and without anesthetic to reduce the pain during the killing of innocent children; Transgenderism, including child genital mutilation without a parent’s consent.

These are the two issues he’s highlighted in the last two weeks.

Well, needless to say, they are not high on the list of voter priorities, but the President is desperate for any possible method of distracting voters from the reality they live every day.

He really doesn’t have anything else.

Our nation is mired in the highest inflation since the Jimmy Carter Administration.  Americans feel its crushing impact when they go to the store for food, fill up their car with gas, try to keep up with their bills, review their depleted savings and the diminished value of their retirement pensions, as well as realizing their paycheck simply doesn’t go as far.

While millions of Americans struggle with these rising costs right in front of them such as for food, gas, and child-care, they are also smart enough to know that inflation is the hidden but very real “Biden tax” they pay for every single economic activity, directly hurting them and their families.  It is estimated that right now inflation is costing the typical American family $276 more per month and roughly $3,300 per year, numbers that will likely only rise.

Americans also haven’t forgotten the Afghanistan Debacle and our government’s gifting of $87 billion in military hardware to the Taliban, the evil accomplices of al-Qaeda in the Sept. 11 attack on America.

Our nation also has not forgotten that while Pres. Biden properly called for the defense of the borders of Ukraine, his Administration has never made an effort to stop the flood of illegals into our country on our southern border and the drugs (fentanyl is killing hundreds of Americans daily), theft, crime, terrorists, and human trafficking that accompany them.

What about public health and public safety concerns? What about the China Virus fears we’ve been suffocated with for over 2 years that have greatly restricted the personal and economic liberty of millions of Americans? There are still places in the U.S. that American citizens cannot go without a vaccine card and a mask.  Yet, we allow unmasked un-vaxed, unknown and unvetted individuals numbering millions to break into our country, violate our laws and become potentially super-spreaders in our communities.

Voters also, for example, reject the doomsday scenario and massive spending on Climate Change (referred to for generations as “weather”) and the foolhardy attempt to eliminate fossil fuels.  They realize that such a policy does nothing but increase the cost of energy and the rate of inflation to produce and transport goods and services to consumers.

Can the Climate Change religionists not recognize that when you kill the U.S. oil and gas industry—and Pres. Trump had made America totally energy independent—you make America hostage to Russia and the Middle East for our energy needs? In so doing, you force Americans to pay more for foreign oil (because it’s drilled and transported from overseas) that’s less reliable (see the Russian invasion of Ukraine and the constant unrest in the Middle East)) when we could be producing it at home and building our own national economy and national security at the same time.

Also, has the Biden Administration ever really disavowed the stance of many of its supporters who demand the defunding of police?  Is the President not aware that thought frightens millions of Americans in our crime-rampant cities?

So, no police and no gasoline.  We’ll just rely on the kindness and good nature of the criminals not to harm us, as we depend on the wind, when it blows, and the sun, when it shines, to produce the power necessary to dependably run America’s enormous industrial society in 2022.

I believe a reckoning is coming in these mid-term elections.