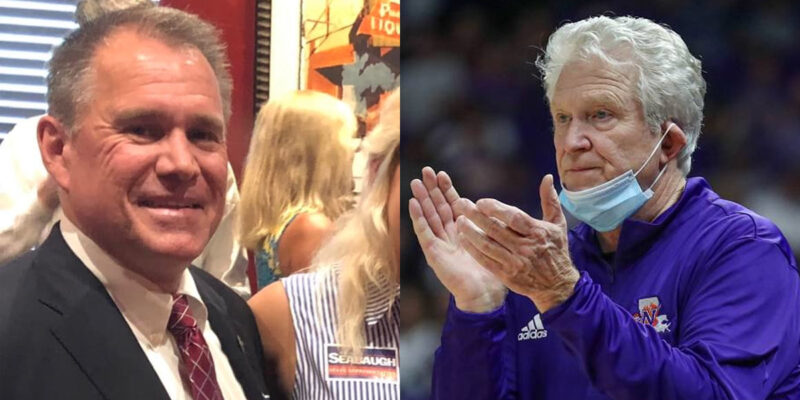 The contest 50 weeks away for Louisiana’s Senate District 31 has shaped up to turn back the clock 16 years in pitting a known conservative against an opponent with questions about his true beliefs.

In 2007, upon the term limitation of Shreveport Republican Max Malone for Senate District 37, GOP former state Rep. Buddy Shaw from Shreveport, who had retired after two terms in 2003,  looked to succeed him in the district that spanned southern Caddo and Bossier Parishes. He faced a formidable foe in Republican state Rep. Billy Montgomery of Haughton who was term-limited like Malone after serving in his post for 20 years. Three other quality candidates competed (including future holder of the seat Republican Barrow Peacock) but when the dust settled those two headed to the runoff.

Caddo Parish registrants outnumbered Bossier’s 53 to 47 percent, but Montgomery piled up a huge spending advantage. In this election, relying heavily on print and electronic outreach, he would spend nearly $300,000 to make it into the runoff and over $500,000 total – at the time the most ever for a legislative contest. (That would be topped by just over $10,000 12 years later in neighboring District 36 when GOP state Sen. Ryan Gatti failed to secure reelection, although in his case a much higher proportion was self-financed.)

Montgomery collected so much because he was the establishment candidate, part of the get-along-go-along, big government crowd in Baton Rouge who had been a Democrat until about a year before, switching in anticipation of the Senate run. His Louisiana Legislative Log voting score for that term was only 38 (100 indicating a “perfect” conservative/reform record), even as during his last two years as a Republican he began voting significantly more conservatively.

By contrast, Shaw had an impeccably conservative record (except for skepticism about school choice; like Montgomery he was a former public school educator) and thus took on the role of insurgent. On the outside, he raised and spent fewer than $50,000 to make it past the general election, and only just over $100,000 for the entire contest.

Still, when the dust settled, he won, for two reasons. He hammered home a relentlessly conservative message, backed by years of votes in the House, and he did it in classic retail politics fashion by – at age 74, four years older than Montgomery – walking the entire district and then some. He successfully tapped into the same base conservatism in the district that had carried Malone, another insurgent, to victory initially over two establishment Democrats in 1995 and as recently as 2003 over another Bossier Parish establishment Democrat, Don Pierson, who now serves as Democrat Gov. John Bel Edwards’ secretary of economic development.

Reapportionment ejected District 37 to southern Louisiana for 2023 and beyond, with a significant portion of its previous territory subsumed into District 31, although the majority of its area would continue to contain rural parishes farther to the south with the only significant populated place being Natchitoches. That contest will feature another reliable conservative, current House District 5 Republican state Rep. Alan Seabaugh.

Seabaugh not only carries a high Log score throughout his career that began in 2010 – for the past term, averaging 93 – but in his legislative service has established himself as one of the most outspoken conservatives in the body. Perhaps his most controversial moment came in 2018 when he used parliamentary tactics to defeat an attempt to renews a sales tax increase higher than another agreed amount, an action which from then until its expiration in a couple of years will save taxpayers hundreds of millions of dollars.

He also has a history of quality campaigning. He actually ran for the Senate for the first time in 2007 against an entrenched Republican incumbent (Sherri Smith Cheek, who later would marry longtime Bossier City and then Parish financial chief Joe Buffington) in a different district and received 47 percent of the vote, and since then in HD 5 has won easily. As well as able to spread word of his record effectively, aided by a campaign kitty at the end of last year in excess of $160,000, through campaign assistance to others (including through a political action committee) he has connections to Bossier as well. All told, about a third of the new district’s population resides in areas where he has a political base.

But to the other two-thirds he needs to introduce himself, and that will put him up against recently retired Northwestern State University men’s basketball coach Mike McConathy. Last week, McConathy announced for the contest, and, for the factions that supported the likes of Montgomery 15 years ago, you couldn’t build a more ideal candidate.

Like Montgomery, McConathy is an honored former scholastic roundball coach, although his fame comes at the collegiate level whereas Montgomery excelled at high school hoops. Better for his chances, prior to his over two decades at NSU he spent almost that much time coaching at Bossier Parish Community College and whose father served as superintendent of parish schools, giving him a bit of a base in that part of the district even as he has lived in Natchitoches for many years.

Yet perhaps best of all for his hopes, he is a blank slate politically who can draw on fame outside of politics. In recent years as the label “Democrat” has become more toxic to voters outside of many large central cities in the state, white Democrat powerbrokers in particular have stumped for Democrats-turned-Republicans (including some existing officeholders who didn’t change their voting habits all that much after the switch, as in the case of Montgomery), novices without a record, and/or those running not as a major party candidate. McConathy checks off two of these boxes, a politics rookie registered to vote no party as he is and who earlier this year pledged he would run without a party label. (As to his campaign donations, McConathy has given to both parties, mostly to Republicans.)

Perhaps most eye-raising for conservative voters in the district, McConathy has cited Montgomery as an inspiration to him in life, including in politics. Moreover, the core of the old district found itself somewhat misled before by its current occupant, Republican state Sen. Louie Bernard (for many terms in parish government a Democrat) who over the past three years cast several high-profile non-conservative and very consequential votes.

Running no party does represent some risk for McConathy. If simply two-up with Seabaugh, it gives him a chance to suck in disproportionately Democrats, especially the large portion of black registrants who by population comprise a quarter of the district. At the same time, it will discourage some voters in one of the more conservative districts in the state who associate conservatism with GOP affiliation and if a Democrat of decent quality enters that could ace him out of a runoff spot, if that even became necessary.

Regardless, he would be an ideal stealth candidate for the good old boys to back, echoing the 2007 contest although without Montgomery’s political experience or baggage for that matter, and where Seabaugh plays the role of Shaw as disruptor preaching reduced taxes (Shaw would play a key role in income tax cuts the year after), holding the line on the size of government, and ushering away pigs from the trough, which will involve stepping on the toes of some deep-pocketed elites. Assuredly Seabaugh will disseminate thoroughly this message over the coming year to a receptive electorate. (Both he and McConathy – a speaker this month at a Fellowship of Christian Athletes banquet in Bossier City – like Shaw and Montgomery were, are reliably socially conservative that is a virtual requirement for winning this district.)

So, if McConathy has any chance of prevailing, he’ll have to demonstrate credible fidelity to similar issue preferences while somehow proving he can do a better job than a veteran officeholder while hanging on to a big chunk of the non-conservative vote in the district. Times, which had begun changing in 2007, may have changed further enough away, from the economic liberal populism of the past that the good old boys in politics employed to hold power, that against a quality campaigner like Seabaugh this will turn out to be an impossible task.

Interested in more national news? We've got you covered! See More National News
Previous Article LACAG: The Carbon Capture Ruse is Coming to a County Near You
Next Article It’s Fun To Watch Royce Duplessis Play The Race Card On Mandie Landry