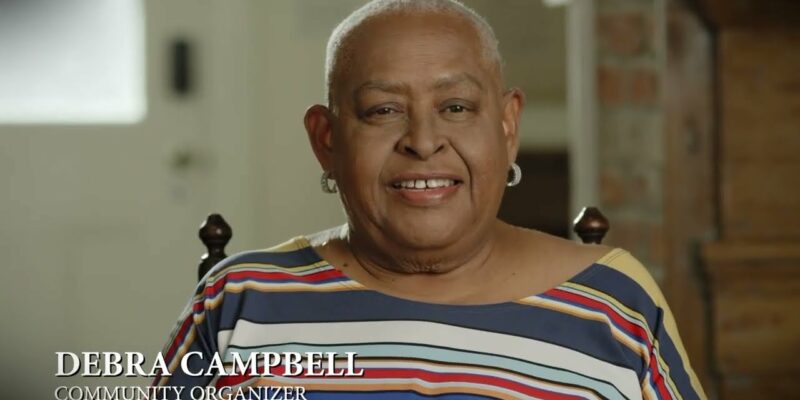 This is pretty much the most enjoyable ad of the 2022 election cycle in Louisiana. It comes from the special election in state Senate District 5, where a pair of ideologically identical Marxist Democrats in the House of Representatives, Royce Duplessis and Mandie Landry, are locked in what looks like a reasonably close race for the right to succeed the disgraced Karen Carter Peterson.

And in it, Duplessis drops the race card from the bottom of the deck and tosses it in Landry’s face…

We love everything about this and can’t stop laughing about it.

The thing to understand here is it’s an utterly meritless charge. And this is probably the only time we’ll ever bother to defend Landry – who we’d really like to see lose this race, because we’re getting exceptionally close to the point where there are no white Democrats left in the Louisiana Senate and that’s a goal everybody who’s not a white Democrat ought to be pursuing (especially given the track record of white Democrats in positions of governance in this state over the last, oh, 150 years or so).

The back story behind this ad goes as follows: there’s a long-standing unwritten rule when it comes to redistricting that when state legislative districts have to be broken up, the way it’s done is you chop up the ones where current members are either retiring or are term-limited. Not the ones where there’s a current member who’s going to run for re-election.

That isn’t just a selfish thing of legislators protecting their own. It’s a way to balance the downside of term limits; namely, when these guys only have 12 years in the House, say, you really only have six or seven truly productive years where they’ve learned the ropes well enough that they understand the legislative process and the lay of the land well enough to pass a bill, or make good amendments, or to understand the hidden horrors which make bills disastrous.

So chopping up a district where there’s an incumbent with some run left to him or her isn’t a great idea, and that incumbent’s voters will generally have to trade a veteran for a rookie as a result and that isn’t awesome. So that’s why it’s not done.

That’s why when the Shreveport area was going to lose a House district, everybody understood that was going to be Rep. Alan Seabaugh’s district because his term is up after next year (and Seabaugh is running for the state Senate, as Jeff Sadow noted this morning).

But that wasn’t good enough for Rep. Cedric Glover, a black Democrat from Shreveport. Glover introduced an amendment to the House redistricting plan which would have chopped Danny McCormick’s district up and essentially made it a black district.

There weren’t votes for that. And Landry, whose House district wasn’t chopped up and turned into a black district solely because of this agreed-upon convention, voted against it.

So she’s a racist. And the fact McCormick was the author of that strong-black-coffee anti-abortion bill that would have criminalized the user experience, something that even the mainstream pro-life folks blanched at, makes it even more of a red-meat issue for the deep blue denizens of District 5.

This is basically the only issue where you’ll find disagreement between Duplessis and Landry, who are two of the furthest-left Democrats in the whole legislature. Both of them might as well be Peterson for the weird woke lunacy coming out of their mouths.

Landry is furious that Duplessis dropped the race card and she gave a snarky comment to the New Orleans Advocate about it, and then there was this on Facebook…

…but the thing we can’t stop laughing about is the seeming naivete here.

Landry’s whole campaign has been a procession of black women screeching about the Dobbs decision and how abortion in Louisiana is gone and what a tragedy it is that they can’t kill their offspring anymore – which, but for the fact that Duplessis has parroted that same line, would likely come off as colossally racist in its own right. It’s been a nonstop panderfest, as though Mandie Landry actually thought that she could overcome the race piece if she just presented as far enough left.

Then along comes Duplessis with an ad that blasts out the unmistakable message of “she might say all the things, but at the end of the day this white woman is not one of us and she’ll side with the white Republicans over our people.”

It doesn’t matter whether that’s a lie. All that matters is Duplessis’ camp knows they can sell it.

So the race is over now, right?

Well…not necessarily. Here’s what you don’t understand about District 5.

Namely, that yes – it’s a majority-minority district. But it has more white voters than black voters. It’s 46 percent white, 44 percent black, and in a pretty high number for Louisiana there is 10 percent of the district which is “other” – chiefly Hispanics with some Asians thrown in.

So when Duplessis flops over that race card and polarizes things, the Hispanics and Asians then become the swing votes.

And if this is an identity contest because there isn’t a single policy issue these two disagree on, do the Hispanics and Asians really give a damn about how many black House districts there are in the Louisiana legislature?

They might decide the answer to that question is “nope” and the ad backfires.

We have no idea. We’re just speculating. It might also be there are enough woke white leftists in District 5 who see this ad and think Mandie Landry, the wokest woker who ever woked in Louisiana, just isn’t down with the struggle quite enough, and that would be enough for Duplessis’ ad to be the killer app in the race.

Either way, we couldn’t have cared less which one of these prog politicians won that race. And we still don’t. But we’re fascinated nonetheless. Hopefully we’ll see even more mud and blood being flung about in District 5.