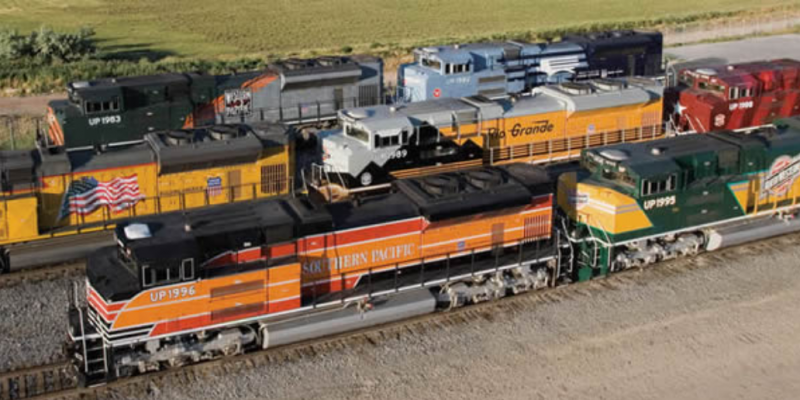 The bill is about to come due from Team Biden and the Democrats trying to push the consequences of their failures past the midterm elections. First up, unless you want to count the cascade of trouble over the diesel shortage which is beginning now, is another colossal supply-chain disruption.

Members of a key rail union voted to reject a tentative contract agreement negotiated by the Biden administration, raising the risk of a strike that would shut down the nation’s railroads.

The vote sets the stage for a walkout on Dec. 9, in the middle of the holiday shopping season that demands increased shipping volume. Railroads transport around one-third of U.S. freight, including large amounts of food, packaged goods, fuel and car parts that can’t be shipped by other means.

“This can all be settled through negotiations and without a strike,” SMART-TD President Jeremy Ferguson said in a statement. “A settlement would be in the best interests of the workers, the railroads, shippers and the American people.”

Rail workers are pushing for better pay, more reliable schedules, stronger safety standards and the ability to take time off if they are sick or have a doctor’s appointment.

Members of the Brotherhood of Locomotive Engineers and Trainmen, which together with SMART-TD represents more than half of the nation’s 115,000 railroad workers, voted to accept the tentative deal.

The Biden administration helped the two unions come to a tentative agreement with railroads in September, narrowly averting a strike that was set to take place the next day.

Eight of the 12 rail unions have now ratified agreements with the railroads. Three others saw their members vote down tentative deals. If just one union fails to ratify an agreement and chooses to strike, all rail workers would be set to walk out.

So you’re amid a massive diesel shortage, and that means the battered trucking industry is at reduced capacity, and now you’ll have a rail strike to boot, and exactly how is freight supposed to move?

The answer is it won’t, and you only think you’ve seen inflation.