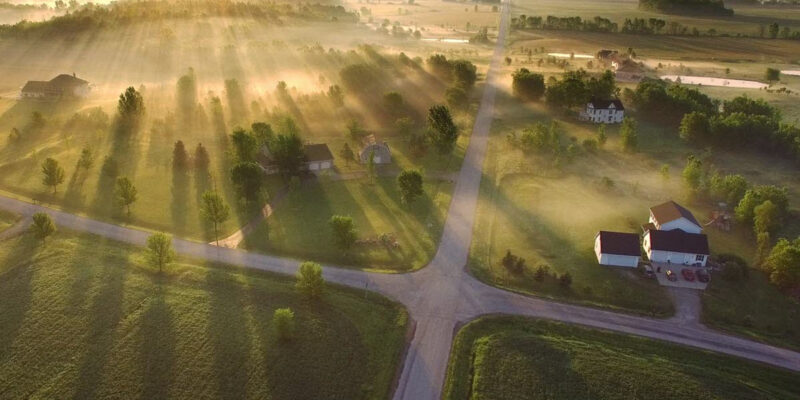 The classical definition of justice is giving “to each his due.”  This is clearly not happening in the context of elections in the United States, where the electoral power of the urban centers trounces that of the rural areas.  Results from several elections in 2022 illustrate this glaring injustice:

This measure failed by a slim margin, 52.6% of voters said No, 47.4% Yes.  However, the county breakdown is revealing.  Only 12 counties voted No, while an overwhelming 44 voted for it.

Another slim defeat, 52.3% No votes vs 47.7% Yes votes.  But the county breakdown is extremely lopsided – 20 counties voted against, but 100 counties voted to approve it.

53.1% of voters were in favor; 46.9% were opposed, with another lopsided county result:  Only 14 counties approved; the other 100 counties were against the amendment.

– US Senate: Oz vs Fetterman in Pennsylvania

This list could be extended ad infinitum, but we think the point has been made:  The “blue” urban centers wield an unjust amount of electoral power over the “red” rural areas.  This imbalance needs to be corrected and quickly.

The Left has no qualms proposing and implementing complicated and confusing electoral schemes like ranked-choice voting and ballot drop boxes that favor its candidates.  The Right needs to respond in kind with its own reform to even out the disparities between city and hinterland.  And the most obvious proposal is to make electoral victories in Statewide elections dependent not on a simple plurality/majority of individual votes, but rather on winning a majority of counties/parishes within each State.

The principle behind this proposal is already at work in the federal government, by which a measure of balance is achieved between countryside and city.  It is at the heart of the federal bicameral legislature, where the House represents more heavily raw population numbers (the urban centers) and the Senate moreso the wider expanse of less populated geographic areas (the rural lands), and in how the federal president is chosen, both in the Electoral College and in the House vote in case of a tie in the former, where once again the rural influence is stronger than would be allowed under a system strictly adhering to the ideology of democratic equality.

The only thing novel in this case would be its application to State-wide elections.

This is consistent with the traditional conservative suspicion of appealing to democracy/equality to solve ever more political problems.  Edmund Burke’s criticism in Reflections on the Revolution in France set the tone for modern conservatives.  For example:

It is said, that twenty-four millions ought to prevail over two hundred thousand. True; if the constitution of a kingdom be a problem of arithmetic. This sort of discourse does well enough with the lamp-post for its second: to men who may reason calmly, it is ridiculous. The will of the many, and their interest, must very often differ; and great will be the difference when they make an evil choice. A government of five hundred country attornies and obscure curates is not good for twenty-four millions of men, though it were chosen by eight and forty millions; nor is it the better for being guided by a dozen of persons of quality, who have betrayed their trust in order to obtain that power. At present, you seem in everything to have strayed out of the high road of nature.

One of the keys to obtaining a just political order, to staying within “the high road of nature” (i.e., natural law), is a prudent distribution of power.  That is clearly lacking in the current arrangement in the States, where a very small number of urban counties are allowed to annul almost completely the votes and voices of the far more numerous rural counties, which only increases rancor and tension within society.

The more sensible, the more just approach, the one more conducive to producing the broadest harmony in the States, is what we will call the compound majority, described above, in which numerical majorities must be won in a majority or supermajority of counties in order for a candidate to be elected or a law or amendment to pass.

Such a system would also have the added advantage of making voter fraud more difficult to execute, as the ballot-tampering and/or -stuffing would have to be carried out in far more counties than those containing the corrupt wards of the urban centers, which are the current epicenters of the fraud (although these are not the only sources of trouble by any means).

Conservatives can continue trying to divine the tea leaves and the entrails to determine why their electoral woes never seem to end, or they can acknowledge the fact staring them straight in the face – most States are already very “red;” they just need to find a way to give those large conservative areas a greater share of political power.  Implementing something like the compound majority would do precisely that, and for that reason should be at the top of the agenda for State legislators and governors to craft, pass, and enact in upcoming sessions of the State legislatures.

Interested in more national news? We've got you covered! See More National News
Previous Article Expose The Filth And Sin Of LaToya Cantrell, And This Is What You Get
Next Article Here Comes Your Post-Election Rail Strike