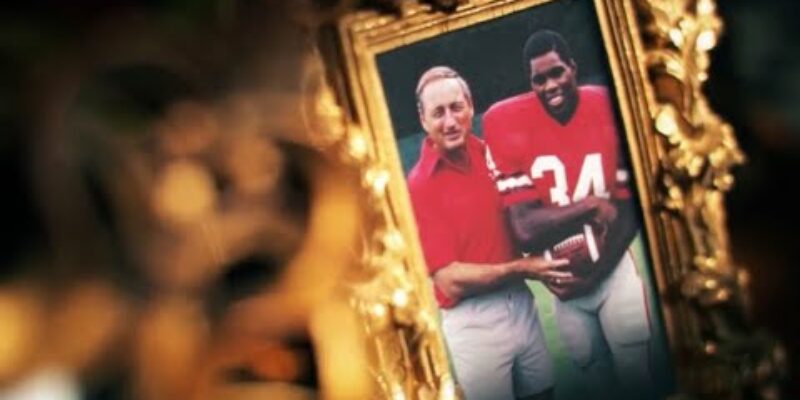 Dooley laid the foundation for excellence in Georgia football, at least where the modern age of the game is concerned. He won the national championship in 1980. Georgia’s star player that year was a freshman running back named Herschel Walker.

It took 41 years for Georgia to win another title, which they did last season. But Dooley won five SEC champions during his time as Georgia’s head coach from 1964-88, along the way setting the record for wins (overall, Dooley was 201-77-10) at the school.

That championship brought Dooley, who also served as the athletic director at Georgia from 1979 to 2004, back to the public eye in the state. He’s a universally loved figure for the prominence he brought to the state’s flagship university.

So having Vince Dooley making an endorsement of Herschel Walker was always going to be a big asset to the latter’s Senate campaign. But the way it’s been done, particularly with this ad dropping in the final days of the campaign and so soon after Dooley’s death, is awfully powerful.

Walker said that when Dooley died he thought about pulling the ad. Dooley’s widow Barbara would have none of that.

“I am honored and humbled that Coach Dooley filmed a commercial in September endorsing me,” Walker said in a statement following Dooley’s death. “It has already aired in the last couple of weeks and was scheduled to be shown during the Georgia-Florida game. After the news of his passing, my first thought was to no longer run the ad because my respect for and friendship with Coach Dooley is more important than politics. I reach out to the family to express my thoughts and give my condolences and Mrs. Dooley assured me that Coach would want the commercial to continue to air. I will honor her wishes. There would be no Herschel Walker without Vince Dooley.”

Walker generally has a big lead with independent voters, the ones most likely to respond to the Dooley ad.

There is a third-party candidate in the race and it does appear that neither candidate will get to 50 percent of the vote, meaning yet agan a Georgia Senate race might go to a runoff in early January. We’ll see what happens on Tuesday night.