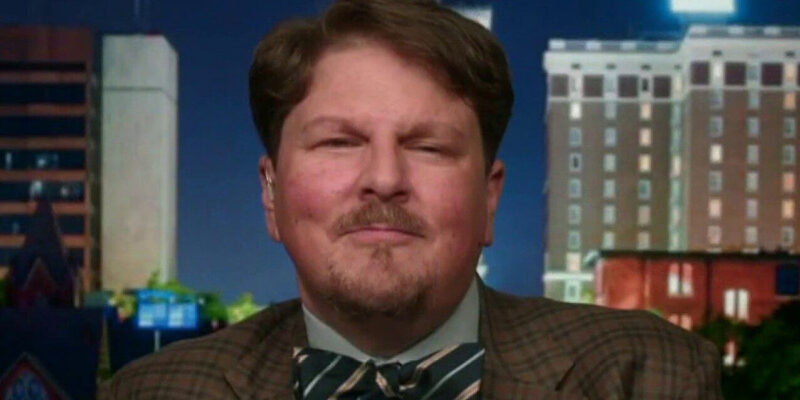 With days to go before the date of both houses of Congress and the Biden agenda are decided, national Pollster Robert Cahaly of The Trafalgar Group took some time out of his busy schedule to field some questions about what’s likely to happen on November 8th and why.

Cahaly covers the reason for the sudden big shift in the national polls, the impact of former President Trump in the mid-terms, the odds of the GOP taking the US Senate and a number of other matters related to Tuesday’s election.

MB: A few months ago things were not looking particularly promising for the GOP in the midterms with only modest gains in the House and possibly losing seats in the US Senate projected. What led to this sudden shift in the past few weeks?

RC:  I don’t accept the premise of that question. Polls have one of two purposes: they are to reflect the electorate or they are designed to effect the electorate.  And I think a lot of the early polling we saw in late July through early September were designed by Democratic sympathetic media and left leaning universities to pump up the Democrats to raise money in Hollywood, Wall Street, and Silicon Valley. Those polls artificially elevated where the Democrats were and they never were really doing that well. I don’t buy that there was this late massive swing.

Those pollsters over estimated how much the public cared about the Dobbs Decision (overturning Roe v Wade) and January 6th. They completely read it wrong and they wanted to believe it. They were doing little tricks like including all registered voters instead of likely voters. And when you are polling all registered voters you are suggesting that more people who voted in 2020 will be voting in 2022.

I mean think about it. How reasonable is it to believe that someone who skipped out on a presidential election is going to vote in a congressional midterm?

Well most of the pollsters now as they get closer to reality have moved from registered voters to likely voters. That previous larger pool of voters sampled was always included to boost the Democrats.

It’s kind of like when the kids made a mess in the house while the parents were on vacation but when mom and dad are heading home they got to clean the house up before the parents show up and see it, so now they have to adjust what they done and have two choices: they can admit that the Republicans have always been strong, which now creates momentum for GOP candidates even though they were always performing well and look really stupid on election day like they did in 2016 or they can just not poll at all and avoid the risk of helping the Republicans.

That’s why you’ve seen an absence of data from a lot of polling in firms that were active in September. The Republicans were never not going to retake the House nor were they going to incur a net loss of seats in the US Senate

MB:  At this juncture it seems to be not a question of taking the House but by what margin. How do you see this playing out?

RC:  I’d say that right now that the Republicans are going to take the House by a margin of 30 seats.

MB:  One of the surprises of this cycle is the competitive nature of governor races in states that are not Republican friendly. What do you attribute this dynamic to?

RC:  One of them is Oregon and it’s not so much the Republicans doing well there as it is an independent candidate polling in double digits splitting the Democratic vote. But in general I’d say this is about a reaction to the lockdowns and people see what’s going on in Texas and Florida and they like that.

MB:  What Senate races do you believe will produce surprising results?

MB:  What are the chances that Republicans win control of the US Senate?

RC:  Crime, the border, and inflation.

MB:  Democrats have run hard on abortion in 2022. Do you believe they overplayed their hand on this issue?

RC:  There’s a very small segment of the electorate where abortion is their number one issue and when compared to.other issues it just doesn’t register as great of importance.  Suburban women are more worried today about being able to go to the grocery without being robbed or their kids getting exposed to fentanyl that’s crossing the southern border.

MB: One of the highest profile US Senate contests is in Pennsylvania.  How do you see that race playing out?

RC: One of things people need to understand about the Pennsylvania race is Fetterman was basically in a cocoon from the time he had his stroke before his primary until recently.  People wanted to give him an opportunity to heal and nobody touched him while at the same time Dr. Oz was getting pounded on. But since Fetterman has reemerged in public not as healthy as they (the media and his campaign) led people to believe you’ve seen the polls move to where they were always going. It’s an extremely competitive state because Pennsylvania is not a one-party state.

If there was a defining moment in the election there it was the Wawa store mass looting where those kids just trashed that store, it kind of put crime back on the front page and kind reminded people about the lawless atmosphere in Pennsylvania.

So when Fetterman came out of hibernation it reminded people how bad he was on the issue of crime.  So as we got closer to November, since the Democrats weren’t going over 50% in the battleground states, voters shifted from undecided and went to the GOP.

MB:. Georgia arguably has the second most prominent US Senate race. Where do you see that election going?

RC: Almost every poll taken since the debate, including the left leaning polling operations, have Herschel Walker either tied or leading.  Walker really did a great job in the debate and we saw two things.

First, this whole thing with Warnock where the church-owned building was kicking people out.  The mainstream media in Georgia refused to cover that story and the debate gave Walker an opportunity to bring it up in public and talk about it and the story got more attention and coverage that one night than it did throughout the entire campaign.

The other thing Walker did in the debate was tie Warnock to the issue of Biden. By my count Walker mentioned the president around 37 times and he delivered some really good lines about it.

Abortion was another area where Walker hit the right points.  Regardless of how you feel about abortion, Georgians want restrictions on this procedure.  This simply isn’t an abortion on demand state.  So when Walker said there are more black babies aborted in Atlanta than baptized, that really struck a nerve considering he’s running against a reverend.

MB:. One of the hottest gubernatorial races in the country is in Arizona.  Do you think Democratic nominee Katie Hobbs made a mistake refusing to debate Republican candidate Kari Lake?

RC: it was a bad a decision and the right decision.  As much as skipping out might be hurting Hobbs, she did not want to take on Lake.  I’d put Kari Lake up against the best Democratic debaters, she’s just that good.

MB:  What has been the net impact of Donald Trump in the 2022 elections?

RC: Massive.  President Trump handpicked a lot of the nominees.  And a lot of people have complained about the candidates he supported but let’s take Dr. Oz for example.  Oz is the only candidate we’ve seen this cycle that is winning more than 20% of the vote of black women.  Voters knew him first from television before politics and liked him so being a Republican didn’t hurt him as much as it did with anyone else.  One of things a Republican must do to win Pennsylvania is perform decent in the Philadelphia area and Oz’s potential there was always greater than the other Republican candidates.

In Ohio JD Vance was a great choice as well in a tough race with a Democratic opponent who is perceived as being moderate.  Same with Walker in Georgia where he is sitting on 23% of the black vote, and then you have to factor in a good bit of the black vote there is undecided against an incumbent black US Senator.

Arizona is another good case with Lake and Masters.  In the US Senate race I can’t recall where a Libertarian candidate has ever dropped out to support the Republican candidate and that’s a real credit to Blake Masters’ appeal. I’m not certain we’d be where we are today without Trump supporting or recruiting these candidates.

MB:  Certain prominent Republican figures have made a point of attempting to split the Republican vote once again. Have they had any kind of relevant effect?

RC:  Mitch McConnell has put his thumb on the scale for Lisa Murkowski to the tune of $8 million and yet Murkowski is supporting a Democrat for Alaska’s US Representative seat. We’d be doing better had McConnell and the establishment put money in states like New Hampshire and Arizona instead of trying to bail Murkowski out in Alaska.

MB:  What do you believe will be the real story of the 2022 elections?