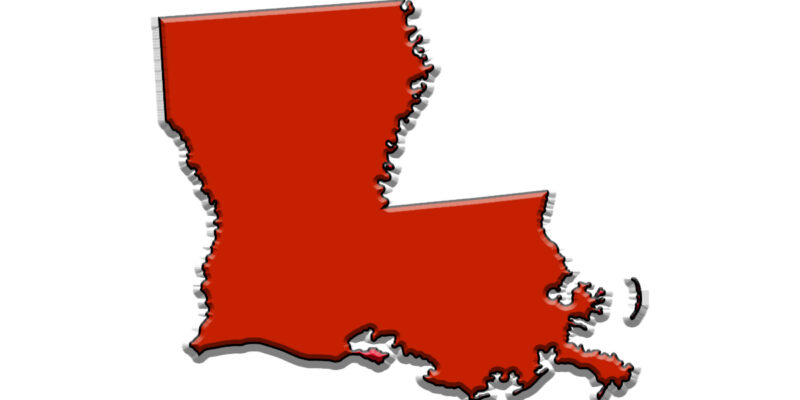 As the smoke clears from last week’s midterm elections across the country, which has obviously generated a great deal of disappointment on the Right and jubilation among Democrats, there are some truths – many of them encouraging, though clearly not all – which can be gleaned.

For our purposes perhaps the most important is that some five million more Americans voted for Republican candidates in federal races than for Democrats, which is a nearly 12 million vote turnaround from the 2020 elections. It’s disappointing that Democrats didn’t lose many more seats as a result – disappointing bordering on suspicious, one would say – but it’s evidence that a red wave did come.

It just ran up against a lot of seawalls.

You saw it wash ashore in Florida, as everyone has noticed, and in other places which are already red.

Statewide races were blowouts in almost every red state.

And in Louisiana the results were mind-blowing.

In none of the congressional districts was the red wave not in evidence, either.

The highest turnout of any of them was in the 6th district, where Garrett Graves got 80 percent of the vote and there was 47.9 percent turnout. But the thing to remember is that Republican Brian Belzer also got 7 percent. Rufus Craig, the Libertarian, got 13 percent.

So you’d say “well, the Democrats didn’t run a candidate, so what does that mean?” But the point is that’s the district with the highest turnout.

The lowest turnout was in the 2nd district, where only 39.7 percent of the vote turned out and 77 percent of that went to Troy Carter.

Katie Darling, the Democrat who ran against Steve Scalise in the 1st district, managed to get 25 percent. That came after her creepy, fraudulent abortion ad where she simulated her own childbirth in a scene shot at an acute care facility which doesn’t deliver babies, was forced viral by legacy media coverage. She still got destroyed.

And in the one D-vs-R race in the state where it’s understood as a truly fair fight, conservative Republican Caleb Kleinpeter throttled state representative Jeremy Lacombe by a 51-42 margin. Another Republican in state Senate District 17, which is traditionally a blue-dog Democrat bastion (the race was to replace Rick Ward, who was originally elected as a Democrat and switched parties without particularly switching ideology), picked up eight percent of the vote.

This place is redder and more primed for a conservative run than ever before.

What lesson do you take from that? It isn’t like the reddening of Louisiana, or the rest of the states in the South and other places in “flyover country.” will abate in the foreseeable future. Joe Biden is at 31 approve, 60 disapprove in Louisiana per the most recent CIVIQS tracking poll. He’s been worse than that, but not by much.

And things across the country, which will include Louisiana, are going to get worse. Everybody knows that.

So the iron is hot and now is the time to strike it.

We’re heading into a statewide election cycle next year. The candidates are already positioning themselves. It might well be that we’re going to have a Jeff Landry-John Kennedy showdown for governor, at least on the GOP side, and if we do that will pit the two most prominent conservative figures in Louisiana against each other, sucking all the oxygen out of the room for people like Billy Nungesser.

And we have a legislative session coming up, with an enormous amount of problems which need to be resolved as soon as possible.

Typically, the legislative session which precedes statewide elections in the fall is a nothing. They’ll show up, pass a budget and go home.

It shouldn’t happen like that this coming year. This coming year there should be a bevy of bills which go to the floor in both chambers of the legislature and give House and Senate members the opportunity to give voters a good barometer for where they stand.

We don’t just need Republicans. We have those. We have plenty of fraudulent politicians who have put “R’s” next to their names in order to surf the red wave. And that’s not good enough.

Not while the iron is hot.

For example, there should be a vote on the floor of both houses at next year’s session to create party primaries so that voters from both of the two parties can choose how their parties will be represented. This is an issue not just among conservative majorities in the GOP – it’s an issue among the black majority in the Democrat Party as well, because black voters in Louisiana have gotten screwed again and again by the white minority in that party.

There should be a vote on the floor in both houses about banning transgender surgeries for minors – or at least creating a cause of action for medical malpractice if it’s done. Preferably both.

Louisiana’s voters are showing a preference for as conservative a governance as we can get. Our political class has not demonstrated a commitment to delivering same. It’s time that commitment was shown. It’s time for a firm demand – a stern insistence – that commitment be shown.

Bring the bills and have the votes, and let’s give the public a true accounting of how red those Republicans really are. We already know how red the electorate is.