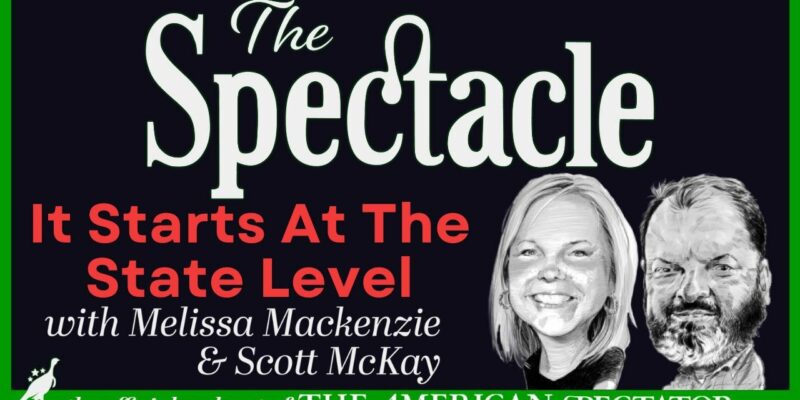 In this episode of The Spectacle, Melissa Mackenzie returns from the inauguration of Texas’ governor Greg Abbott and other officials impressed by the state’s Republican officials and their determination to engage the fight on cultural and political topics as well as economic. Melissa says it looks like the GOP officeholders in the Lone Star State recognize a mandate to push the state further to the right.

That starts a discussion about red states like Florida, Tennessee, South Carolina and maybe even soon, Louisiana, also going on offense to save America under leaders like Ron DeSantis and Bill Lee. Scott McKay notes that much of the left-wing ideological infrastructure was built thanks to the inattention of Republican politicians, and talks about the necessity and mechanics of reversing decline and winning the war for institutions at the state level.