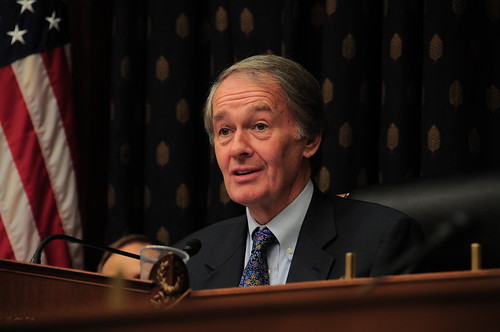 This morning, Rep. Bill Cassidy offered an amendment in the House Natural Resources Committee that would have overturned the Obamoratorium, stating that the May 30 and July 12 deepwater drilling bans “shall have no force or effect” and containing the following language:

“No Federal official may establish any general moratorium on or suspension of offshore oil and gas operations that is substantially similar to the moratorium, the decision memorandum, or any suspension referred to in subsection.”

Cassidy then addressed the committee by making the point that Louisiana’s economy is going to be devastated by the moratorium (it’s already happening), and that “To support this moratorium you have to ignore the evidence, the testimony of experts, and the ruinous consequences this irrational political decision will have on tens of thousands of Louisiana families.”

He then went further:

Of course, following his question why the proponents of the Obamoratorium would reject the advice of the actual experts in favor of Ken Salazar and Michael Bromwich, who between them couldn’t tell you the difference between an oil well and a wishing well, there was no answer.

Cassidy actually managed to get support for the amendment from Natural Resources committee chair Nick Rahall (D-WV). Another Democrat, Jim Costa of California, also came aboard. But the amendment lost by a 22-26 vote, including five votes by supposedly “non-voting” delegates from places like American Samoa, the Northern Marianas, the Virgin Islands and Guam.

And Ed Markey, whose boss George Soros stands to make hundreds of millions of dollars off the moratorium thanks to his near billion-dollar investment in Petrobras.

The 26 House members who voted to kill the economy of coastal Louisiana are: