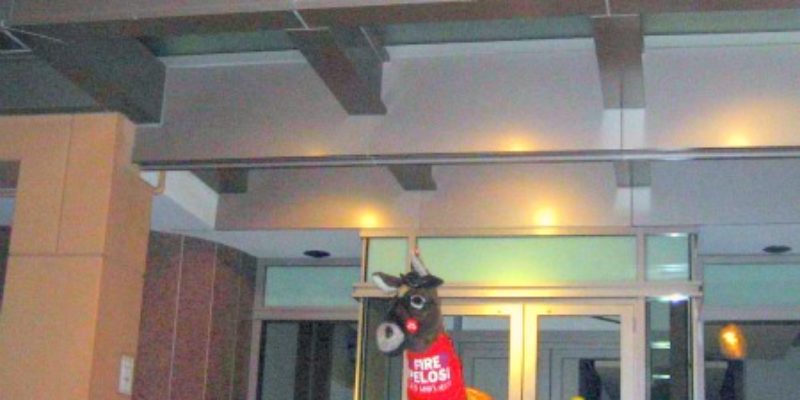 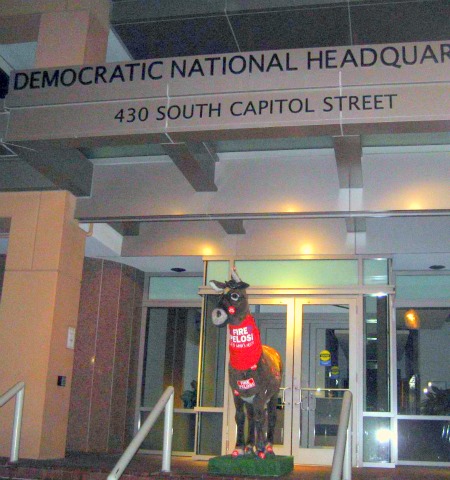 Last night was an historic night. It wasn’t quite the monster wave we expected it to be; the GOP’s House gains number 61 at present, with 10 races still too close to call, and a six- or seven-seat gain in the Senate indicated a strong comeback for a party which all but ruined itself in 2006 and 2008.

And on balance, it’s clear that President Obama and his agenda was repudiated in most of the country. At the end of the day, that’s what we -and he – needed to see.

Having watched the president’s press conference today, however, it doesn’t appear that Obama even remotely grasps or accepts the results of the election. He repeatedly said he thinks yesterday happened because the economy isn’t rebounding fast enough, and mentioned things like electric cars as heading up his agenda for next year.

In light of that, let’s examine some results – positive and negative – from last night’s election.

1. Polarization. We’re largely back to where we were before 2006 and 2008, when the nation became disgusted with “big-government conservatism” and Republican strength frayed at the edges. The electoral map following yesterday’s outcome in the House races (left)looks similar to the 2004 presidential result map (right)…

Fundamentally, this is still a center-right country. But it has enclaves of left-wing dominion. And the battle lines are hardening.

The Democrats are in control of the coasts, and large areas of the Mexican border. They’re also entrenched in the inner cities. But in the rest of the country the Republicans are in control. Lifestyle largely governs majorities – in places where a more bohemian or multicultural existence predominates, Republicans can’t get anywhere. But the majority of the country still embraces old-fashioned Americana, and last night the election results returned to reflect that.

This could well explain the persistent slur against conservatives and Tea Partiers as “racists,” “Islamophobes,” ‘homophobes” and so on. Urban elite types think of suburbanites and rural folks as hayseeds and rubes – so a political party based on the urban elite demographic would naturally reflect that.

Of course, such attitudes only serve to widen the chasm between the two sides.

And the annihilation of the Blue Dog Democrats last night certainly widens it as well. Gene Taylor, Travis Childers, Walt Minnick and Bobby Bright were only some of the “conservative” Dems who went down to defeat against Republicans; there is now only a tiny sliver of the Democrat caucus in the House which isn’t reflective of doctrinaire liberalism.

So while Nancy Pelosi might be gone as the Speaker, the ideology she represents is even more prominent as the voice of the Democrat Party. And while it’s clear there was a great deal of progress in moving much of the country away from left-wing representation, it’s also clear there are areas of it which won’t be moved anytime soon.

2. Mirages. Which areas? Well, California is a good example. Meg Whitman was as moderate and “reasonable” a Republican candidate as the party could find, she spent $140 million of her own money and she found herself crushed by a retread, failed former left-wing governor whose victory speech last night was one of the most discombobulated and groan-inducing in memory. Carly Fiorina, who ran as an actual conservative and whose campaign was nearly flawless, was still buried, 52-43, by one of worst examples of elite arrogance there is.

Whitman and Fiorina have proven that California is a wasteland for Republicans. The money spent by those two candidates should never be spent again by the Republican Party; that state obviously hasn’t hit bottom and must be allowed to. It will be painful to see what used to be the nation’s most dynamic economy devolve into ruin, but this has happened before – the Midwest used to be the world’s industrial hotbed and it collapsed under the weight of union deals and corrupt government, and yet America’s economy survived.

Massachusetts was another mirage for the GOP. After Scott Brown’s victory in the Senate earlier this year, there was much optimism that a Republican comeback which would bring the party back into parity of sorts with the Democrats. It didn’t happen. Third-party candidate Tim Cahill destroyed GOP nominee Charlie Baker’s chances of unseating horrid Democrat governor Deval Patrick, and in four House districts Republicans hoped to knock off incumbent Democrats none came remotely close to winning – or even polling better than 43 percent yesterday.

The Nevada and Colorado Senate races were terrible disappointments, as Sharron Angle and Ken Buck reflected the constitutional conservatism which has reanimated the Republican Party and should pave the way for its continued resurgence in the next several election cycles. That both fell short – Angle was beaten by a 50-45 margin, while it appears Buck will come within 20,000 votes of victory – adds a dash of the bitters to yesterday’s results. The money spent to beat Angle and Buck was staggering.

What appears to be a narrow defeat in Washington – in which the dimmest and least-impressive Senator Patty Murray is getting a fourth term – also indicates an inability of the GOP to penetrate Democrat strongholds where unimpressive and obnoxious politicians nonetheless hang on to power despite the best efforts of Republicans to unseat them.

3. The Future. While the Senate results may have been disappointing and a 60-70 seat House gain wasn’t the total victory which appeared possible early in the week, the groundswell in the state houses may change American politics for quite some time. To wit, as Erick Erickson notes…

There will be 18 states subject to reapportionment. The Republicans will control a majority of those — at least ten and maybe a dozen or more. More significantly, a minimum of seventeen state legislative houses have flipped to the Republican Party.

The North Carolina Legislature is Republican for the first time since 1870. Yes, that is Eighteen Seventy.

The Alabama Legislature is Republican for the first time since 1876.

For those saying this is nothing because it is the South, consider these:

The entire Wisconsin and New Hampshire legislatures have flipped to the GOP by wide margins.

The State Houses in Indiana, Pennsylvania, Michigan, Ohio, Iowa, Montana, and Colorado flipped to the GOP.

The Maine and Minnesota Senates flipped to the GOP.

The Texas and Tennessee Houses went from virtually tied to massive Republican gains. The gains in Texas were so big that the Republicans no longer need the Democrats to get state constitutional amendments out of the state legislature.

Of course, it’s fully expected that Louisiana’s legislature will flip from Democrat to Republican – at least on the House side – after next year’s elections.

And while the state legislatures are turning Republican in rapid-fire fashion, consider the gubernatorial elections last night. Republicans have gained six seats, with the possibility of adding two more in Oregon and Illinois. That includes gains in Tennessee, Iowa, Kansas, Maine, Michigan, New Mexico, Ohio, Oklahoma, Pennsylvania, Wisconsin and Wyoming. Democrats gained governorships in Vermont, Hawaii and Connecticut as well as California – but in none of those states (other than California) was reapportionment an issue for the future in terms of the GOP being in a position to affect redistricting. The states the Republicans will now control pack much more substance on that issue.

But redistricting is only part of the equation. The takeover of the state houses means the GOP bench will become much longer and a generation of politicians capable of higher office will grow. And the Republicans will have a chance to implement policy at the state level which can prove itself successful.

Like school choice, for example. Eliminating state income taxes. Doing battle with public employee unions before their underfunded pensions destroy the economy. Experimenting with privatization of infrastructure where possible. Deregulation of business where government interference represents unnecessary restraints on trade. And lots of others.

At the end of the day, it’s the state level where last night’s victory will ultimately be most felt. And as the effects of that change bubble to the surface in Washington, when conservative wins manifest themselves in 2012 and 2014 the experts will point to last night and mark it as the night American politics shifted in a material way.