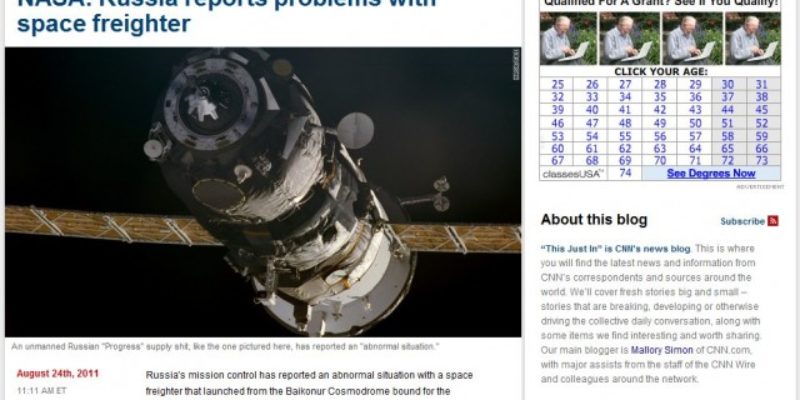 We just ran across a story on the Russian spaceship that failed to reach orbit today (which is a euphemistic way to say it blew up shortly after launch and rained flaming debris all over Siberia) and as such won’t be able to resupply the International Space Station. It’s from CNN’s website.

We were going to do something on this, but then we took a close look at the caption on the picture – and thought this was a bit more interesting… 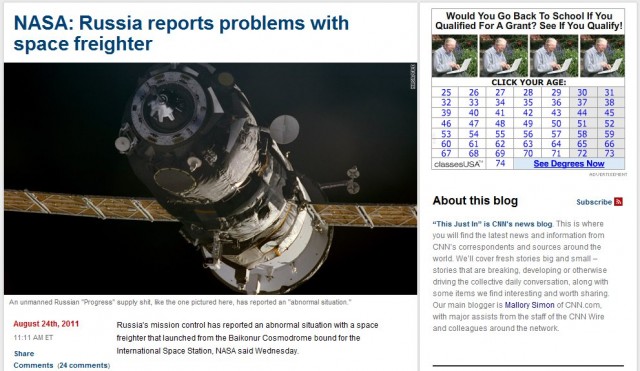 By the time you click over, they’ll probably have fixed it.

They shouldn’t. They had it right the first time.

The failure of the mission doesn’t put the ISS in jeopardy; they supposedly have a year’s worth of supplies laid on and there’s another supply shit, er, ship scheduled to travel up there in October.

And in November, the private company SpaceX has a supply mission planned to reach the space station.