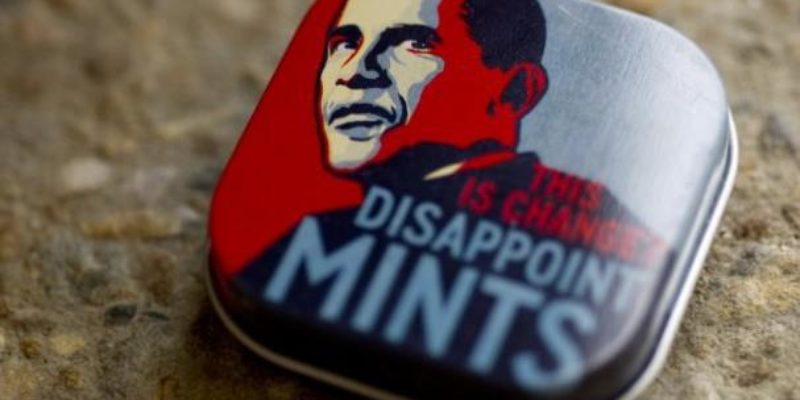 Standard & Poor’s announced Friday night that it has downgraded the United States credit rating for the first time, dealing a huge symbolic blow to the world’s economic superpower in what was a sharply worded critique of the American political system.

Lowering the nation’s rating one-notch below AAA, the credit rating company said “political brinkmanship” in the debate over the debt had made the U.S. government’s ability to manage its finances “less stable, less effective and less predictable.” It said the bi-partisan agreement reached this week to find $2.1 trillion in budget savings “fell short” of what was necessary to tame the nation’s debt over time and predicted that leaders would have no luck achieving more savings later on.

The decision came after a day of furious back-and-forth between the Obama administration and S&P. Government officials fought back hard, arguing that S&P made a flawed analysis of the potential for political agreement and had mathematical errors in its initial analysis, which was submitted to the Treasury earlier in the day. The analysis overstated the U.S. deficit over 10 years by $2 trillion.

“A judgment flawed by a $2 trillion error speaks for itself,” a Treasury spokesperson said Friday.

The downgrade will push the global financial markets into unchartered territory after a volatile week fueled by concerns over the European debt crisis and the slowdown in the U.S. economy.

Analysts say that, over time, the downgrade is likely to push up borrowing costs for the U.S. government, costing taxpayers tens of billions of dollars a year. It could also drive up costs for borrowing for consumers and companies seeking mortgages, credit cards and business loans.

A downgrade could also have a cascading series of effects on states and localities, including nearly all of those in the Washington metro area. These governments could lose their AAA credit ratings as well, potentially raising the cost of borrowing for schools, roads and parks.

Whether this trashes the economy or not is questionable. A downgrade is not a surprise; it’s been talked about for a while and to a large extent this has been baked into the cake for weeks if not months.

And arguing with S&P about whether we should be downgraded when the administration knows damn well what a fiscal basket case they are, well, that’s just a disgrace.

S&P and the other bond rating agencies warned the government a long time ago that the magic number was $4 trillion in budget cuts. It took an epic month-long fight, complete with brinksmanship and some of the most irresponsible and stupid rhetoric in political history, just to get half that number.

Here’s the deal – this is probably the most unmistakable evidence of a failed presidency in the modern history of the United States.

Can you blame this on Bush? Well, most of the national debt in that $14.5 trillion was on the books when Obama took over. But nobody was talking about downgrading the federal government’s credit rating when Bush was president. Nobody did it, either. It wasn’t until our debt went over 100 percent of GDP that this happened. Bush’s debt wasn’t close.

This guy has, with the addition of the debt ceiling he just got, clinched the fact that he will have doubled the national debt in one term as president.

Now, if you like you can say this is both parties’ fault. And sure, you’re probably right to an extent if you say that.

But if it’s the Republicans’ fault, it’s because they didn’t drive a hard enough bargain. And let’s face it, they’ve got one-third of the budget-making vehicles of government. They don’t have the White House and they don’t have the Senate.

I just heard Michele Bachmann say “this president has destroyed the credit rating of the United States through failed economic policies.” She’s correct.

She’s also calling for Geithner’s resignation and a detailed list of budget cuts from the Obama administration to resolve this issue. She might as well ask for a balanced budget.

The good news is that the 2012 budget is a month or so away. And the GOP now has a tremendous amount of new ammunition on its side to do a lot more on fiscal policy.

All week we’ve had these polls in the news about how unpopular Congress is. The latest number said Congress has an 82 percent negative rating. My guess is that it’s due to the fact that lefties hate John Boehner for trying to cut the budget, Republicans are pissed that Boehner cut a deal with Obama and Reid and Independents – well, it’s long been a theory of mine that Independents who actually give a damn about politics aren’t Republicans because they think Republicans spend too much as well. There are a number of Independents who aren’t Republicans primarily because they’re not social conservatives, but those guys mostly don’t think we cut enough on this deal and so are negative about Congress.

What Boehner needs to do is shitcan the debt limit deal – the debt limit has been raised, so he can do that without all the demagoguery about a default – and get a plan out there that cuts the budget deficit in half. Not in five years, not in three years. This year. And yeah, cut defense. And yeah, cut entitlements. Means-test Social Security NOW and stop paying millionaires. Cut off unemployment benefits, as heartless and cruel as that comes off. Use budgetary means to repeal Obamacare. Slash non-defense discretionary spending like it’s never been slashed before. Take a chance. You’ve never got more rhetorical juice than you’ve had.

Pass the plan out of the House the first day Congress comes back from vacation. Let the Democrats scream about terrorists and hostage takers and whatnot. They will sound like delusional retards. And Obama will talk about fatcats and corporate jets and whatever they want. But demand that the Senate and the President present their plan for getting the AAA bond rating back. Those bastards have done nothing but run their mouths and not put pen to paper on anything that ought to be cut. Well, that’s over. We just got downgraded, which is everything the Tea Party has been screaming about for months.

This is why the public voted Republican last fall. They haven’t changed their minds since then; they’ve hardened. They’re shooting establishment Republicans for turning from the fight, just like the Soviet officers shot retreating troops at the battle of Stalingrad. Because the country’s at stake.

It’s time for rage. These idiots in charge of the country have done something to us which has never been done before. We have now failed, on paper.

We’re AA+. The United States of America isn’t the gold credit standard anymore. And the Democrats resisted efforts to stop it from happening.

I could give you a list of initiatives the American people could undertake to protest this.

We could do a petition demanding that Obama’s entire economic team resign. We could do sit-ins at the Treasury Department.

We could stage a boycott of the entire state of Nevada until Harry Reid resigns as Senate majority leader, though if Reid goes it gives you Chuck Schumer or Dick Durbin, and neither one of those two bloody fools would be an improvement.

We could demand Boehner give up his speakership, though without somebody better than Obama or Reid for his to deal with it’s worth asking whether shooting Boehner isn’t misguided counterproductive or unnecessary.

We could practice civil disobedience. Stop paying taxes until the budget is balanced? I dunno. Sit-ins at government offices? Protest welfare recipients? Lynchings of folks who bilk Medicare? Hell, you can come up with all kinds of ideas, and a good many of them have merit. No, lynching people doesn’t have merit – though anybody who gets caught bilking Medicare needs to be deported to Somalia or Afghanistan at this point.

But none of that will fix the problem. The only thing that will fix the problem is a big Republican majority in both houses on Capitol Hill and a hard-core fiscal conservative to replace Obama as president. Not that the Republicans are particularly any good where fiscal policy is concerned. But we now know that you simply can’t fix our fiscal problems without getting Democrats out of power. They’ve proven they can’t cut spending in any real terms.

It’s now unmistakable. Obama and his Democrats in the Senate have to go. They’ve failed. It’s written in stone now. We either punish this failure or we live with it for the rest of our lives as we become a nation in permanent decline.

It’s just that simple. The Republicans have to get control and they have to be true to the American people this time. There is no other way.