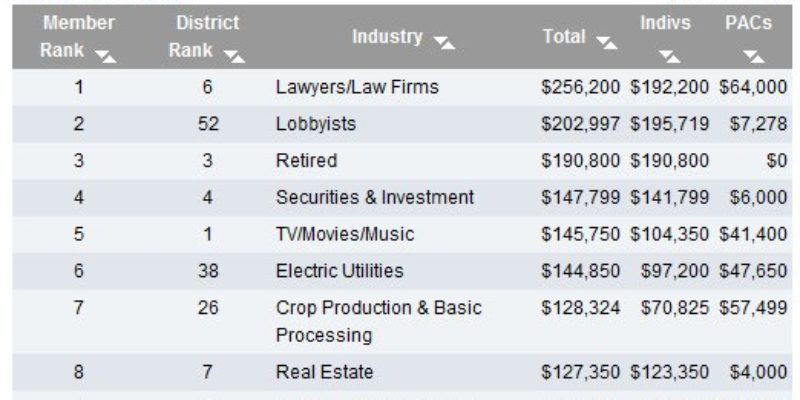 Have y’all heard about this?

Kinde Durkee is an accountant out in California whose company manages finances for political campaigns.

She does an awesome job. For Kinde Durkee. Not so much for her clients.

Sen. Dianne Feinstein (D-Calif.) said she was “wiped out” by Kinde Durkee, a well-connected California Democratic political operative who served as treasurer for hundreds of state, local and federal campaign committees.

Durkee was arrested by the FBI on Sept. 2 on allegations of fraud surrounding the diversion of more than $670,000 from the reelection committee for a California state assemblyman, and a growing list of California Democrats, including Feinstein and Reps. Susan Davis and Loretta Sanchez, now appear to victims as well.

“I was wiped out too, we don’t know how much,” said Feinstein, indicating the losses in campaign funds could run into hundreds of thousands, or even millions, of dollars. Feinstein, who is up for reelection next year, reported just over $5 million in the bank as of June 30, according to disclosure reports filed with the Federal Election Commission.

Kinde’s problem is that she didn’t hop that flight to Bora Bora before the g-men nabbed her. If she’d done that she’d be the D.B. Cooper of American politics.

Instead, she’s more like the Mumia Abu-Jamal of American politics.

We should treat her as a political prisoner and demand she skate.

Seems like the Left manages to throw in with violent scumbags all the time just to piss off the rest of us. Or they’ll bend over backwards to defend slimeball crooked politicians like Edwin Edwards or Barney Frank out of pure ideology.

Durkee, though, walked off with campaign money accumulated by hard-left California Democrats who make an ideological practice of rifling through bank accounts of folks who actually do some economic good for a living and shoveling the proceeds out the door to people who won’t get off their asses to change the channel when the Jerry Springer reruns are over.

Dianne Feinstein has been stealing money from folks for a couple decades now. Thanks to Durkee, now she knows how the rest of us feel.

Not that Feinstein’s campaign cash is particularly well-gotten. If we’re going to do like the lefties do, which is to put a moral judgment on every dime you earn with an eye toward whether you ought to be allowed to hold on to it, we can say she’s been whoring herself out to trial lawyers and lobbyists and Wall Street crooks and so she shouldn’t have any of that campaign money. From OpenSecrets.org, here’s where her campaign cash has come from this cycle… 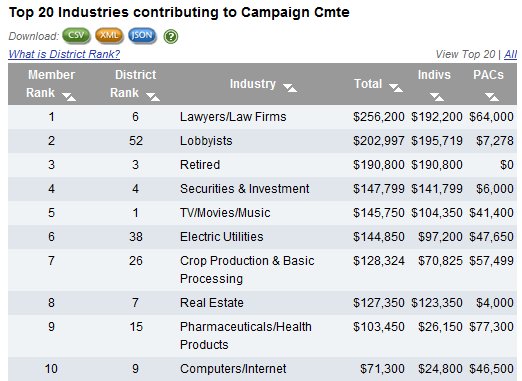 So Durkee apparently decided that Feinstein shouldn’t be entitled to keep that dirty money and imposed a special tax rate on it. After all, just like Feinstein she decided that she was better equipped to do some good with that cash than the person who’d gone out and raked it in.

Good for her. She’s doing what Democrats do as a matter of course. She’s just doing it to Democrats rather than the rest of us.

We ought to stake her bail and then hook her up with wings to Bora Bora. Or Swaziland or France or some other place they can’t get to her.

Interested in more national news? We've got you covered! See More National News
Previous Article The First Broad: All This For A Flag?
Next Article Obama’s Gone From Messiah To Laughingstock In Less Than Four Years