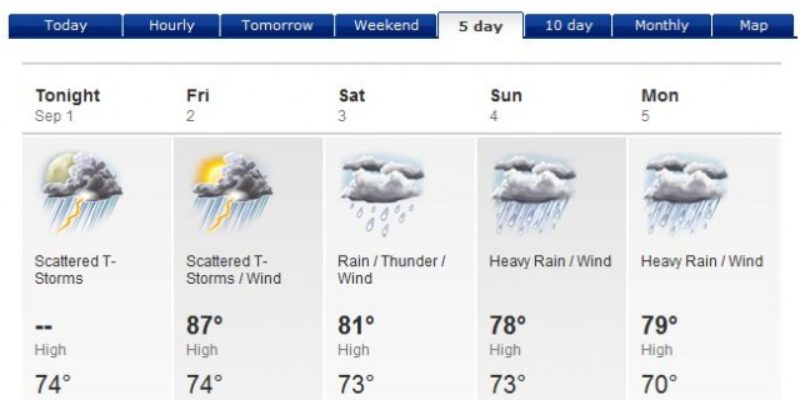 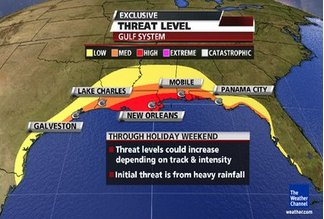 It doesn’t even have a name yet, but the soon-to-be tropical storm swirling around in the Gulf looks like a fairly significant weather event for the state of Louisiana.

Gov. Bobby Jindal declared a state of emergency this afternoon in advance of the development of Invest 93 into a named storm (it’s due to be called Lee if it makes it to Tropical Storm status).

The storm itself isn’t any particular big deal, but it doesn’t have anything steering it – and the experts say that makes it a danger to just sit offshore and dump rain all over South Louisiana.

Bands of rain associated with this low-pressure system started showing up Thursday in Baton Rouge and New Orleans. This rain and higher winds will be impacting Louisiana through the weekend and maybe into next week.

Barry Keim, Louisiana state climatologist, said not only will there be rain in Baton Rouge for several days, but the winds are expected to reach 20 to 30 mph, with higher gusts. That could mean the possibility of falling trees or power lines, he said.

Winds were starting to pick up Thursday evening and are expected to get stronger Friday, he said.

How long these conditions will continue is uncertain: some forecasts show the system affecting the Louisiana area for three to four days while other show it could last up to seven days.

That could mean that some areas of Louisiana could see up to 10 to 20 inches from the rain bands put off by this system, he said.

Exactly where the system will go once it does start moving also is uncertain.

“This thing has no steering currents whatsoever, so the models don’t know what to do with it,” Keim said. 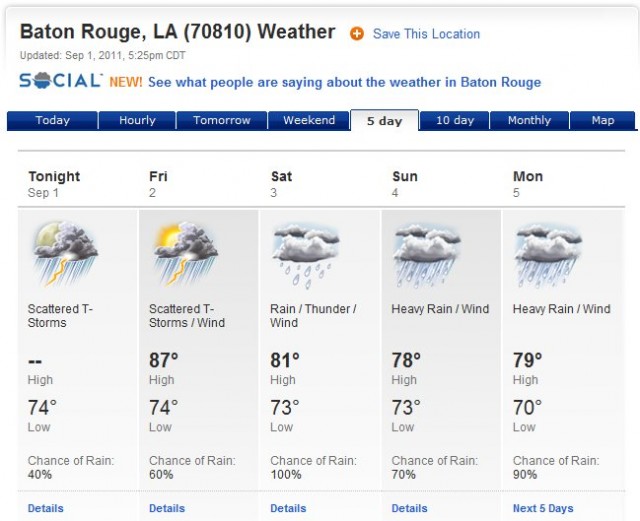