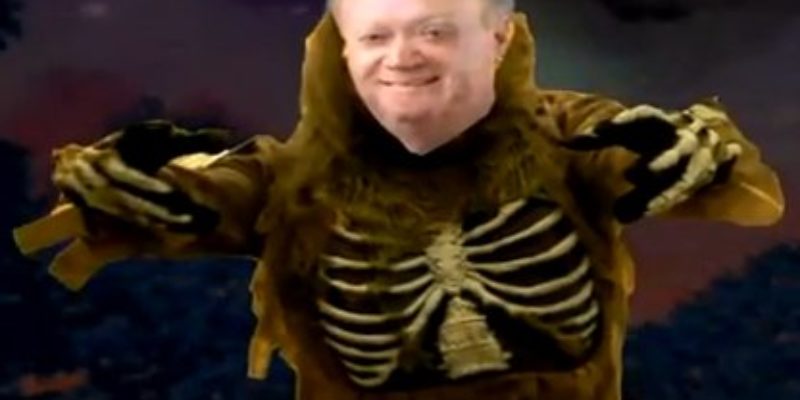 This ran all over the place this weekend; if you haven’t seen it you must have been watching Telemundo or PBS or something…

The Secretary of State’s race is fairly wide open at present; when we polled it two weeks ago we found 61 percent undecided.

Tucker has Sen. David Vitter’s endorsement, and last week he picked up the endorsement of the Tea Party of Louisiana – which had kinda-sorta-we’re-not-sure called for his resignation a couple of months ago – which led to a press release last week calling Tucker the Tea Party candidate.

There’s a problem, though, which is that not all Tea Party groups are on board with TPOL’s endorsement and once again those groups are furious about getting lumped in with TPOL, the implication of which being that TPOL speaks for them (which they REALLY don’t like). For example, we have the Southwest Louisiana Tea Party…

The Officers and Board of Directors of the Southwest Louisiana Tea Party demands that both Senator David Vitter and the Jim Tucker campaign issue an immediate retraction and press release clarifying the situation.

In the same email, the Tea Party of Louisiana (TPoL), a local Tea Party based out of Baton Rouge, LA, endorsed Mr. Tucker, but the SWLATP is in no way affiliated with the TPoL. The SWLATP is a proud member of the Louisiana Tea Party Federation.

The Southwest Louisiana Tea Party (http:www.SWLATeaParty.com) is a non-partisan grassroots organization, made up of over 3,000 supporters of every race, party, religion and socioeconomic level, who are dedicated to restoring America to a Constitutional, limited, fiscally responsible government; in Washington, D.C., Louisiana and locally.

It’s beginning to look like the smartest thing a candidate can do is to speak to the Tea Party groups around the state, try to get as much media coverage of the fact that the candidate is speaking to them, and then under no circumstances ask for their endorsement. To do so – and to get an endorsement from those Tea Party groups who do endorse – is to wade into internal Tea Party squabbling.

Meanwhile, Tucker has yet to offer a forceful defense against Schedler’s charge that the former had used his place on the State Bond Commission to get a higher price for an apartment complex he owned than the market would bear. That charge didn’t gain a great deal of media attention outside of a few mentions on talk radio last week; it’s possible Tucker’s camp decided they’d let it lie in hopes it wouldn’t stick, and they might have been right.

It will be interesting to see if Tucker’s ad gains him momentum. The Tea Party endorsements are unlikely to. And there still doesn’t appear to be an animating issue in a campaign between two fairly similar candidates despite their best efforts so far.