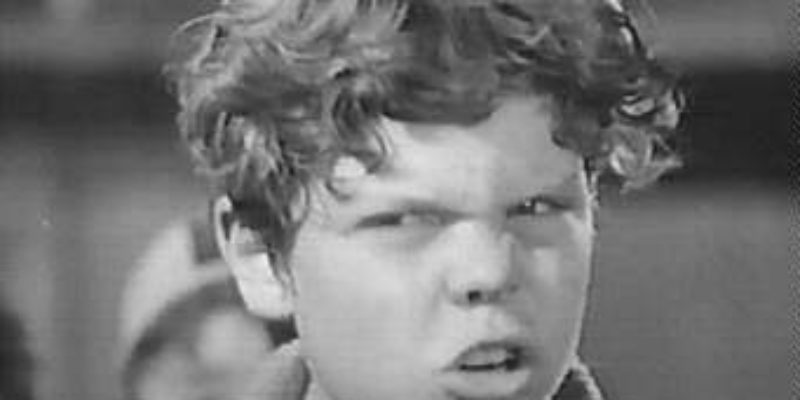 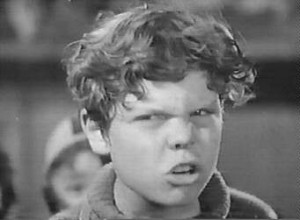 This week at Warren Easton Charter High School in New Orleans, balloons will be released, posters will be drawn and some kid will get picked on because his glasses are too thick and his ears stick out too far.

That’s the way it’s always been.

I mean the part about the kid getting bullied, not the silliness that will be on display during Students Against Violence Everywhere (SAVE) Week, which culminates on Friday with students getting to skip classes to attend a violence prevention conference with five other schools.

The propensity to shield our children from anything that might make them feel bad that percolates throughout our culture isn’t doing them any good. It’s simply contributing to creating a generation of wussies.

It’s fascinating to me the way anti-bullying campaigns have popped up in schools in recent years, but not really surprising.

Many educators who are leading the charge to snuff out bullying are products of a generation that came of age during another cultural shift –one that saw the breakdown of what we think of as the traditional American family.

You don’t really hear the term “latchkey kid” anymore, but I well remember hearing it growing up and I was one.

These were kids who were given their own house key to let themselves in and who pretty much had to fend for themselves because both parents were working to make ends meet and there was no one there when they got home from school.

Often, they were in single-parent homes with one person—usually a working mom—doing the best she could.

I don’t want to be overly psychoanalytic about this, but generations who were under-protected tend to coddle the rising generation when they become the grown-ups. The whole thing is cyclical.  It’s also likely that these educators got their milk money stolen a lot as kids and it’s payback time.

As you might suspect, the war against bullies, like everything else, has permeated all the way up to the White House.

I don’t know about you, but it’s a little disturbing to me that the federal government has actually spent time and resources on a summit and a website to combat bullying. Also disturbing is Obama’s notion that bullying is not “an unavoidable part of growing up.” Yes it is and will continue to be so no matter how many balloons we let fly. It’s more than a part of growing up; it’s a part of life.

You are going to have to deal with difficult people throughout life and many of them will try to intimidate you and push you around. Obama should know something about this, because bullying is one of our Chief Magistrate’s favorite tactics.

Michelle Malkin chronicles the way Obama kicks sand in the face of those he doesn’t like for political ends in this clip from the Hannity show.

In the column that Malkin refers to, which ran in September, she sites examples of Obama’s bullying including pressure put on Ford Motors to pull an ad critical of auto companies that took government bailouts.

Other bully tactics used by Obama include threats against insurance companies that opposed Obamacare and cheering Democratic Rep. Henry Waxman’s attempt to haul companies such as Deere, Caterpillar, Verizon and AT&T in front of Congress for speaking out about the detrimental effects of Obamacare on business.

Let’s not forget the Gibson Guitar raid and threats against whistleblowers in the Fast and Furious gun-walking fiasco. Also, the ongoing smack-downs of anyone who doesn’t toe the Democratic Party line. Many of these shots have been lobbed from the—um—“bully pulpit”.

In Louisiana, laws have been passed and debates have ensued in the hallowed halls of the Capitol to fix the bully problem in schools.

Most recently, Rep. Austin Badon’s (D-New Orleans) anti-bullying “Safe Schools Bill” was shot down in the state House during the Legislature’s last regular session, amidst backlash from Christian conservatives who objected to language in the original version of the bill that cited “sexual orientation, gender and gender identity” as special categories that comprise victims of bullying. Christian groups like the Louisiana Family Forum and Louisiana Baptists felt that the legislation was a sneaky way of introducing alternative lifestyles into schools and the bill died in a 53-43 vote.

It isn’t clear why we needed a new anti-bullying bill anyway, since Mike Foster signed one into law in 2001. That law required local school boards to adopt policies prohibiting harassment, intimidation and bullying by students and protects students and employees who report bullying.

Last year, Gov. Jindal signed House Bill 1259 into law, which criminalized “cyberbullying,” defined as the “transmission of any electronic textual, visual, written, or oral communication with the intent to coerce abuse, torment, intimidate, frighten, harass, embarrass, or cause emotional distress to a person under the age of 17.″

While these laws might be well intentioned, it would serve our kids better to teach them to stand up for themselves instead of passing laws and letting them miss class in the hope that we will be able to shelter them from difficult people and situations.

There have been tragic headlines over the last year in newspapers where kids in this state purportedly took their lives because they were bullied at school. There is no need to bring those stories up here and risk throwing salt into the wounds of people who have lost loved ones. All that needs to be said is that no laws or school programs or White House initiatives stopped the bullying.

Kids deal with a lot of things, including bullies. We need to be teaching them to be strong and how to face adversity instead of trying to protect them from all adversity.

We also need to let them know that sometimes there is only one way to deal with a bully, as demonstrated by Chubsy Ubsy of the Little Rascals.