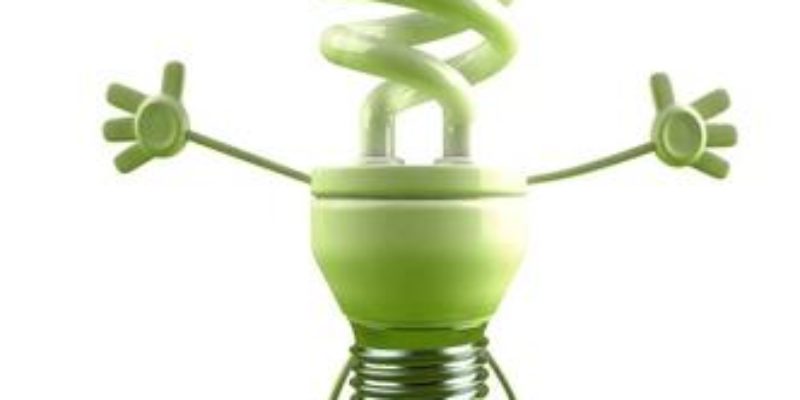 As a post yesterday outlined, state leaders are once again selling the promise economic prosperity through green-jobs –this time with the announcement of Sundrop Fuel’s proposed $450 million biofuel plant in the Alexandria area.

I have nothing against green energy and lessening our dependency of foreign oil, it’s just that as a journalist I have covered many stories where promises are big with actually job creation and economic benefits small. It’s taught me to be very skeptical of the fanfare that accompanies the green industry.

I think many people are starting to realize how much hype is involved with the death of Monroe’s proposed Next Autoworks, formerly V-Vehicle, plant.

Gov. Jindal’s short drive in a prototype of the gas-saving V-car that was supposed to be made in Monroe is analogous to the brevity of the viability that most green industry has without government handouts.

Next Autoworks was supposed to bring Louisiana $1,400 manufacturing jobs with an average annual salary of $40,000 and an additional 1,800 indirect jobs created.

On the heels of the Solyndra scandal –in which a politically connected solar power company was granted more than a half billion dollars in federal loan money before going bankrupt –Next Autoworks withdrew an application to the Department of Energy for a $320 million loan for the auto plant.

Louisiana had put up an incentive package totaling more than $140 million, along with $15 million in Ouachita Parish property tax collections to get the business to come to the state to start with.

Sundrop Fuels is now promising 150 direct jobs, with an average salary of $58,000, and the creation of about 1,150 indirect jobs to make “green gasoline” from wood-waste that’s turned into fuel by in a refining process using hydrogen extracted from natural gas. Sundrop’s strategic partner, Chesapeake Energy Corp., owns a major position in the natural gas reserves in the Haynesville Shale.

To bring Sundrop, a Colorado-based company, to Louisiana, Louisiana Economic Development offered $14 million in grants over a 10 year period, as well as $4.5 million in relocation cost and to help find key employees the plant will need.

Sundrop is also getting assistance from Louisiana FastStart and will utilize Louisiana’s Quality Jobs, Industrial Tax Exemption and Research and Development Tax Credit programs. The company is also applying for a private bond allocation of $330 million or greater.

I don’t want to rain on anyone’s parade, but what happens when the company underperforms despite all the government help, like every other green industry I can think of?  How viable are these industries, really?

To get the answer to a few of these questions, I attended a LSU AgCenter biofuel conference this morning at the Scott Research Extension Center in Winnsboro. 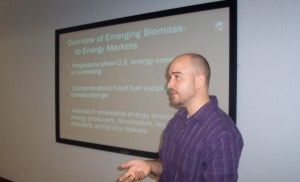 The speaker was Dr. Michael Blazier, Forestry Research Project Leader for the AgCenter, who touched on the market viability of converting wood waste into energy. He said that the industry has not yet been viable without government subsidy. “I’m not going to sugar-coat it,” Blazier said.

After he spoke, I got Blazier to expand on the point a little. In this clip, he also spoke of the disadvantage that non-green industries must contend with by competing with green industry, who receive government handouts, for the same raw materials for production.

While green industries rarely live up to economic expectations, lawmakers are always ready to provide them with tax money so they can operate, usually to make themselves look better to tree-hugger voters.

While there might come a time when these industries are self-sustaining, and I hope that comes to pass someday, it’s kind of foolish for us to invest much hope in green industry to boost our economy. The hope and tax money we are asked to invest seems really dumb when you consider our actions often puts businesses that can stand alone at a disadvantage.