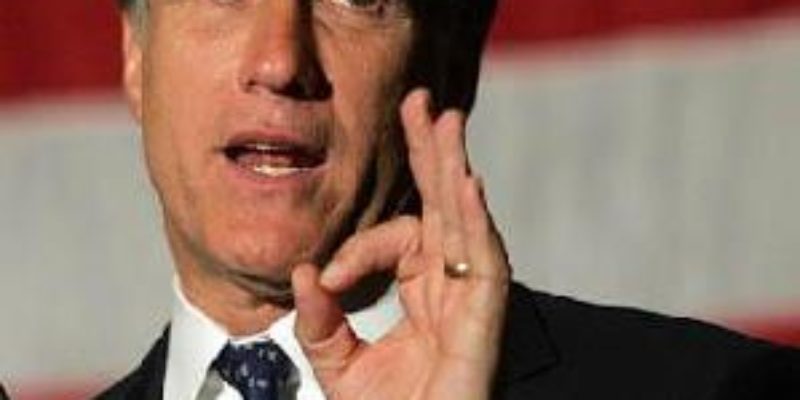 Okay, so it’s not just me. That makes me feel a little better, I guess.

A story that I ran across this morning reveals that the GOP primaries haven’t been this fluid since Gallup started measuring them in 1964.

I’ve counted more, with Mitt Romney, Michele Bachmann, Herman Cain, Rick Perry, Newt Gingrich and Ron Paul all showing up a the top in either Iowa or national polling, if not both.

And now some talking heads are saying that Rick Santorum might take the Iowa Caucuses—give me a break.

I’ve been watching all of this over the last few weeks and thinking to myself that I either have no historical perspective about how all this usually goes or this whole thing is just weird.

I understand that front-runner status is bound to switch hands in primaries, but to see how rapidly contenders have catapulted to the top and now find themselves near or at the bottom of polls is disquieting and has seemed odd to me.

I almost expect a story to break showing that Jon Huntmans, who skipped Iowa, is being bused in from New Hampshire in the final hours because a new polls show that he in neck-and-neck with Romney.

And Romney, the one constant top-tier through all of this, is the reason that we have been on such a roller-coaster ride. 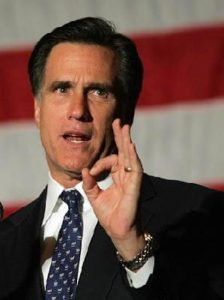 From the start, Republicans have been told by pundits that the former governor of Massachusetts is the best chance that the party has to send President Obama packing this November.

These pundits might be a lot smarter than I am, but they have never been able to completely sell me on this.

Apparently, I’m not the only one that feels this way.

Call me naive, but it seems to me that we are going to need a real conservative to displace Obama.

Romney has his good points, but let’s face it—he’s a northeastern RINO. I, and many more conservatives, were hoping for better to go up against Obama.

Sure, the Republican candidate will win in places like Louisiana, but the conservative-base is going to need to come out in battleground states like Florida, where Democrats will be scaring the bejesus out of old folks with ads showing Romney sneaking into hospitals to pull the plug on maw maw so he can give her Social Security check to his Wall Street friends.

Obama is a great campaigner with a billion dollar war chest and the national media will be on his side.  Don’t get too comfortable, no matter who the Republican candidate ends up being.

But there is another big problem with Romney that no one is really taking about. For conservatives, the presidential election is about more than just getting Obama out of office, no matter what you might have heard.

The political landscape has changed since the rise of the tea party movement that heralded Republican victories in the 2008 congressional midterm elections and Republican voters don’t want to wake up in 2013 to learn they have put another compassionate conservative in the White House.

They don’t want to be betrayed by a president who will propose prescription drug entitlements and no-child left behind type programs, a-la George W. Bush, after the economy gets better. The Republican base doesn’t want to simply continue the slow burn to socialism, it wants to put the fire out.

After the votes are counted in the Iowa caucuses, the field will narrow but we still still be left with the same basic choice–who is the best person suited to beat Obama who is least likely to stab us in the back.

You have probably seen something like this video of Romney from the Democratic National Committee, but it makes the point as well as anything.

Democrats, supposedly, have put out videos like this on Romney because they fear him more than other Republicans whom have a shot at winning the nomination. I share the sentiment, but for different reasons. Anything can happen, however, between now and the time that Republicans choose their standard barer for the presidential election. This is to no-way indicate that Romney is a shoe-in.

The more time that passes, I am starting to believe that Romney will ultimately end up the guy and I believe dethroning Obama will be harder than we think. Expect more stuff like this from Democrats if Romney snags the nomination.

If he does wind up the nominee and manages to beat Obama, Romney will be governing against the backlash of a belligerent media who will be pushing him evermore to the left. And a move to the left for Romney would put him in very familiar territory.

Yeah, I’m getting way ahead of the game, but consider this a reminder that winning the White House and maybe the Senate doesn’t mean that the roller-coaster ride would be over. We might just be switching cars.

Here’s hoping for the best in Iowa and beyond.

Interested in more national news? We've got you covered! See More National News
Previous Article Why We Still Like Rick Perry And We’re Still Hoping For An Iowa Shocker
Next Article The Not-Quite ‘I Have A Dream’ Post