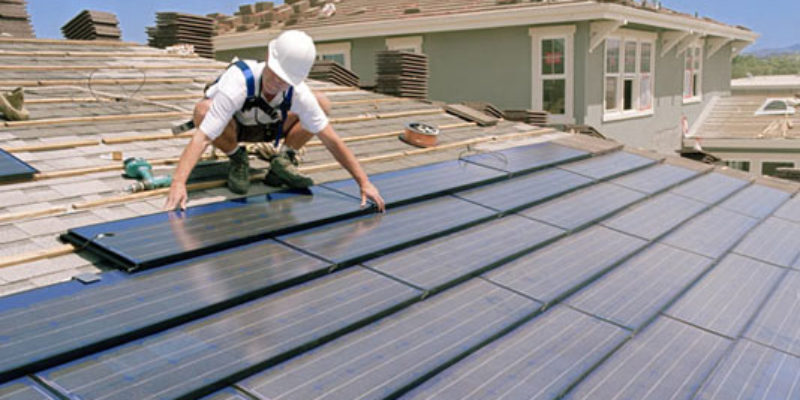 The first meeting of the Louisiana Public Service Commission with Foster Campbell as chair took place at Louisiana College in Pineville Wednesday with what was surely to be the most controversial agenda item–a push to decrease profits of privately owned utility companies–being tabled until next month’s meeting.

Campbell feels that investor-owned utility companies make too much with a 10.5 percent return on equity and wants it brought down to around 8.5 percent. Utility companies, of course, disagree and believe that their guaranteed profit margin helps them invest in providing service and is a good thing.

When I asked Campbell why he is putting off having the PSC vote on looking into changing the established rate of return, he simply said that the item wasn’t ready to be voted on yet. He really didn’t give me any reason why it’s not ready.

Representatives from utility companies at the meeting are being tight-lipped about the whole thing and I guess we will have to wait until the next meeting to see what develops.

There was another item of contention at the meeting, however, that companies did speak out about—how the government incentives to get people to use so-called green energy is harming utility customers who can’t afford to have solar panels put on the roof of their homes. 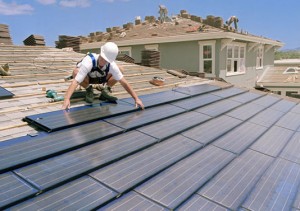 The discussion was about the subsidization of net-metering cost by non-net metering electric utility customers.

To put it in layman’s terms, it was about how poorer people are being screwed by richer people using solar energy.

Net metering is a system in which utility companies are forced to buy extra power produced by homes and businesses you see with the big shinny solar panels on their roofs. The problem is that buying back the power generally costs more than the electricity is worth.

According to some reports, it could cost a utility company $10-$20 to read a second meter—the one showing power sent back to utility companies —and process a monthly check for people with solar panels.

That might not seem like a lot of money, but it adds up when you consider that the power sent back to utility companies might be only worth a few cents.

It even gets worse when you tack on the cost of grid operations infrastructure involved—which is passed on to people who don’t have solar power.

As much as 80 percent of the cost to install roof-top solar panels can be deferred by government subsidies and tax incentives in Louisiana.

Even with that, it still costs thousands of dollars for a person to equip their house with solar panels—meaning that rich people do it and the cost is passed along to poor folks who can’t afford it.

Here is Mike Heinen, CEO of Jeff Davis Electric Co-op talking to the commission about the problem:

Campbell, unimpressed, gave Heinen something of a verbal smack-down—telling him that electric cooperatives are nothing but the product of government subsidies since they were created through low-interest federal loans back during the Roosevelt New Deal years.

Besides, solar panels are a good investment and don’t pollute like those nasty coal consuming utility plants that provide power to all the costumers who have to pay for those who use clean energy.

I apologize for the annoying clicking in this video. I’m not sure what was causing it. Maybe it was my brain getting ready to explode listening to all of this:

Not all utility companies were build by FDR—not that it matters to rate-payers— and their customers are also having to pick up the tab by the government’s push for green energy.

In the next video, Entergy officials address the PSC about the same problem of poorer utility payers being forced to pony up money for richer people who can afford to power their homes with solar power.

Currently there is $250,000 that’s being transferred to other customers in the New Orleans area and that number could soon be more than a million bucks, they say.

Maybe if Entergy would have their profits reduced, rate payers would feel a little better about their bills going up to subsidize green energy, but I doubt it:

As you might have guessed, nothing was resolved concerning this issue. That’s not surprising because this is a problem with no easy solutions with the messes elected officials have gotten us into with the unintended consequences of the green economy.

I would love to have a world in which we could burn water for fuel, but this exchange at Campbell’s first PSC meeting is indicative of my problem with the government touting green solutions to save our economy and the planet.

Whether it’s the V-Vehicle debacle, the Sundrop Fuels plant being built in Alexandria or powering our homes with solar panels, I remain a skeptic.

It seems that green solutions haven’t yet been proven viable without taxpayers having to shell out money and people being harmed–those who can’t afford solar panels for their homes, in this case.

Democrats, who placate environmentalist voters by using green energy nonsense like this, are always saying that the poor are the ones hurt the most by Republican policies.

Well, Dems and Republicans who buy into all of this claptrap—this one’s on you.

Interested in more national news? We've got you covered! See More National News
Previous Article Vitter: Hey Obama, Here’s A Bill That Says You’re Not Going To Tap The SPR Until You Let Keystone XL Get Started
Next Article And Away We Go: Holloway Calls For End To Solar Subsidies