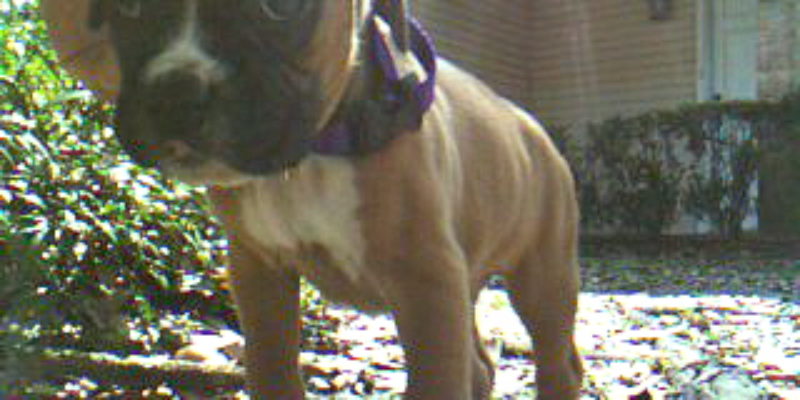 Off the subject of politics, which seems a little stale this morning, we ran across this from last weekend…

When my daughter was 18 months old, my husband and I decided to take her on a little summer holiday. We picked a coastal town that’s a few hours by train from Paris, where we were living (I’m American, he’s British), and booked a hotel room with a crib. Bean, as we call her, was our only child at this point, so forgive us for thinking: How hard could it be?

We ate breakfast at the hotel, but we had to eat lunch and dinner at the little seafood restaurants around the old port. We quickly discovered that having two restaurant meals a day with a toddler deserved to be its own circle of hell.

After a few more harrowing restaurant visits, I started noticing that the French families around us didn’t look like they were sharing our mealtime agony. Weirdly, they looked like they were on vacation. French toddlers were sitting contentedly in their high chairs, waiting for their food, or eating fish and even vegetables. There was no shrieking or whining. And there was no debris around their tables.

Soon it became clear to me that quietly and en masse, French parents were achieving outcomes that created a whole different atmosphere for family life. When American families visited our home, the parents usually spent much of the visit refereeing their kids’ spats, helping their toddlers do laps around the kitchen island, or getting down on the floor to build Lego villages. When French friends visited, by contrast, the grownups had coffee and the children played happily by themselves.

The article goes on to note that French parents put up with a lot less crap than American parents do, that French kids aren’t given the impression that they’re in charge of their households and that from an early age French families enforce strict barriers on the kids’ behavior – but within those barriers the kids get lots of freedom to amuse themselves. Americans are totally different in how we approach parenting, and as a result we have lots of miserable parents – particularly mothers – and lots of little entitled hellions as kids.

It’s interesting stuff. Particularly taken in tandem with this Canadian study which says that spanking your kids will do long-term harm…

Durant and co-author Ron Ensom, with the Children’s Hospital of Eastern Ontario in Ottawa, cite research showing that physical punishment makes children more aggressive and antisocial, and can cause cognitive impairment and developmental difficulties.

Recent studies suggest it may reduce the brain’s grey matter in areas relevant to intelligence testing.

“What people have realized is that physical punishment doesn’t only predict aggression consistently, it also predicts internalizing kinds of difficulties, like depression and substance use,” said Durant.

“There are no studies that show any long term positive outcomes from physical punishment.”

While banned in 32 countries, corporal punishment of children retains at least partial social acceptance in much of the world. Debates on the issue typically revolve around the ethics of using violence to enforce discipline.

With the study, Durant hopes parents will start to look at the issue from a medical perspective.

“What we’re hoping is that physicians will take that message and do more to counsel parents around this and to help them understand that physical punishment isn’t getting them where they want to go,” she said.

In France, spanking your kids is considered de rigeur.

Most French children are used to the odd spank from their parents, and many think there is nothing wrong with that, a new survey suggests.

An internet poll by the Paris-based Union of Families in Europe (UFE), an organisation which defends families’ rights in France, shows that 65% of children in France think la fessée – French for a smack on the bottom – is a normal part of their upbringing, with more than half thinking they deserve it.

Spanking is certainly central in a French education if the survey is anything to go by. An overwhelming majority (more than 95%) of the 2,000 grandparents, parents, and children polled said they had been spanked at some point in their lives.

Punishing a child with a fessée does not seem to be a generation thing. A nationwide poll carried out nearly 10 years ago revealed that more than 85% of French parents spanked their children – compared with 87 % in the new survey. 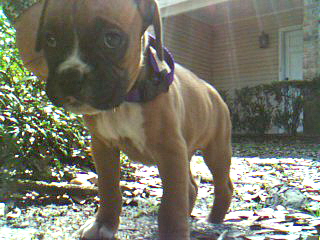 I admit I have little to offer here, since I don’t have kids. My perspective comes from raising Wally, a 70-pound boxer who came to Castle MacAoidh when he was all of six weeks old. Wally was an unmitigated hellion when he was a puppy – he had more personality than you can imagine, he’s always been the most entertaining mammal in the room and he’s never been a “bad” dog by any means. But when I got him, there was nothing he couldn’t screw up. Every movable object needed to be investigated as potential food, every unmovable object needed to be tested as to its potential for being rearranged – or peed on. And if constant attention were not supplied, well – the best way to handle that was with loud barking or whining.

And then there was the complete and total failure of Wally’s kennel-training. Every night he’d get a walk before bedtime, every night he’d go into the kennel, and every morning I’d go to let him out only to find that he’d wet his bed.

It was a disastrous first three months. I loved the little guy but I didn’t know quite what to do.

And then I read a couple of books on training dogs and everything clicked.

Dogs are pack animals. You bring a dog into your house, and that means Rover is part of your pack. And a pack needs a leader.

And if you’re not the alpha dog, guess what – Rover will quickly think he is. As the alpha dog, he gets to take all kinds of liberties with your house, your stuff and your sanity. 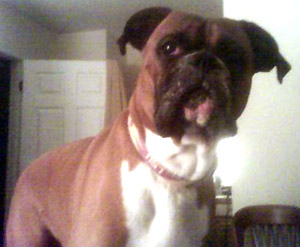 Once I figured that out, training Wally started getting a lot easier. Instead of constantly chasing after him to stop him from doing something I didn’t like, I’d lay in wait for him to screw up and then all hell would break loose. There would be yelling, there would be the spray bottle full of water blasted in his face (he hated that, but it worked like a charm) and there would be trips to the kennel. We lost a few shoes to the project and a few household items were sacrificed to his investigative jaws, but ultimately what felt like a battle of wills became a lot easier. Wally started recognizing that I’m the alpha dog around here, figuring out where his limits are and getting comfortable with what was acceptable behavior within those limits.

Wally’s seven years old now, and he’s the happiest dog I’ve ever seen. It’s been years since we had an “accident” in the house outside of when he had some sort of digestive thing once, there’s no chewing my stuff and he almost never barks unless he’s really happy or somebody knocks on the door.

And it wasn’t all yelling and punishment, either. Wally’s got more toys than I had as a kid, and he gets treats all the time. Strangely enough, we solved the bedwetting problem by giving him the run of the place and all of a sudden he didn’t want to pee anywhere. Whatever works, I guess.

I have neighbors with dogs who can’t bring themselves to even so much as jerk a leash when they commence nuisance barking. The effect is as you might expect – not great.

Whether this translates into having kids, I don’t know. But it does seem that the adults ought to be in control. Assuming the adults can control themselves, that is.