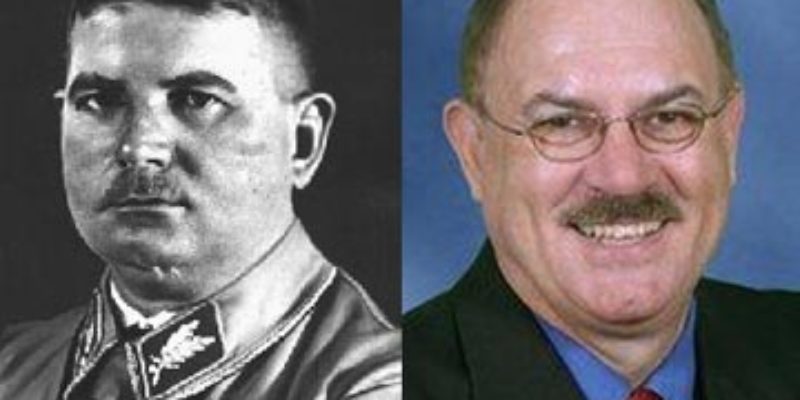 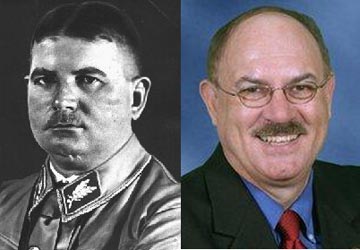 Sam Jones has got a big mouth on him.

Dunno how big his brain is, but his mouth makes him like one of those nasty-lookin’ monkfish people say are so ugly.

I’m sayin’ that because Jones made a fool of himself Tuesday on the floor of the House when he called the Governor’s people a bunch of brownshirts for statin’ their case for the education reform bill.

Jones came up after MacAoidh’s favorite drama queen John Bel Edwards started screamin’ about how somebody wanted to look at his e-mails to find out how far up his wazoo the teachers’ unions are, and basically he was tryin’ really hard to give an erudite “yeah, what he said.”

Except he woulda been a lot better off sayin’ “yeah, what he said.”

The Advocate wrote it up thusly…

State Rep. Sam Jones, D-Franklin, said recent activities which Edwards complained about reminded him of the “brown shirts” of the 1930s, referring to Nazi Party tactics in Germany. “What makes this country different is we have and cherish the constitution that gives us the right to free speech “ without fear of reprisal, Jones said.

Kyle Plotkin, Jindal’s communications director, phoned reporters after the House debate and called on Jones to apologize for likening “the Jindal administration to Nazis.” He also demanded that Edwards denounce the comments.

Plotkin’s nose got really out of joint, for a reason. Let’s just say he’s of a religious persuasion that would make him extra-special sensitive to folks calling his camp a bunch of Nazis.

And so far as I can tell, Jones didn’t apologize. Not to mention that Edwards defended him with this piece of stupid…

Edwards responded late Tuesday that it is clear from Jones’ comments that he was talking about the tactics being used to get teachers’ names and addresses.

“If they take offense, they also take ownership,” Edwards said.

Me, I thought this whole thing was pretty funny. Plotkin’s right to have the screamin’ reds about it, but I just gotta laugh at Jones.

Because if you check out that pic at the top, you’ll see Jones on the right.

And a REAL brownshirt on the left. That’s Ernst Rohm, who was the chief head skullcracker from the Sturmabteilung, which was long for SA, which was the name of the gang of Nazi thugs they called the Brownshirts.

They whacked him in 1934. We don’t gotta worry about ol’ Ernst; he’s long since pushed up all the daisies he can.

But if I’m Sam Jones – should we call him Samabteilung Jones from now on? – I pretty much gotta admit ol’ Ernst was a good-lookin’ fella. If not, I’m gonna want plastic surgery – because Samabteilung looks a whole lot like Ernst, don’t he? I mean, if you got ol’ Samabteilung a nice  rug for his head all he needs is a snappy beige uniform and a pair of jackboots and he’s a dead ringer.

Which means that if somebody wanted to go off on Jones like he went off on Jindal and gave his press guy the ultimate conniption fit, they have some easy ammo to do it with.

As in, “Hey Sammy, who you callin’ a brownshirt? You look an awful like that bunch yourself, y’know.”

What might be better is if nobody calls anybody else a Nazi around here. David Duke was the last Nazi in the state legislature, and we flushed him down the pooper years ago.

Interested in more news from Louisiana? We've got you covered! See More Louisiana News
Previous Article Does This Look Non-Partisan To You?
Next Article BREAKING: House Votes To Pass School Choice Bill, 62-43