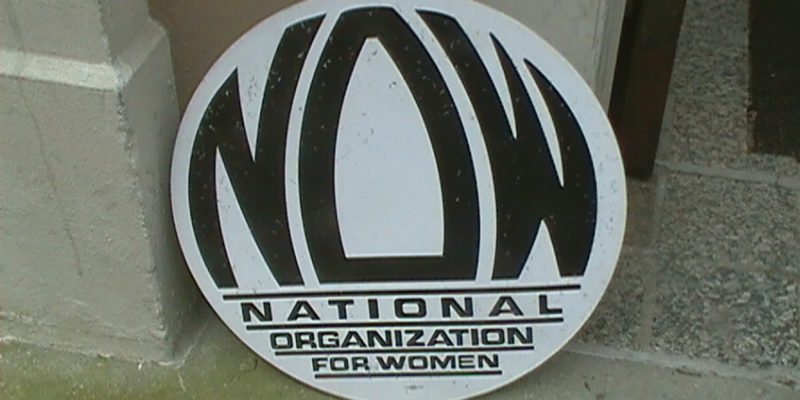 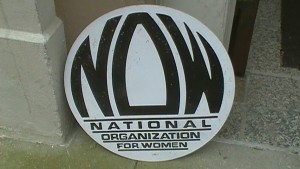 Keeping in mind that fools rush in where angels fear to tread, I attended a meeting of the National Organization of Women (NOW) on Saturday that was held in conjunction with the Independent Women’s Organization (IWO).

Maybe I should be getting hazardous duty pay for this job, as I did back in the army when I wondered into perilous territory.

The keynote speaker for the event was NOW President Terry O’Neill, who addressed a fiery feminist-filled room before taking part in a panel discussion titled “Fighting Back of the War On Women, Issues of the 2012 National Election.”

While the NOW gang might believe that the Republican Party is waging a war against the fairer sex, it’s clear who’s in their cross-hairs—-Rush Limbaugh.

The feminazis—as Limbaugh likes to call them—are smelling blood in the water in the wake of the talk show host calling Sandra Fluke a “slut” and other rancorous remarks delivered from his “golden EIB microphone”—which he has apologized for.

Fluke is the Georgetown law student working on a $100,000 degree who testified in front of Congress that taxpayers should pay for her extracurricular sexual escapades.

Some of Limbaugh’s advertisers have ended their association with him because of the Fluke fracus and a couple of radio stations have dropped his show.

As soon as O’Neill moved from the panel table to the podium, she called Limbaugh a “Godsend” for giving them an issue to distract voters with in the current political climate—one in which President Obama has major weaknesses on multiple fronts.

“Moving ahead” means pressuring more of Limbaugh’s advertisers to bail on him and to “making more stations” cancel his show.

For progressives, this controversy carries the added bonus that they might could use it to silence  their most effective radio talk show critic, whom they have not be able to counter through such efforts as the now-defunct Air America. I apologize for the annoying clicking you can hear in this next clip. It was caused by a malfunction in my recording equipment that I have previously experienced. I thought the problem with my camera was in the past, but apparently it isn’t:

O’Neill’s assertion that Limbaugh is “politicizing birth control ” is a dubious one. Limbaugh wasn’t talking about birth control—and nobody else was either—before the push-back against the Obamacare mandate forcing Catholic institutions to pay for contraceptive services that run counter to their religious teachings.

It’s a made-to-order issue first bizarrely brought up by ABC newsman and former Clinton Administration Senior Advisor on Policy and Strategy George Stephanopoulos during the Republican New Hampshire primary debate back in January. None of this has happened by accident.

In the next clip, O’Neill references David Frum’s column, which contends that Limbaugh’s crass treatment of Fluke is more egregious than comments made by leftist comedians and commentators—many which I believe are for worse than what Rush said—because they don’t have Limbaugh’s clout.

What Frum, a “conservative” CNN contributor as well as a contributing editor for Newsweek and The Daily Beast, leaves out is that Limbaugh is almost a singular voice dishing out irreverent rancor to the left that Hollywood and most of the media have given conservatives for years. The reason that pop-culture and the Main-Stream-Media have not been able to produce their own Limbaugh is because they don’t have anyone who can stand toe-to-toe with him. It’s not from lack of trying.

O’Neill says that Republican presidential candidates won’t condemn Limbaugh because they are afraid of him. They aren’t the only ones. Progressives are who really fear Limbaugh and that’s why he has to be shut down. If they weren’t using the Fluke controversy, they would be using something else. They have been waiting with baited breath for this opportunity for years:

What this is really all about—far beyond women’s “right” to force others to pay for their birth control—is silencing voices that disagree with progressives, instead of the left meeting people like Limbaugh on the battlefield of the market-place of ideas. That’s always been the progressive way, this is just the latest example:

I asked O’Neill whether NOW equally condemns vitriolic remarks by Bill Maher against conservative women like Sarah Palin. Maher has donated $1 million to Obama’s Super PAC. She said that NOW is against any such language used by men against any woman, but the money shouldn’t be returned—Obama has to re-elected, after all:

The re-election of Obama, of course, is why this birth control nonsense was drummed up in the first place. The left is trying to morph a debate about who should pay for birth control into one designed to scare women into thinking that Republicans want to ban birth control. It’s an emotional appeal to women voters they want to see help give Obama a second term and I doubt it’s going to work.

This is a very different election cycle and American women, as well as men, are hurting in an economy that has averaged over nine percent unemployment under Obama with soaring gasoline prices and national debt.

Progressives would love to be able to forever silence opposition voices like Limbaugh, but they will be unsuccessful in that as well.

Rush will survive this latest attempt to shut him down—maybe ending up a little wiser, but nevertheless as loud as ever in defense of liberty and American traditionalism.

Interested in more national news? We've got you covered! See More National News
Previous Article Now We REALLY Need To Get Out Of Afghanistan
Next Article Bait And Switch