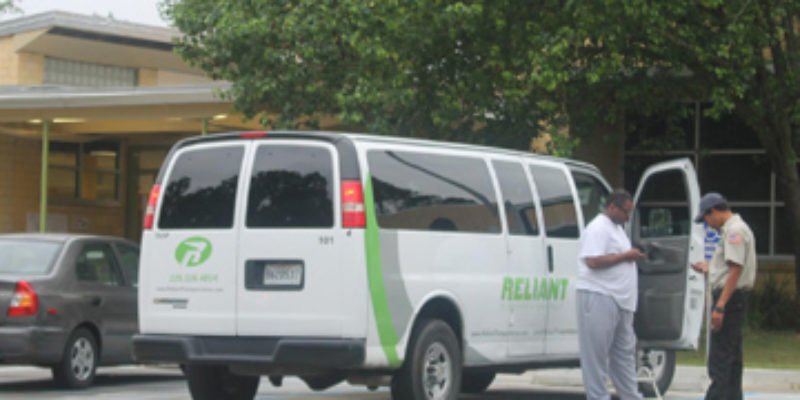 But the second step in this fight will be getting started soon, which is a court fight…

My understanding is that it violates the Louisiana State Constitution as only municipalities can lift the homestead exemption. CATS does not = a municipality. http://legis.la.gov/lss/lss.asp?doc=206550
(9) This exemption shall not extend to municipal taxes. However, the exemptions shall apply (a) in Orleans Parish, to state, general city, school, levee, and levee district taxes and (b) to any municipal taxes levied for school purposes.

That’s from Donald Hodge, a Baton Rouge attorney who ran for Commissioner of Insurance as a Democrat last year. The guess here is we’ll find out whether Hodge is right very soon.

Looks like this thing is going to pass after all. Unbelievable, and the fur is going to fly now.

UPDATE (9:15 p.m.): Sixty-five percent of the vote in, and it’s 55-45 against in Baton Rouge. Still nothing new in Zachary. That vote tightened a good bit, but it’s still hard to see the number flipping.

The CATS property tax on the ballot in Baton Rouge will not pass, projects WAFB political analyst Jim Engster.

That means the tax is automatically dead in Baker and Zachary, regardless of how those cities vote.

UPDATE (8:50 p.m.): More precincts in from Baton Rouge, and the tax is getting crushed. With 24 percent of the precincts in, it’s 67 percent against, 33 percent for. 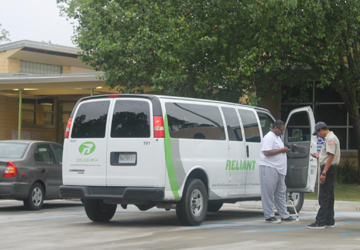 ORIGINAL: We got tipped off to this today, as voters in the city limits of Baton Rouge, Zachary and Baker decide whether to levy a monster property tax increase to support a 150 percent increase in the budget for the Capital Area Transit System.

IT’S HAPPENING: CATS-ON-DEMAND VANS HAULING PRO-TAX VOTERS TO THE POLLS THIS MORNING. Here is a Reliant Transportation van at Melrose Elementary in Baton Rouge a few minutes ago. Reliant is the major contractor with government-run Capital Area Transportation System. It receives large payments of taxpayer funds year-round to operate these vans. But today the same vans are working to haul pro-tax voters to the polls. How can we hold down the size and cost of government when our taxes are used to impose more taxes on us?

In addition, Baton Rouge Metro Council member Denise Marcelle did a robocall in favor of the tax which gave out the number for Reliant Transportation. Tax opponents say that’s illegal.

Our buddy Alex Velasquez gives us the full details, which are awfully sordid…

HERE’S WHAT HAS BEEN GOING ON THIS WEEK: On Wednesday, a robocall went out to voters asking them to support the CATS tax. If the voter pressed “one” indicating he would vote FOR the tax, the person got a call from Reliant Transportation offering to provide transportation to the polls on Saturday.

If the voter pressed “two,” indicating they would vote AGAINST the tax, that person did NOT get a call back offering transportation to the polls.

Furthermore, yesterday, Council member Denise Marcelle sent out a robocall asking people to vote FOR the CATS tax increase and telling them the number to call Reliant Transportation for a ride to the polls.

The number was repeated twice.

The impression of the call was that if you are FOR the tax, you should call this number for transportation.

Reliant contracts with CATS to provide CATS ON DEMAND, which provides medical transportation, work transportation, etc. or wherever a rider needs to go — at taxpayer expense.

Those vans have been paid for many times over by the taxpayers. Yet, those vans are the same ones that will be transporting people SUPPORTING the tax to the polls.

Louisiana law prohibits vote hauling and provides criminal penalties for doing so. An exception is made for public transportation but that exception was intended to make it clear that you can pay someone’s bus fare to go vote — not wholesale vote hauling which the entire rest of the law clearly prohibits. Moreover, the law certainly does not contemplate a company whose buses are funded by the taxpayers from using the buses to haul pro-tax voters to the polls.

It is a very big story and one that the people of Baton Rouge would want to know — but the media is NOT telling this story to the public!
The very idea that CATS ON DEMAND vans are hauling pro-tax voters to the polls is an attack on free and fair elections.

Turns out we’ve got a recording of the robocall, plus a bit extra – and it sure sounds suspicious…

Check back for continuous updates, as this is looking like one of the dirtiest elections in Baton Rouge in some time.