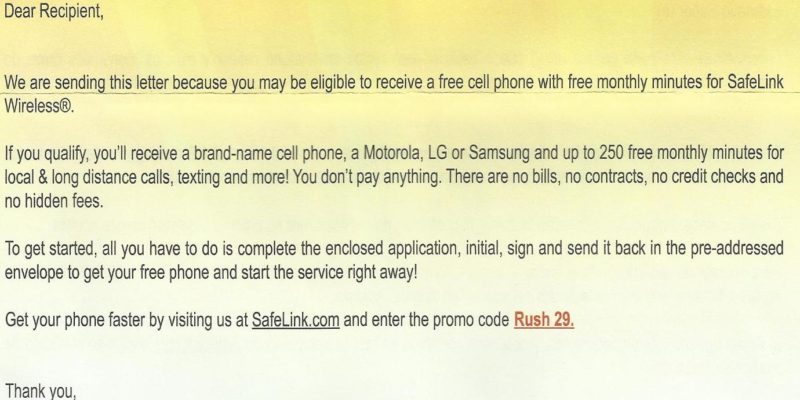 While taking my puppy-dog, Rosey, for her morning constitutional, I found this in my mailbox today: 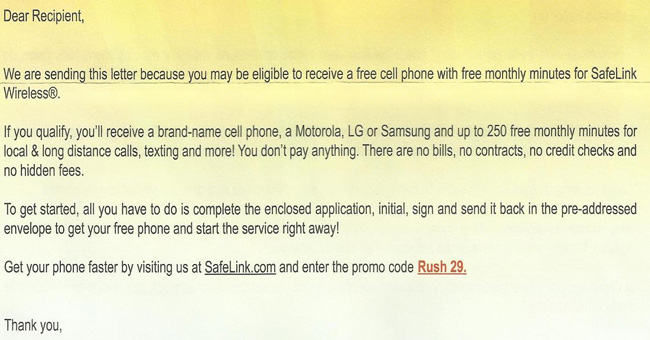 Now, mine might not be the nicest house in Ferriday—there are those situated on Lake Concordia and Lake St. John and other places that are better then mine—but I’m proud of it.

It was built by my great grandfather and stood empty and run down for a number of years. I have spent the last few years and tens of thousands of dollars bringing it back and it’s a rather nice bungalow now, I think.

I wasn’t sure how to take it that it’s assumed I might not be capable of paying for my own cell phone, though I appreciated that someone was thinking about me.

The missive was also printed in Spanish, which kind of puzzled me: 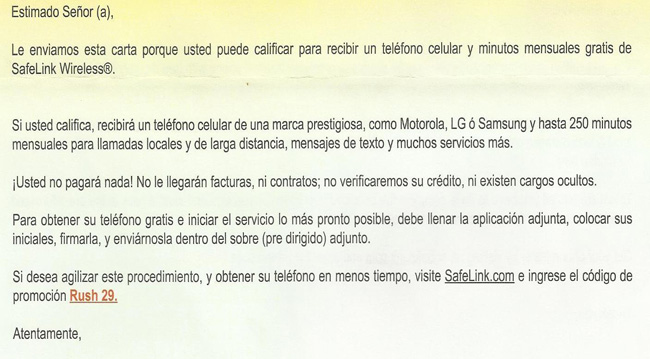 The Bonnettes left France for Louisiana well over 200 years ago and, as far as I know, we never spoke Spanish. My branch of the family abandoned the native tongue generations ago, so I was a little bit miffed that someone was thinking I might not be up on English.

This was all the more troubling, considering I have spent years of my adult like writing for newspapers printed in English. I remembered reading something once, however, about a condition called “Foreign Language Syndrome.” This is a bizarre, rare medical condition in which people who have had a stroke or head injury suddenly start speaking another language.

Were rumors swirling around town that I’m not only financially distraught, but I suffer from this affliction?

Looking into this a little more, I discovered that it’s the federal government that would be paying for my free cell phone by something called the Lifeline-Supported Service through the Federal Communications Commission.

There is a catch, however. To get free cell phone service, I also have to be receiving benefits through at least one of these programs:

For readers who might be suffering from Foreign Language Syndrome: 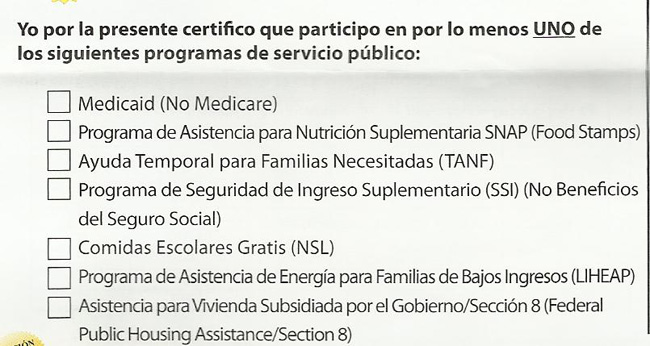 Unfortunately, I don’t qualify for free cell phone service, but I do feel better knowing that I might not be the only one getting this letter.

Those nice houses out on the lakes might even have gotten them—I hope so.

I also think it’s nice that the government is providing a faster way for unfortunates who can’t afford cell phone service to be able to get their phones faster through their Internet service. That’s got to be helpful.

While I’m comforted that the local rumor mill is most likely not churning out stories that I am destitute and suffering from a weird brain disorder, I’ve resolved to get out more. You never know what people might be saying about you.

Interested in more national news? We've got you covered! See More National News
Previous Article A Job That Regular Americans Won’t Do And Louisianians Shouldn’t Do…
Next Article FreedomWorks Puts Out Call In Support Of School Reform Senate Approval