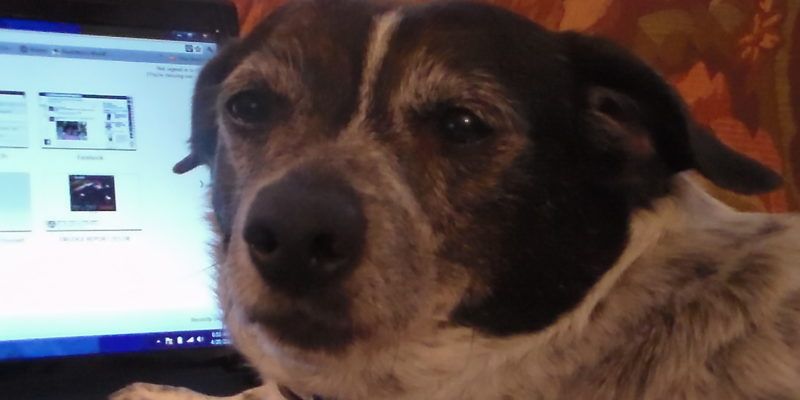 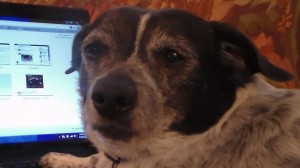 I’m Rosie and I’m a dog. This is my first sojourn on The Hayride.

I generally leave the blogging to Tom Bonnette—the guy I’m nice enough to let feed me, take me for walks and scratch my belly—as I’m usually employed in the much more important business of keeping his couch from levitating.

It’s a hard job because Tom usually has the television on cable news, which holds little interest for me and never really reports important stories, like the way speculators continue to push up hot dog prices.

Recent news stories about President Obama eating dogs as a child are so disturbing, however, that they prompted me to the Internet.

I’ve been aware of “Dog Against Romney,” a group of politically active pooches that have taken a hard-line against Republican Presidential Mitt Romney, for sometime now.

The groups primary beef against Romney if for taking his dog, Seamus, along on a vacation from Boston to Canada back in 1983, in a carrying crate that was strapped to the top of the family car.

First, I don’t condone this kind of thing nor anyone naming their dog Seamus.

A dog shouldn’t have to endure a 12 hour car trip on the top of a car, although I can understand how some dogs might be into that kind of thing—as Romney claims his dog was. No dog is into being named Seamus, so Romney’s judgement must be called into question.

Still, I have a Catahoula Cur pal that enjoys riding around town in the back of pick-up trucks and I know a German Shepard that loves to stick his head out of the window on car trips and scare the bejesus out of humans driving other cars by barking at them at red-lights.

To each his own, I guess, but I don’t really get it.

Dogs Against Romney was started by a pooch named Rusty, who has made it his life mission to derail the former Massachusetts governor’s presidential ambitions because of his treatment of Seamus.

Given that Rusty is such a dog-rights advocate, I figured that he would come out at least as hard against Obama now that it’s been brought to light that he used to eat dogs as a boy growing up in Indonesia.

I went to the Dogs Against Romney website to see what he was saying about all of this and was shocked at what I found. Believe it or not, ol’ Rusty is making excuses for Obama for chowing down on his fellow canines as a kid. 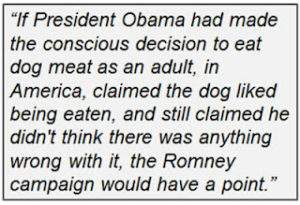 Reading a little further, I found that Rusty has no problem with what Obama did because he thinks a 10 year-old boy couldn’t possibly have known any better living in a another country where eating dogs was the norm.

I was reminded that Democrats keep saying us that despite all those birthers out there telling us that the president was born in another country, he is in-fact a true-blue American who was born in Hawaii—as American as apple pie. Yeah, right. 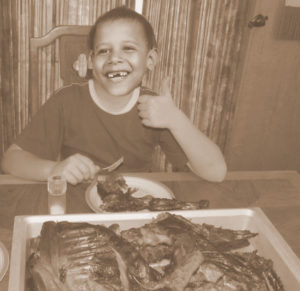 I questioned Tom, born and reared in Louisiana, if any 10 year-old American kid he ever knew would eat dog.

He said that he might be able to think of one or two sickos he knew growing up that might do it on a fierce double-dare, but even that was questionable.

Tom assured me that he would have had to been strapped to a table with hot pokers applied to be forced to feast on Fido as a kid.

There is an annoying thing that I’ve noticed about humans. Many of them seem to think that their pups are above reproach because their brains haven’t fully gelled and can’t know what they are doing.

Can I remind them that Mozart was eight years-old when he wrote his first symphony, yet Obama—supposedly the most brilliant president we have ever had— was scarfing down schnauzers at about that age?

One of my favorite authors is Mark Twain, who wrote the timeless classic “A Dog’s Tale” He is also the author of a few other books nearly as good about American boys named Tom Sawyer and Huckleberry Finn. Those characters go on adventures in which they outsmart about every adult they come across—from old Aunt Polly to Injun Joe—,discover hidden treasure and navigate a raft up-stream on the Mississippi River to help bring a runaway slave to freedom. Think any grown-up would have gotten away with feeding them dog? Nope, not by a long shot.

Obama ate dogs, though. He ate them, being a kid is no excuse. I think that the question that needs to be asked now is when did he STOP eating dogs. Has he ever stopped? That’s a question I would like to know, but I’m not brave enough to ask him without a big pit bull backing me up.

A group like Dogs Against Romney that would come out as fervently against Romney for riding a canine on top of his car and would give Obama a pass for eating them raises suspicion.

Could it be that there is more to this and these mutts are really a bunch of Democratic-doggie hacks? Might their big problem with Romney be that he is a Republican and not Seamus’ wild ride 30 years ago?

I knew that there had to be more to this. I was right.  There’s more…a whole lot more.

I won’t reveal my sources, let’s just say I’m good friends with a guard dog that works at The White House: 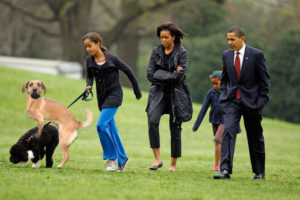 I can’t be for certain, but that sure looks a lot like ol’ Rusty in the photo. Shocking beyond words! The outrage over Romney while excusing Obama is starting to make sense.

I just thought you should know that like everything else concerning this president—nothing is as it seems. It’s a dog-gone shame.

UPDATE: After Rusty decided to engage this blog with a Facebook attack, Tom gave him the chance of coming clean with his relationship with the Obamas and Bo, in particular.

Since he is ducking and running with his tail between his legs, I have no choice to post a photograph from Obama’s college years that was dropped into my paws. I think it’s pretty clear just how deep this scandal runs: 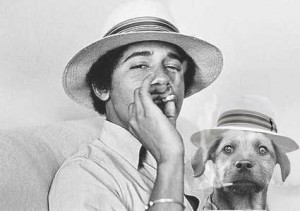 Interested in more national news? We've got you covered! See More National News
Previous Article They Said What?
Next Article Balancing The Bubble